A magnificent work reborn, greater than ever.

EDITOR’S NOTE: The designer has said the statue will be an “emblem of globalization,” the only false note I detected. If that means that Jewish money-men are involved, there is a danger that the features of the Colossus will be made to look non-European, which would be a horrible travesty. But if the vision shown in the promotional video is adhered to, this will be an inspiring work.

THE ORIGINAL, a 30m statue of the god Helios in the Greek city which collapsed in the Third Century, will be replaced by a 150m structure — five times the size of the original. (ILLUSTRATION: Monolithic: An artist’s impression of the new Colossus of Rhodes)

The Colossus of Rhodes — one of the Seven Ancient Wonders Of The World — may be resurrected as part of a bold new £183 million plan.

The striking design will straddle two long piers in the harbour — as legend states the original did — and hold a huge beacon above its head.

But unlike the original, this new tourist attraction will have a library, museum — and shops.

The first Colossus was built using cash generated by the sale of discarded military equipment abandoned after an aborted siege of the city.

But this time a projected tourism boost of 35 million euros is expected to pay for the monolith.

The ‘skin’ of the sun god will be made of solar panels to power the lighthouse in the beacon, which will be visible from the Turkish coast 35 miles away.

“We’re not out to replicate the ancient Colossus,” architect Aris A. Pallas, 29, told The Times.

“We want to revive the symbolism it imbued, pooling human and financial resources together from across the globe, making it an emblem of globalisation while reviving the historical and cultural significance traditionally attached to the Colossus of Rhodes.”

Of the seven great wonders of the ancient world only one still stands — The Great Pyramid of Giza.

The others are The Hanging Gardens of Babylon, the Statue of Zeus at Olympia, the Temple of Artemis at Ephesus, the Mausoleum at Halicarnassus, the Colossus of Rhodes and The Lighthouse of Alexandria.

Turkey is Buying Oil from ISIS via Israeli Middleman 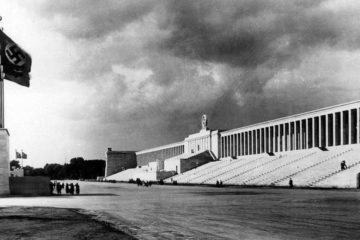 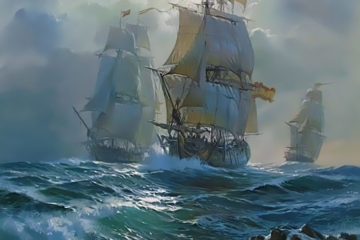