Loretta Lynch Says to Muslims ‘We Stand With You in This’

EDITOR’S NOTE: Officials refuse to admit that a war is taking place, because that war is a part of the agenda of the Inner Party that issues their marching orders. Naturally, they also refuse to acknowledge that the Inner Party — that is, the Jewish power structure — fomented this war and opened the gates to the Muslims in the first place.

ON THURSDAY, Attorney General Loretta Lynch (pictured), speaking at the Muslim Advocate’s 10th anniversary dinner, shockingly refused to focus on the Muslim community after the terrorist attacks committed by Muslims in San Bernardino and Paris, instead. She reassured her audience, “We stand with you in this.”

In another astonishing moment, Lynch said that since the Paris attacks, her greatest concern has been the “incredibly disturbing rise of anti-Muslim rhetoric … that fear is my greatest fear.” One hundred thirty people were massacred by Muslim terrorists in Paris last month, added to the 17 killed in the Charlie Hebdo and kosher supermarket attacks in Paris, plus the 14 slaughtered in San Bernardino, the 13 soldiers murdered at Fort Hood, and the four Marines killed in Chattanooga. Lynch would not say how many Muslims have been killed in the United States because of backlash.

Lynch pontificated, “When we talk about the First Amendment we [must] make it clear that actions predicated on violent talk are not American. They are not who we are, they are not what we do, and they will be prosecuted … My message not just to the Muslim community but to all Americans is ‘We cannot give in to the fear that these backlashes are really based on.’”

The Obama Administration has been loath to ascribe any religious motive to Muslim terrorists, with the Defense Department referring to the Fort Hood slaughter as “workplace violence,” Obama himself saying the murderers at the kosher Paris supermarket “randomly shoot a bunch of folks in a deli in Paris,” and Obama assiduously avoiding any reference to Islam or Muslims in his statement after the massive Paris terror assault.

Deal with Muslim Acts of Terror as Acts of War, not Crimes.

Putin May Look Like an Ethno-Nationalist, But He’s Far Too Cozy With Certain Jews and Muslims 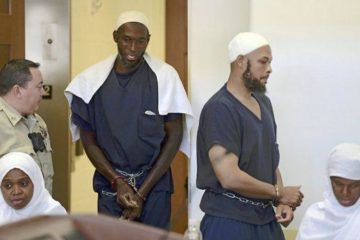 Loretta Lynch Says to Muslims ‘We Stand With You in This’