EDITOR’S NOTE: Societies that attempt to achieve “full and pure equality” soon cease to exist. There has never been, and never can be, such a thing. And, if there could be such a thing, it would be undesirable and harmful.

IN LIGHT OF the Pentagon’s recent decision to open all jobs in combat units to women, it puts a new focus on comments made by the Secretary of the Army back in October.

Army Secretary John McHugh has said if women are going to be on equal footing as men across the military then, they will eventually have to enter the draft.

“If your objective is true and pure equality then you have to look at all aspects” is what McHugh said when asked about the prospect of women in the draft.

He isn’t the first military leader to come out in support of this, retired Navy Adm. Eric Olson, former commander of the SEALs and the Special Operations Command, as well as Air Force Secretary Deborah James.

The debate over women’s combat roles has been an emotional one thus far, and the prospect of women joining the 17 million males between the ages of 18-25 registered for the draft will surely intensify the discussion.

Women will eventually have to register for the draft if “true and pure equality” is to be realized in the U.S. military, Army Secretary John McHugh said Monday.

“If your objective is true and pure equality then you have to look at all aspects” of the roles of women in the military, McHugh said, and registration for the draft “will be one of those things. That will have to be considered.”

McHugh said draft registration was not a subject to be decided by the services or the Department of Defense, and will ultimately have to be dealt with by Congress. He expected a “pretty emotional debate and discussion.”

Trump to Jews: I Love You But I Don't Want Your Money 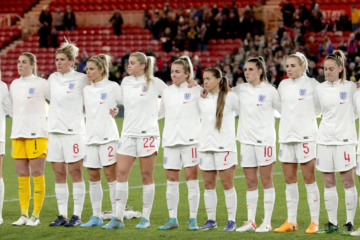