Why the Disparate Impact Doctrine is Bad Law 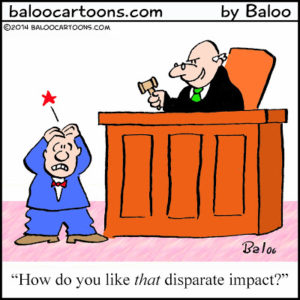 ABOUT 10% of the members of the US House of Representatives are blacks, but five of the six of the Representatives who were under review by the House Ethics Committee in March 2012 were black. Go back three years, to 2009, and you would find that all seven of the Members of Congress who were being investigated for ethics violations were blacks, with a suspended investigation regarding an eighth Member, Rep. Jesse Jackson Jr. of Illinois, yet another black. Congressional investigation into the charges against Rep. Jackson was halted when the US Department of Justice opened a substitute inquiry — which apparently went nowhere.

The only two Representatives formally charged with ethics-related crimes in recent years were Charles Rangel (New York) and Maxine Waters (California), and both of them are blacks. Also, Roland Burris, a Senator from Illinois and one of very few blacks in the US Senate, was reprimanded by the Senate Ethics Committee in 2009. Altogether, about a third of the black federal lawmakers sitting as of 2012 were or had been the subject of ethics inquiries.

“Those are the facts, as Cleaver said. The question is why so many African-American members have been in the ethics spotlight. In interviews with more than a dozen members of the CBC, an unsettling thread emerges: They feel targeted.” [From “Conspiracy Theories,” an article by Shane Goldmacher, a congressional correspondent for the National Journal.]

Blacks believe a lot of nonsense. There are two reasons for why blacks get into trouble on account of mischief-making more often than whites do. The lesser reason is that black troublemakers are usually less intelligent than their white counterparts, and are more prone to overestimate their own cleverness or to underestimate that of those whose job it is to identify and apprehend troublemakers. So while there might be a slight bias against blacks in the process of detecting malefactors, it isn’t due to racism. It is, rather, the result of black cognitive shortcomings.

The bigger reason is that blacks are less moral than whites are. The average black is much more prone to cheat, to steal, to fornicate, to bear false witness, to abuse power for self-gratification, for self-enrichment or for self-aggrandizement, as compared with the average white. Yes, whites do all of these things too. But blacks do them more. Far more.

Here we find one of the reasons for why the “disparate impact” doctrine is corruption and bad law. It would require detectives to ignore a certain percentage of the misdeeds of black criminals who, though no fault of their own, are somewhat stupider than white criminals. Allowances must therefore be made. Black robbers must be set free. Black rapists must be winked at. Black murderers must receive a second chance. The sentences of black criminals must be less severe than those of white criminals who have committed exactly the same crimes. And so on. So that a disparate impact is avoided. Thus the requirement to avoid disparate impact introduces real racism against whites into the laws, under the pretext of fighting imaginary racism against blacks.

I doubt very much that ethics investigators have profiled black legislators as being more likely to commit ethics violations than white ones. Even though a strong trend in the history of ethics violations had long ago more than justified such profiling, actually doing it remains politically very taboo — as if it were an ethics violation to assume that their might be some fire in the direction from which you continually see and smell smoke.

“There could be no other explanation, many said, for what they see as disproportionate treatment at the hands of ethics investigators.”

Sure there is. That self-serving lie is so obvious that it’s funny that the blacks expect us to believe it.

The Jewish Contribution to the European Integration Project 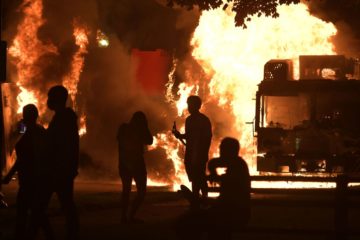 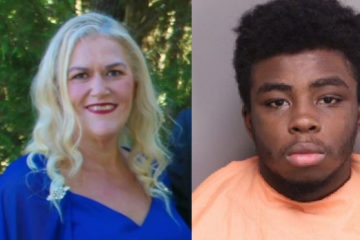 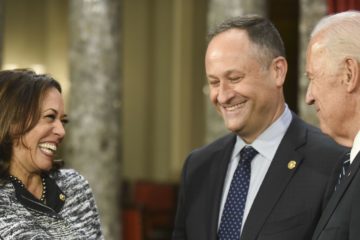 Do not forget William Jefferson DEM. Louisiana though This may not be ethical violation since he just “found” 99 thousand in his ice box, a gift from his Jewish elect committee. But Queen of Sodom, Nancy, who had promised the most ethical congress knows it was not because she had it planted there. Anyway it is not unethical to steal for congress; it is “how” you steal that is unethical. They ( Black Caucus) just never have learnt discretion, a white privilege. I must defend Charles Rangel DEM ,JY. One of his a-kown-tants may have forgotten to report source or made an honest error. He has so much money you understand , he should not be expected to count it himself and he is much too busy a man to… Read more »

Why the Disparate Impact Doctrine is Bad Law