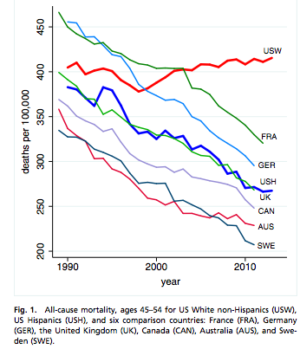 AT THE RIGHT is a graph (click to enlarge) from that paper by the quasi-Nobel laureate in Economics and his wife:

“This paper documents a marked increase in the all-cause mortality of middle-aged white non-Hispanic men and women in the United States between 1999 and 2013. This change reversed decades of progress in mortality and was unique to the United States; no other rich country saw a similar turnaround. The midlife mortality reversal was confined to white non-Hispanics; black non-Hispanics and Hispanics at midlife, and those aged 65 and above in every racial and ethnic group, continued to see mortality rates fall. This increase for whites was largely accounted for by increasing death rates from drug and alcohol poisonings [overdoses], suicide, and chronic liver diseases and cirrhosis. Although all education groups saw increases in mortality from suicide and poisonings, and an overall increase in external cause mortality, those with less education saw the most marked increases. Rising midlife mortality rates of white non-Hispanics were paralleled by increases in midlife morbidity. Self-reported declines in health, mental health, and ability to conduct activities of daily living, and increases in chronic pain and inability to work, as well as clinically measured deteriorations in liver function, all point to growing distress in this population. We comment on potential economic causes and consequences of this deterioration.” …

The increase in deaths are much worse at the bottom of the educational scale, but note that this phenomenon isn’t just caused by less educated whites being more of a hard core than in the past: the upward sloping red line is for all whites in the age 45-54 bracket. To use Charles Murray’s terms from Coming Apart, the death rate is still falling in Belmont while it has skyrocketed in Fishtown.

Discussion The increase in midlife morbidity and mortality among US white non-Hispanics is only partly understood. The increased availability of opioid prescriptions for pain that began in the late 1990s has been widely noted, as has the associated mortality (14, 20‒22). The CDC estimates that for each prescription painkiller death in 2008, there were 10 treatment admissions for abuse, 32 emergency department visits for misuse or abuse, 130 people who were abusers or dependent, and 825 nonmedical users (23). Tighter controls on opioid prescription brought some substitution into heroin and, in this period, the US saw falling prices and rising quality of heroin, as well as availability in areas where heroin had been previously largely unknown (14, 24, 25).

The epidemic of pain which the opioids were designed to treat is real enough, although the data here cannot establish whether the increase in opioid use or the increase in pain came first. Both increased rapidly after the mid-1990s. Pain prevalence might have been even higher without the drugs, although long-term opioid use may exacerbate pain for some (26), and consensus on the effectiveness and risks of long-term opioid use has been hampered by lack of research evidence (27). Pain is also a risk factor for suicide (28). Increased alcohol abuse and suicides are likely symptoms of the same underlying epidemic (18, 19, 29), and have increased alongside it, both temporally and spatially.

Although the epidemic of pain, suicide, and drug overdoses preceded the financial crisis, ties to economic insecurity are possible. After the productivity slowdown in the early 1970s, and with widening income inequality, many of the baby-boom generation are the first to find, in midlife, that they will not be better off than were their parents. Growth in real median earnings has been slow for this group, especially those with only a high school education.

However, the productivity slowdown is common to many rich countries, some of which have seen even slower growth in median earnings than the United States, yet none have had the same mortality experience (lanekenworthy.net/shared-prosperity and ref. 30). The United States has moved primarily to defined-contribution pension plans with associated stock market risk, whereas, in Europe, defined-benefit pensions are still the norm. Future financial insecurity may weigh more heavily on US workers, if they perceive stock market risk harder to manage than earnings risk, or if they have contributed inadequately to defined-contribution plans (31).

A bottle of Vicodin as Fishtown retirement planning?

Our findings may also help us understand recent large increases in Americans on disability. The growth in Social Security Disability Insurance in this age group (32) is not quite the near-doubling shown in Table 2 for the Behavioral Risk Factor Surveillance System (BRFSS) measure of work limitation, but the scale is similar in levels and trends. This has been interpreted as a response to the generosity of payments (33), but careful work based on Social Security records shows that most of the increase can be attributed to compositional effects, with the remainder falling in the category of (hard to ascertain) increases in musculoskeletal and mental health disabilities (34); our morbidity results suggest that disability from these causes has indeed increased. Increased morbidity may also explain some of the recent otherwise puzzling decrease in labor force participation in the United States, particularly among women (35).

Perhaps painkiller overdoses, mental health declines, reported pain, disability, dropping out of the labor force, lower wages, and The Big Unmentionable (immigration) all tie together. As Hispanics flooded in, lowering wages, blue collar whites felt less motivated to stay in the labor force as they aged and their bodies got creakier. Getting on disability requires, I imagine, an ability to get doctors and other authority figures to believe your account of musculoskeletal and/or mental health disabilities. The most effective way to get other people to believe you are disabled by physical and mental pain is to believe it yourself. And if you tell the doctor your back is killing you so much you can’t work and you persuade him, he’ll likely write you a prescription for some pills.

P.S. In the post above, I offer another factor as a theory, a generational explanation.

Why So Much Jewish Fear and Loathing of Donald Trump?

Ireland: Judge Orders Jail for Artist Who Said Jewish "Holocaust" Was a Hoax 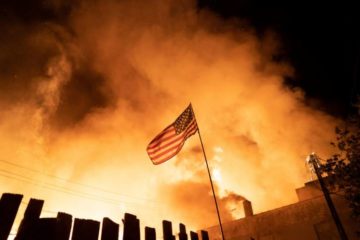 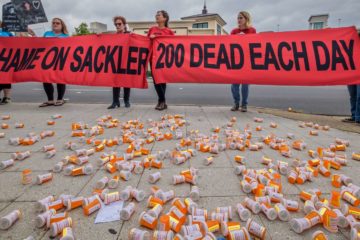 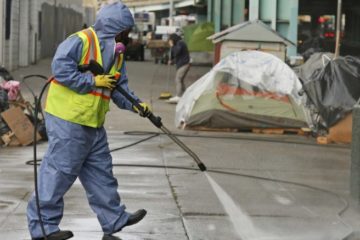