FOR THE SIXTH time in a year, Islamic terrorism has struck France—and this time more viciously than ever before. Since then, from all corners of the world, there have been countless outpourings of friendship, salutation, and support for the admirable courage with which the French people have faced these trials. Everywhere it is sung, the Marseillaise embodies our universal determination, our unwillingness to yield to the barbarism of Islamic fundamentalism. Charles De Gaulle once said “There exists an immemorial covenant between the grandeur of France and the freedom of the world.” I am convinced the world recognizes this truth. (ILLUSTRATION: French leader of the French Far-right party Front National (FN) Marine Le Pen arrives at the Elysee Presidential Palace for a meeting with French President Francois Hollande in Paris on Nov. 15, 2015)

And yet, if the enemies of liberty have decided to attack France with such barbarity, its because over decades our country has forgotten that liberty must be organized, that it must be defended, that it is a kind of power which must be nurtured. To forget that truth weakens freedom.

Liberty is exercised in the context of national community. It is armed with the principles of common sense, principles without hate. It is synonymous with a nation defined by strong borders, defined by our values, defined by our way of life, which is appreciated around the world.

Too often, we have confused hospitality with blindness. Not all of those we’ve opened our doors to have come to France with a love of our way of life. Today, under pressure from a European Union that renders us weaker and less free, France faces a cruel reality: It only takes a dozen terrorists—some French in nationality, but not spirit, and others capitalizing on the poorly managed migrant crisis—to take the lives of at 129 of our countrymen. It is up to us to affirm, without hesitation, that France’s freedom was built over centuries intentionally and collectively. That’s what defines a nation.

From here we must take a series of common-sense steps: We must reinvest in our police forces, our border security, our military. We must reverse a decade of disastrous budgetary decisions. We must reclaim our national borders permanently and rescind French citizenship to dual-national jihadists because they do not deserve to be considered French. We must close radical mosques, which are a site of hate. We must stop welcoming thousands of migrants and regain our national sovereignty.

We must also clarify Islam’s role in France. Our Muslim compatriots must no longer be hostage to radical Islamists. French rule of law and a renewed commitment to secularism will liberate them.

There is more: the threat we face calls us to ally with those who fight fundamentalist Islam. For a long time, I have been calling for a revision of French diplomatic policy in Africa and the Middle East. Let’s stop undercutting sovereign states, as Nicolas Sarkozy did disastrously in Libya in 2011. We need to work with Russia, Syria and Iran as well as other foreign powers including the United States which are fighting radical Islam. Let’s bring to a halt the obsolete cold wars and incestuous relationships with untrustworthy countries—I mean specifically Turkey or Qatar.

France has overcome numerous challenges in its long history. Our capacity to rebound has never failed. Many in the world know that a strong France, faithful to itself and master of its own destiny, is indispensable to world peace. Let us stand together. It is the only way to defeat, once and for-all, fundamentalism and the enemies of liberty. 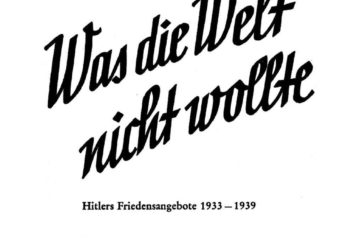 Not surprising since she has been shagging a kike for the past ten years or so. Anyone who does not name the jew is not worth a toss.

“Radical islam” is a term that can be mutated to mean whatever the creators desire it to mean. Kind of like “racist”, “supremacist”, “extremist” here in America. Don’t fall for it. Don’t agree to let them decide what words/phrases that are used.