This is how cultures fall as racial replacement takes place; we Whites need our own church and our own society.

THE SERVICE that installed Michael Bruce Curry (pictured) as presiding bishop of the Episcopal Church on Sunday would have been unrecognizable to Episcopalians of the last century. And congregants say that’s a good thing.

The denomination’s first African-American presiding bishop was instated in a ceremony led by female bishops, openly gay reverends and even a Jewish rabbi. After a spirited opening by a gospel choir, Episcopal leaders filed into the imposing National Cathedral in Washington, D.C., to the sound of guitars guiding a Spanish hymn and a Native American drumming prelude.

“Don’t worry. Be happy! God has not given up on the world, and God is not finished with the Episcopal Church yet,” Curry declared, his voice echoing through the cavernous cathedral and soon drowned out by resounding cheers and applause.

Curry faces the daunting task of revitalizing a splintered denomination that has lost more than a quarter of its flock in the past decade.

His sermon to the more than 2,500 people packing the cathedral was “classic Michael Curry,” his friends said. He needled, he reflected, he reassured.

“Racial reconciliation is just the beginning for the hard and holy work of real reconciliation that realizes justice but really across all the borders and boundaries that divide the human family of God,” he said.

“Today is a spectacular day because the election of an African-American bishop opens a new horizon that really just gives us so much hope for the future of the church,” the Rev. Gladys Diaz of New York, N.Y., said in Spanish, adding that it could even be a Hispanic bishop next time.

An emotive man whose sermons often resemble the energetic oratory of a Southern preacher, his voice often dropping to a dramatic whisper before a booming exclamation, Curry may seem an eccentric choice to lead the church’s 1.8 million Episcopalians.

“Some people say that he doesn’t sound very Episcopalian, but no person does; preaching style is as wide and varied as people and experiences in the church,” said the Rev. Sandye Wilson, a friend of Curry’s who is the rector of St. Andrew and Holy Communion Episcopal Church in South Orange, N.J.

“He emphasizes being authentic, and having others find authenticity in their own voices,” she said.

After the death of his mother when he was in middle school, Curry was raised by his Baptist grandmother, the daughter of North Carolina sharecroppers and the granddaughter of slaves. After graduating from Yale Divinity School in 1978, he started his career as a rector in Winston-Salem and went on to lead parishes in Lincoln Heights, Ohio, and Baltimore, Md., where he guided the church restoration after a devastating fire and was active in brokering millions of dollars of investment in inner-city neighborhoods. He served as bishop of North Carolina for 15 years before being elected as presiding bishop this summer.

In recent years the church has moved toward increasingly progressive positions, including sanctioning gay marriage and the ordination of women. Curry is replacing Presiding Bishop Katherine Jefferts Schori, the first woman to hold that office.

But the consecration as bishop of openly gay priest Gene Robinson in 2003 proved to be a breaking point for more conservative members of the church. Six dioceses have since left the Episcopal Church, including South Carolina, which withdrew in 2012 over the church’s liberal doctrines to become its own autonomous Anglican diocese. Others aligned themselves with more conservative dioceses in Africa and South America.

Under Bishop Schori the church became involved in costly legal battles against the separatists. She took a firm stance on the ownership of church properties occupied by congregations that had split, which cost the denomination roughly $42 million in court expenses.

Curry’s fans and colleagues say his background and experience make him the ideal candidate to lead the church through this time of upheaval.

“He was very much a product of coming of age during the civil rights movement, and his passion for inclusion is very much rooted in his experience as an African-American man who has experienced exclusion,” said the Rev. Lisa Fischbeck, vicar of the Episcopal Church of the Advocate in Chapel Hill. 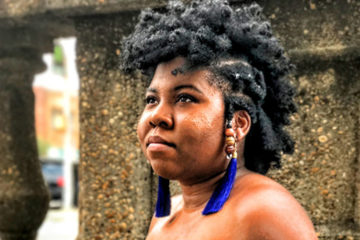 So is this one a poofter as well? Bloody hell!!!!

What a sad tale of sad turns through sad characters. One couldn’t write that all into daytime TV soap. Curious as Columbo about who divinely inspired the fire that launched his successful restoration fundraiser.