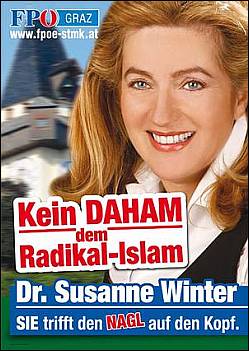 Millions of people fear to speak the full truth; we all need to lose that fear: When we speak it unafraid in our millions, we will be unstoppable.

AUSTRIA’S FAR-RIGHT FREEDOM PARTY (FPO) said on Monday it had expelled a member of its parliamentary group over anti-Semitic comments on Facebook and called on her to give up her seat.

The Freedom Party, which several polls suggest is the most popular in Austria, has gained support with an anti-immigration message during a massive influx of migrants into Europe, and has called for a border fence to be built around the country.

But the remark on Facebook last week, in which MP Susanne Winter expressed support for an anti-Semitic comment, had crossed a “red line”, her party said in a statement.

Winter, an MP since 2008, on Friday posted a link to an article in the German news magazine Der Spiegel that said Hungarian Prime Minister Viktor Orban had blamed Europe’s migration crisis in part on what he described as a prominent financier’s support for human rights initiatives.

Another user responded to the posting with a comment that included the phrase, “The Zionist money-Jews worldwide are the problem,” according to Austrian media.

Winter replied: “You take the words out of my mouth :-) There is a lot I am not allowed to write. That is why I am all the more pleased by brave, independent people!”

“Given that up to this point in time no announcement has been made as to the resignation of Susanne Winter, she is hereby excluded from the Austrian Freedom Party with immediate effect. In addition, the FPO continues to call for her to give up her mandate (in parliament),” the party said in a statement.

Winter, a member of the Austria-Israel parliamentary group, has since deleted the exchange. She was not immediately available for comment on Monday but denies being anti-Semitic.

“Anti-Semitic ideas were, are and will always be completely abhorrent to me and I do not support this body of thought!” she said on Facebook on Sunday, the day the main Jewish community group called her “a disgrace to the Austrian parliament”.

Her Facebook exchange was also condemned by members of Austria’s main political parties and the speaker of parliament.

Freedom Party leader Heinz-Christian Strache, who failed last month in his bid to become mayor of Vienna, has denounced anti-Semitism on the campaign trail.

In 2012, however, he was accused of posting an anti-Semitic cartoon on his Facebook page. Austrian President Heinz Fischer Fischer called it “the low point of political culture, which deserves to be universally and roundly condemned”.

The cartoon showed a fat banker with a hooked nose and six-pointed star buttons on his sleeve gorging himself at the expense of a thin man representing “the people”.

Strache denied being anti-Semitic, after the cartoon provoked an outcry and prompted demands from the Jewish community that the political establishment condemn the act.

Slavery Didn't Happen As You Were Taught In School 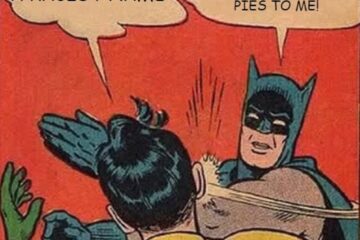 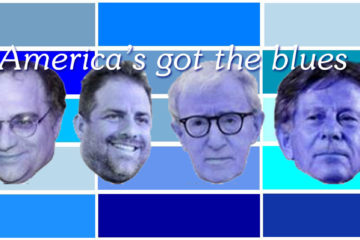 Frau Diktor WInter MP has fallen from grace . She denied the basic principle that all are anti-Semitic and lost sinners. DO they not know that the Pharisees will condemn them just for being alive?

Does she not know that her confession rededication to Israel can not help her, that she is just another innocent lamb with an eternal debt.

She may bah and sob and plead innocence but that is why she was chosen. Her “friends” will disown her and alone her pretty , delicate throat will suffer the icy , sharp censor of the merciless Pharisee’s knife.

Once one could think FPO offered hope; how foolish.

Once again your own kind will sell you out because they dont have the bollocks to tell the kikes to piss off. Happens every bloody time. Wankers.

I’m amazed they didn’t drag her into constitutional court and lock her up. Nowhere is breathing as much as 1 syllable even slightly critical of Jews more VERBOTEN than in Germany and Austria.
Btw, calling the FPÖ ‘right wing’ is misleading, there haven’t been any truly ‘right’ parties in Europe since the early 1920s.

The disgrace is that there’s a single Jude in Oesterreich-or in any Euro reich.