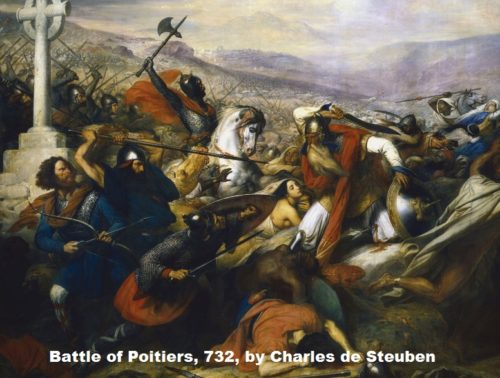 I SUPPOSE I’m like most men in that shopping is not a favourite chore; as far as possible I try to decide exactly what I want, go in and get it and come out as quickly as possible. But, being a bookworm, I make an exception for bookshops and will browse at length before coming out, very often, with nothing. So the other day I found myself in my local Waterstones and noticed – not for the first time – that there is a section of shelving called “Horror and Fantasy”. Horror stories always sell, although ghost stories (another standby of yesteryear) seem, appropriately, to have vanished into thin air. What I particularly noticed this time was that books in the Horror genre are now heavily outnumbered by those in the Fantasy category. Once upon a time, Fantasy was largely limited to Tolkien, Mervyn Peake, and a handful of pulp authors; Tolkien is still there but he has been joined by Charles R.R. Martin (“Game of Thrones”) Robert Jordan and countless others.

Now I do not pretend to have read all this stuff (although I do plead guilty to Tolkien and Martin) but what all these works appear to have in common are two things – a more or less medievalesque setting (knights, dragons, castles etc.), and, in the background, a mighty civilization which has collapsed, but for whose remains the heroes and villains do battle. Such works of heroic fantasy – like horror stories, ghost stories, crime novels, historical fiction, science fiction – are only enjoyable from a safe distance; we would all very much prefer NOT to find ourselves in such circumstances, and yet (and here, at last, you can probably see where I am going) we are heading straight into one of those collapsed civilization scenarios, and escapist fiction will be all too close to reality.

I write, of course, of the present mass invasion of Europe by hundreds of thousands of illegal immigrants from every corner of the Moslem world. This is nothing new in western Europe, but for long it was “a cloud no larger than a man’s hand”; now it has grown to cover most of the sky and bids fair to swallow it entirely. This third great Moslem invasion of Europe is even more dangerous than those which were halted at Poitiers by Charles Martel, and at Vienna by Sobieski, because the enemy is already within the gates and the West (Eastern Europe may be a different matter) is simply too decadent to resist. Once Islam is in a commanding position within our societies no part of our familiar world will be safe – ever.

The decadence of the West is a profound psychological sickness which may stem ultimately from the catastrophic shock which was administered to a settled and orderly society by the events of 1914 to 1945, but whatever the ultimate cause may be the symptoms are all around us and are all too familiar – the rejection of patriotism, the rejection of all restraints on personal behaviour (no matter how base), the pursuit of pleasure and self- indulgence. Of all the symptoms of decadence, a loss of belief in the value and the future of our societies is the worst, and the most dangerous, because it is the underlying cause of the collapse in the birth rate throughout western Europe since about 1970. For two generations our birth rates have been well below replacement level and of nowhere is this more true than of Germany where the average woman now has only 1.3 children (the lowest level in the world) compared with a replacement level of 2.1.

That is the same Germany which has precipitated the present phase of the crisis by throwing open its doors to the entire population of Syria, such is its pathetic eagerness to be liked. The Moslems, whether Syrian or not, suffer from none of the symptoms; they have an iron moral code, a strict family life, a high birth rate and a belief that fecundity is ordained by God. Who is going to be ruling Germany when our grandchildren are drawing their old age pensions?

Yet it need not be like that. The on-going collapse in the white population of Europe (the historian, Niall Ferguson, has said that it will be the greatest loss of European life since the Black Death) will leave gaps which must be filled. Could those gaps yet be filled by White Europeans? Of course – we still greatly outnumber the invaders; if even a proportion of Europeans could throw off our psychological sickness we could in time recover everything. How? How can we throw off the death spiral of decadent liberalism and replace it with abundant life? By rediscovering a philosophy which places country, family and fertility before all things, and which will ensure that our descent shall inherit our homelands. In other words, by rediscovering the fundamental principles of Race and Nation.

Special Treatment
Furrow-Maker
In the Twilight
Putin to Russians: Western Europe Has "No Future"; Do Not Follow Their Example
How One Came, as Was Foretold, to the City of Never
A Mighty Dose of Poison
The Old Brown Coat
Compromise
Tags:FantasyHorrorIslamic invasions of EuropeJ.R.R. TolkienLiteratureThe West