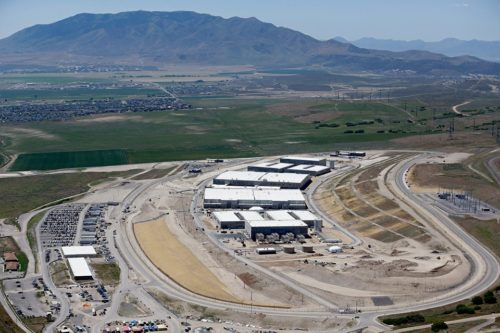 IT MIGHT be prudent to view the world, conceptually, in terms of “pre-May 2014” (when the Utah Data Center was completed — that’s how recent it is) and “post-May 2014.” Evidently the facility pools data from all intelligence agencies, not just the NSA. (ILLUSTRATION: The Utah Data Center, south of Salt Lake City. Cooling its servers requires almost 2 million gallons of water a day. Is it, as security writers have alleged, a uniquely vulnerable prop of the Washington regime’s power?)

“The Utah Data Center, also known as the Intelligence Community Comprehensive National Cybersecurity Initiative Data Center,[1] is a data storage facility for the United States Intelligence Community that is designed to store data estimated to be on the order of exabytes or larger.[2] Its purpose is to support the Comprehensive National Cybersecurity Initiative (CNCI), though its precise mission is classified.[3] The National Security Agency (NSA) leads operations at the facility as the executive agent for the Director of National Intelligence.[4] It is located at Camp Williams near Bluffdale, Utah, between Utah Lake and Great Salt Lake and was completed in May 2014 at a cost of $1.5 billion.[5]

“According to an interview with Edward Snowden, the project was initially known as the Massive Data Repository within NSA, but was renamed to Mission Data Repository due to the former sounding too “creepy”.

“The data center is alleged to be able to process “all forms of communication, including the COMPLETE CONTENTS [emphasis added] of private emails, cell phone calls, and Internet searches, as well as all types of personal data trails—parking receipts, travel itineraries, bookstore purchases, and other digital ‘pocket litter’.”

“[Whistleblower] William Binney, a former NSA technical director, has said that the facility was built to store recordings and other content of communications, not only for metadata.”

British Intelligence and the Secret Banning of Jews
Facebook Spies on Your Offline Life to Decide If You're a "Hate Agent"
Senior Russian Lawmaker Seeks Ban on Windows 10 in State Agencies
The Regime in Washington Can't Be Trusted With Our Data
FBI Says That Citizens Should Have No Secrets That the Government Can’t Access: The Orwellian Cyber ...
Mubtakkars and the Enemy Within
A $200 Privacy Device Has Been Killed, And No One Knows Why
Here's What Jewish Google and Jewish Facebook Know About You
Tags:CybersecurityEdward SnowdenIntelligence AgenciesPrivacyRegime in WashingtonUtah Data CenterWilliam Binney 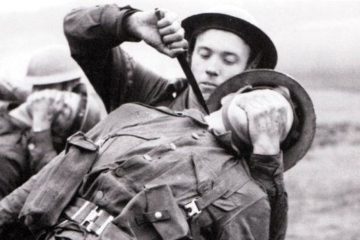 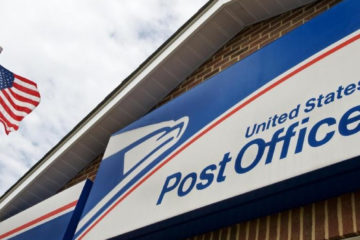 Sounds like the Utah Raptor — thief of Utah — except the dinosaurs operated with an open book — they didn’t pretend to be something they weren’t.

What a waste of our natural resources!
When this computer crashes
I’m gonna laugh like hell!