Zionist murderers aren’t prosecuted because to do so “would expose intelligence agents”; but if a Palestinian throws a rock, it’s major crackdown time.

A WAVE of violence centered around the Al-Aqsa mosque, which was attacked by extremist Jews, has reached the West Bank. Palestinian demonstrators clashed with Israeli police, while protesters hurled stones at security forces, who used rubber bullets against them.

Hundreds of demonstrators marched towards the Israeli settlement of Bet El on Tuesday, throwing rocks at “passing vehicles and at forces that arrived at the scene,” according to Israeli police.

In turn, Israeli security forces used tear gas, stun grenades and fired rubber and low-calibre bullets at the legs of protesters, at least six of whom suffered leg injuries.

The Al-Aqsa mosque, considered holy by both Muslims and Jews, has been shaken by violence over the last fortnight. Only in recent days have police been using stun grenades and rubber bullets against Palestinians in the compound.

Tensions have been running high, as a controversial rule linked with the mosque stipulates that Jews and people of other religions can enter Al-Aqsa between 7:30am and 11:30am local time, but they may not pray there.

However, Palestinians said that far-right Jews who entered the mosque started to pray, breaching the 50-year-old agreement and triggering tensions. 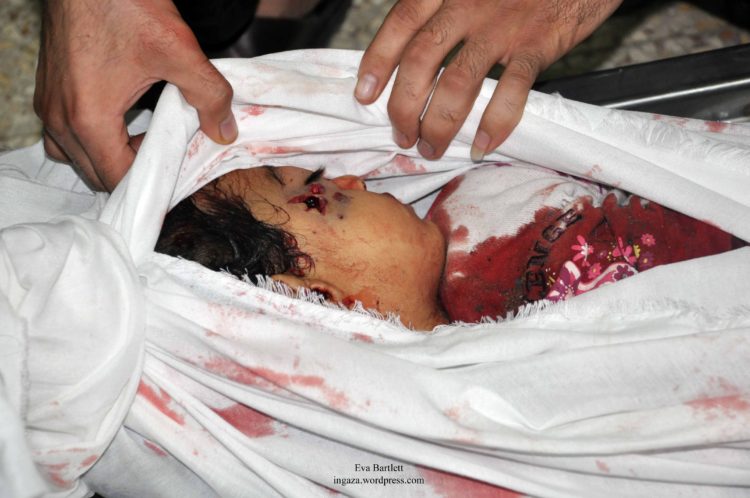 As RT was to discover, Israeli law enforcement may be fast when responding to unrest among Palestinians, but things are different for Israeli extremists.

At the beginning of August, both Israeli and Palestinian communities were horrified by an arson attack in the West Bank that burned alive 18-month-old Ali Dawabsheh, with his parents having died from their wounds days later.

A month later, the authorities said that they knew who was behind the tragedy, but refused to disclose the information.

“We know who’s responsible but we’re not revealing it so as not to expose intelligence services… We have difficulty in establishing evidence that would stand up in court,” Moshe Ya’alon, Israeli Defence Minister, said.

It wasn’t the only heart-stopping case of Jewish extremist violence: In mid-August, Jewish extremists set fire to a Bedouin tent, but fortunately, no-one was inside; in June, an ultra-Orthodox man stabbed and killed a 16-year-old Jewish girl at a gay pride parade. In June, there was an arson in a legendary Church on the Sea of Galilee. Experts say that Jewish extremists could have orchestrated the arson that took three innocent lives, as well as other violence, but the government is not in a hurry to prosecute. “That’s why those terrorists feel free to act or to talk violence and to behave in a violent way. They feel free because no-one arrested them in the past,” Ahmed Tibi, Arab member of the Israeli parliament, told RT. They have also theorized as to why perpetrators remain unpunished. “When you talk about Jewish extremism, you’re not talking about a group isolated from other groups in the Jewish society that are less violent, who are on the margin … some of these people are part of legitimate circles, such as religious community leaders,” theology professor Menachem Friedman told RT. One of the most vivid examples is Ben Zion Gopstein, chief of a far-right Jewish organization that is not outlawed in Israel. He has openly called for the torching of churches, but has been set free after brief questioning. “This is the Bible, I am not ashamed that I like my people and my land, and whoever thinks that this is not my land, and that’s his land, has no business here. I’m fighting that. If that’s considered extreme, then I’m extreme,” he told RT.

At the same time, punishments are getting harsher for Palestinians by the day.

“There are more than 350 Palestinians who are arrested by administrative detention. Only three Israeli settlers were detained last month… Palestinians are brought to military court in the West Bank, Jewish settlers are not. They are being subjected to civil courts inside Israel, which is easier,” Ahmed Tibi, Arab member of the Israeli parliament, told RT.

On the face of it, things look prettier, with premier Benjamin Netanyahu saying that he has “zero tolerance” for Jewish extremists, and the cabinet has approved new measures against Israelis who attack Palestinians.

However, the four-year-old Ahmad Dawabsheh should perhaps first get his answers about who was behind the arson that left him an orphan, with his brother also dead.

The Mass Shootings and the Real Violent War Against Us
BLM Terrorist Kills White Mom, Wounds Four in “Random” Shootings in Tennessee
The Club
Obama: "We Are All Jews"
Israel: Apartment Complex is for Jews Only
Israeli Soldiers Have Depraved “Fun” Making “Rachel Corrie Pancakes”
Protecting Israel is Their Full-Time Job
The Early Days of the Neocons
Tags:IDFIsraelIsraeli AggressionIsraeli CrimesJewish ExtremistsMuslimsPalestinePalestiniansViolence

Japan: We Will Not Be Accepting Refugees

King Netanyahu has “zero tolerance” for Jew extremists.
Are these Jew , who don’t wear veils?

Dr. Ashraf Ezzat says they use the word Aliyah (going up, going north) to describe moving to “Israel” because they are actually small town Yemeni from a criminogenic backwater shtetl, Mizraim, much farther to the South. Going north, going up, was a geographical denotation relative to civilized Palestinian and Egyptian cities. He has proven that the Old Testament was debased with lies when 3rdC Jewish scribes translated the Septaguint bible. They transposed their patrician folklore onto the Egyptian leaders and geography. Their leaders were called Faraon (derive pron. Pharaoh); but there were no Egyptian leaders with the title Pharaoh, and none of their patriarchs ever set foot in Egypt or Palestine. Dr. Ashraf Ezzat. A two-thousand year old fraud to get their name on the deed to Egypt and Palestine.… Read more »