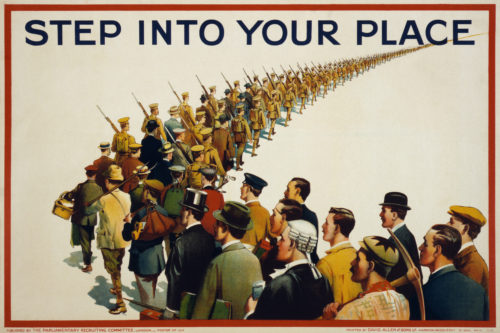 IT HAS been opined in past issues of this magazine that man’s most dangerous myth is that of equality: the myth which, in its starkest form, says that every featherless biped, regardless of race, gender, or lineage, has essentially the same physical-psychical constitution and the same set of capabilities as every other, and that differences in performance are attributable solely to unequal environmental influences and unequal opportunities.

In other words, there is no reason except “sexism” why very few women are test pilots, homicide detectives, or industrial pioneers—and why correspondingly few men win quilting contests or choose nursing as a profession.

Likewise, “racism” is the sole valid explanation for the overabundance of Negro basketball players and welfare recipients, and for the dearth of chess masters and physicists of the same race.

And, of course, the best way to run a nation is to let everyone have an equal say in public affairs, because people all have about the same innate intelligence, character, and sense of responsibility.

Because we can see these things, there is no doubt among us about the danger of the myth of equality. But there is another myth abroad, which is the more dangerous because it has beguiled many of those who have seen most clearly that there is no equality of constitution or capability in the world—not between men and women or between Blacks and Whites or between men of good breeding and the misbegotten. This other myth is the one that says: Because people are unequal in their predispositions and their aptitudes, the course of wisdom is to judge each person only as an individual, and not as a member of a gender, a race, or a family.

Unfortunately, this myth—let us call it the myth of individuality—has become as fashionable on the right side of the ideological spectrum as the myth of equality has on the left side. It has its adherents among the very bright as well as the very dim.

One of America’s foremost scientists, long a battler in the front lines against the minions of the equality myth, often is denounced as a “racist” by his opponents because of his assertions that Blacks, on the average, are less intelligent than Whites, and that the difference is innate. He has replied, “I am a raceologist, but I am not a racist.” He has then gone on to say that he judges everyone, Black or White, only as an individual.

Another very bright man, a eugenicist who founded and operates a sperm bank in order to increase the number of offspring of Nobel Prize winners and other exceptionally intelligent men, has fended off the suspicions of news reporters that he, too, may be a racist by assuring them that he is looking for any intelligent sperm donors, regardless of race, and that he will gladly accept sperm from a qualified Black; i.e., a Black with an IQ of 160 is just as desirable a progenitor of the next generation as a White of the same IQ.

At the other end of the scale is the Southerner who fondly remembers a bygone era of institutionalized racial segregation, with its patron-client relationship between middle-to-upper-class Whites and their Black servants and employees. He is quick to condemn Black violence and Black welfare loafing, but he is just as quick to praise law-abiding, hard-working Blacks who “know their place.” He is happy to offer employment to Blacks of the latter type, even without being forced to do so by the Federal government’s “civil rights” bloodhounds, and he takes pride in the fact that he harbors none of the racial animosity found so often in lower-class Whites, who feel more directly threatened by Black economic and social advances.

The myth of individuality is more insidious than the myth of equality, because, whereas the latter has no basis whatsoever in fact, the former can be bolstered with facts galore: It is a fact that some Blacks are more intelligent or more trustworthy than some Whites and, therefore, may make more profitable employees; it is a fact that some women have performed quite well as test pilots; [1] it is a fact that there are a few Jews who care little or nothing for money, do not despise all who were not born into their tribe, and are genuinely appalled at the behavior and attitudes of the great mass of their kinsmen. The egalitarian ideologue is easily proved a liar, a fool, or both; but the man who judges everyone only as an individual can back his judgment with reason.

To be sure, the reason is not unassailable: it is reason which stands only in an individualist vacuum and fails to take account of a larger reality. For example, everyone understands that in a war the course of wisdom is not to judge men as individuals, but only according to the uniforms they wear. The soldier who reasoned that some of the troops in the opposing army might have no hostility in their hearts and actually might be much nicer fellows than many of his own comrades-in-arms—and who concluded from this that he would make his decisions about whom to shoot solely on the basis of individual judgments, without regard to uniforms or nationalities—would not last long.

And we certainly are in a war—a war without uniforms, but nevertheless one in which a glance ordinarily tells to which army a soldier belongs. At least, it tells those who have not had their brains addled by the myth of equality or the myth of individuality. The soldiers on the other side don’t have that problem.

To the Jew, the Black, the militant feminist, the homosexual, or the Hispanic, what is of paramount importance about any individual is whether or not he is one of the “chosen,” a “soul brother,” a woman, a fellow queer, or a member of la raza, respectively. He always knows to which army he belongs.

Being conscious of group characteristics does not necessarily imply hostility, of course. In particular, consciousness of the profound and fundamental gender differences between men and women is a prerequisite to the mutual appreciation of the sexes for one another necessary to a healthy society. It has been the shrill insistence of an abnormal and disturbed few that these differences be ignored—and the acquiescence to those few by a feckless, opportunistic, or confused many—which has caused much of the hostility, resentment, and suspicion which now exist between the sexes.

It is the real world in which we must survive—a world in which race and gender are determinative characteristics telling us more about the nature of an individual than any other features by which we might judge him—not the make-believe world of the individualist, in which we are supposed to ignore all features identifying an individual as a member of a group having those features in common. The man who ignores relevant evidence for the sake of politeness—or for fear of being thought a “racist” or a “sexist”—puts himself at a competitive disadvantage in evaluating those about him. That’s no way to win a war.

And it’s no way to build a future for our race. If Whites regard themselves and others only as individuals, while non-Whites maintain their racial consciousness, then eventually the non-Whites will inherit the earth.

There always have been irresponsible individuals among us, willing to advance their own welfare at the expense of unborn generations of their racial kinsmen. But never before has such behavior been regarded as virtuous; never before have the intellectual leaders of a race accepted it as the norm.

Ignoring the real world and playing by make-believe rules is a poor survival strategy even for the individual wholly devoid of racial consciousness. For a race it is a guaranteed path to extinction—and not just because it is a strategy which ignores some of the evidence needed in making decisions.

Just as an army will not win its battles unless its soldiers put the goals and interests of the army as a whole, and not just their private interests as individuals, into their decision-making, a race will not win the competitive struggle with other races for existence unless its members—and especially its intellectual and moral leaders—habitually think of themselves and others in racial terms and act accordingly.

It is the ineluctable responsibility of every White man and woman who claims to stand for racial progress to free his mind of the last vestige of the myth of individuality.

1. One of the most outstanding test pilots who has lived, male or female, and certainly the greatest woman test pilot, was Hanna Reitsch (1912–1979), who flew the world’s first turbojet, pulsejet, and rocket-propelled aircraft. Interestingly enough, she flew for a government which, according to popular mythology, was the most oppressively “sexist” which has existed in recent times. A dedicated National Socialist, she also was a remarkably attractive and feminine woman.

The Millstone About His Neck
Alzheimer's May Affect African-Americans Differently Says Study
Doing Nothing With Everything vs. Doing Everything With Nothing
Marksmanship Doth Not a Mass Shooter Make
The History of American National Socialism – Part 8: The National Alliance and Smaller Organizations...
African Says Africa Needs "A New Breed of Humans"
Toward Infinity, part 1
The Group or the Individual?
Tags:IndividualismRacial differencesRacial equalityRacial solidarityWhite guiltWilliam Luther Pierce