University of New Hampshire Bowing to “Transgender” Insanity: Students May Alter Their First Names at Will 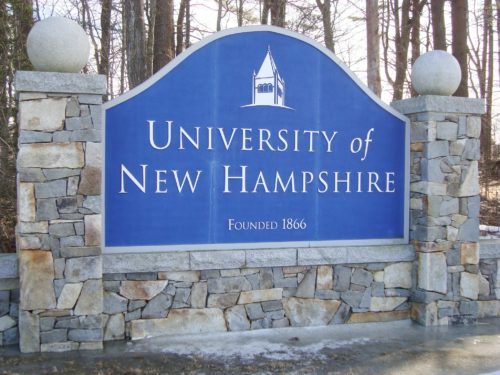 Why limit this to first names and sexuality? “Hello, Ritz-Carlton? My credit is good. My new name is Donald Trump and I am a transbillionaire.”

IN A BOW to transgender and international students, the University of New Hampshire this week started allowing students to change their first names to whatever they desire on many university lists and identification materials.

Given names that appear on class rosters, grade reports, library sign-ups, housing assignments and student IDs will be whatever the student designates, according to the university’s Opt-in Preferred Name Protocol that went into effect Tuesday.

The change has been under review since 2011 by the UNH Transgender Climate and Policy Committee, according to an online UNH tutorial about the new policy.

“Choosing to use a preferred name can create a greater sense of safety and reduce the experiences of micro-aggressions related to gender identity and expression,” according to the tutorial.

Across the country, 161 colleges and universities have instituted a similar policy, according to Campus Pride, an organization that advocates for gay, bisexual and transgender students in higher education.

“That can be a scary place, showing up for the first day of school and knowing you’ll be outed on the first day of class,” said Rebby Kern, a spokesman for Campus Pride. Gay, lesbian and bisexual students face no such problems, Kern said.

The university stressed that any change is not a legal name change, and legal names will still be used for some university purposes: official transcripts, financial aid, health insurance, student financial accounts and hometown newspaper announcements.

Kern said it’s difficult to estimate the percentage of transgender college students because colleges don’t collect that information. Campus Pride is urging colleges and universities to include questions about sexual orientation in admission forms, Kern said.

The name-change option is already available to alumni, and the possibility exists that it will be extended to faculty and staff in the future, Jaime Nolan, associate vice president for community, equity and diversity, said in an email to faculty and staff.

University of New Hampshire Bowing to “Transgender” Insanity: Students May Alter Their First Names at Will