EDITOR’S NOTE: In the twisted anti-White totalitarianism that rules American society today, no one, certainly not an elected representative, can speak to an organized White group without being “outed,” shamed, and made unemployable. One can speak to organized “Latinos,” Blacks, Jews, or anyone else — but never to Whites.

DESPITE HIS denials, there is no conceivable way Rep. Steve Scalise (pictured) did not know David Duke, the notorious white supremacist, was the leader of the European-American Unity and Rights Organization (EURO), the hate group that hosted the conference he attended in 2002.

In the wake of House Speaker John Boehner’s resignation and Majority Leader Kevin McCarthy’s expected promotion to speaker, Scalise, currently the House majority whip, is now running for majority leader, the second most powerful position in the U.S. House. Unsurprisingly, this means renewed attention to the scandalous revelation, first reported in late December by a blogger from Louisiana, that Scalise addressed an international conference of white supremacists when he was a state representative.

Less than a day after it was first reported, Scalise acknowledged the story was indeed true. He issued a halfhearted apology and claimed he was unaware, at the time, of the organization’s affiliation with the former grand wizard of the Ku Klux Klan. He was there, he said, merely to speak in opposition to a tax proposal, the Stelly Tax Plan, that was being debated in the Legislature.

I know this story very well, because I am the blogger from Louisiana who broke it wide open. I also know, without a shadow of a doubt, that Steve Scalise was painfully aware of where he was and whom he was addressing. The writing was literally on the wall.

Even though Scalise admitted and apologized for his participation in the meeting, he has yet to be completely honest with the American public. He was not there to speak about the Stelly Tax Plan; at the time, the bill had only been pre-filed, and the debate about it actually kicked off months later.

In order to appreciate how completely implausible it would be for Scalise not to know of David Duke’s involvement and his role with the hate group EURO, one must first understand the unique and tiny universe of Republican politics in Scalise’s home: Jefferson Parish, Louisiana, which, perhaps not coincidentally, is also the home of David Duke.

The massive growth and development of Jefferson Parish is largely attributable to suburban white flight from New Orleans in the aftermath of school integration, the civil rights movement, and the construction of the Interstate highway system. For most of its history and throughout the majority of the 20th century, New Orleans was a majority white city. In 1970, African-Americans comprised 45 percent of the population of New Orleans; by 2000, their share of the population had surged to 68 percent. To be sure, in the aftermath of the diaspora caused by Hurricane Katrina, the city’s African-American population has decreased significantly, and although it is still a majority-minority city, its mayor and three of the seven members of its city council are white. Regardless, New Orleans politics are dramatically different from Jefferson Parish politics. Whereas Orleans Parish has remained a deep blue enclave in a red state, Jefferson Parish, for the last four decades, has been home to the state’s most radical, controversial and most incendiary Republican politicos. Currently, a leading candidate for state Senate, former state Rep. John LaBruzzo, is campaigning on a promise to require mandatory drug testing for welfare recipients, and the leading Republican candidate for governor, U.S. Sen. David Vitter, also from Jefferson Parish, is running radio ads and writing open letters in support of monuments glorifying Confederate generals and white supremacy.

Racist antipathy helped build Jefferson Parish, and it continues to inform its political landscape. When David Duke ran for state representative in 1989, then-President George H.W. Bush and former President Ronald Reagan publicly endorsed Duke’s opponent, Republican John Treen, the brother of former Louisiana Gov. Dave Treen. It was unprecedented and stunning for a president and a former president to involve themselves in a state House race, but Bush and Reagan understood the danger David Duke posed to the Republican Party. Jefferson Parish voters disagreed, however, and with the eyes of the world on them, they elected the former grand wizard of the KKK as their representative to the state Capitol in Baton Rouge.

Black Killer Sentenced in Metairie Double Murder
My Indian Odyssey
Trump's Prejudice in Favor of Jews
Jewish Professor: Pornography Used by Jews as a Weapon
Are You an “Anti-Semite”? If You Dare Quote the Jewish Elite Themselves — You Are!
David Duke Debates Alex Jones
Attention Social Scientists: I Have Made an Amazing Discovery
Jewish-Dominated Media Attempting to Mainstream Pedophilia
Tags:David DukeNew OrleansSalon.comSteve Scalise

The Greatest Mass Murderers of all Time were Jews, says Jewish Columnist 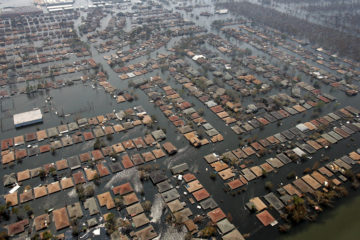 Attention Social Scientists: I Have Made an Amazing Discovery