Fred Reed Writes on Blacks and Misses the Point 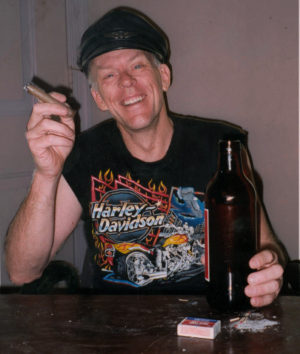 Reed utterly fails to note that the imposition of Blacks on our society was and is an almost entirely Jewish operation.

IF IT’S YOUR modest ambition to effect global governance over all of humanity, then you need to eliminate your competition. And that competition — the main obstacle to your world dominance — would be the collective European cultures; not coincidentally the very people who built Western Civilization including the United States. (ILLUSTRATION: Fred Reed)

To our detriment, over the past century, the Jewish power structure has confiscated essentially all money and credit in the West via their central bank house of cards. They wield more wealth than any ethnic group, and exercise huge power from behind the curtain. So one would think that they would be satisfied, but no — alas, satisfaction seems not to be in their makeup. Now they demand to rule us all.

The endgame is that Americans and Europeans must be stripped of power and disenfranchised.

Three Jewish-orchestrated major events have worked to this end: non-European Immigration diluting our numbers by 30%; eco-treason trade deals which ran up unemployment to 23%; and the “hidden in plain sight” 911 false-flag terror campaign that continues to resonate daily and distort reality.

Fred Reed, whose brilliantly-written column we quote below, hits many of the right notes when it comes to the Blackification of ‘Murka — but totally misses the top-down force empowering the most inept group of people on the planet.

IT IS CURIOUS that blacks, the least educated thirteen percent of the population, the least productive, most criminal, and most dependent on governmental charity, should dominate national politics. Yet they do. Virtually everything revolves around what blacks want, demand, do, or can’t do. Their power seems without limit.

Courses of instruction in the schools, academic rigor, codes of dress, rules regarding unceasing obscenity, all must be set to suit them, as must be examinations for promotion in fire departments, the military, and police forces. Blacks must be admitted to universities for which they are not remotely qualified, where departments of Black Studies must be established to please them. Corporate work forces, federal departments, and elite high-schools must be judged not on whether they perform their functions but on whether they have the right number of blacks.

Do laws requiring identification to vote threaten to end multiple or illegal voting? The laws must go. Do blacks not like Confederate flags? Adieu, flags. Does Huckleberry Finn go down the Mississippi with Jim, or did Conrad write The Jim of the Narcissus? These must be banned or expurgated to please blacks who haven’t read them or, usually, heard of them. Do we want to prevent people coming from regions infested with Ebola from entering the United States? We cannot. It would offend blacks.

We must never, ever say or do anything that might upset them – as virtually everything does. It is positively astonishing. One expects the rich and smart to have disproportionate power. But America is dominated from the slums. One might think that a single set of laws should and would apply to all citizens, and that things should be done without regard to race, creed, color, sex, or national origin, and that all should have the same rights and responsibilities. It is, sadly, not so. The dominance of the media by blacks is impressive.

If a white shoots a black to defend himself, it becomes national news for weeks, or months, and riots follow. But when blacks engage in their unending racial attacks on whites, the media demurely look the other way. The attackers are never black. They are “teens.” Reporters who say otherwise are likely to be fired. In effect, the thirteen percent censor the national press.

Much of their mastery has become so deeply ingrained as no longer to be noticed. There is the DC Hesitation. In the bars and restaurants of Washington, a man weary of an incompetent affirmative-action hire in his office will, before commenting to a friend, lean forward, lower his voice, and look furtively over both shoulders to see whether anyone might overhear: The DC Hesitation. People don’t even know that they are doing this.

Defensive behavior by whites has become nearly universal. A sort of Masonic recognition-ritual occurs among white people recently introduced in social gatherings. Is the other person, for want of better terms, a liberal or a realist? Dare one speak? One of them will say something mildly skeptical about, say, Jesse Jackson. The other rolls his eyes in shared disgust. The secret handshake. Or, if the listener is politically correct, the bait is not taken. In either case, blacks dominate political conversation.

So extreme is the power to control speech and even thought, that politicians have to avoid mentioning watermelons, or that neighborhoods of high crime must delicately be called “sketchy” instead of “black,” though all understand who lives there and what is meant. The avoidance of racial reference is not an even-handed if despotic attempt to oppose racism since, as we all know, blacks freely apply any derogatory wording they choose to whites. In short, they rule. Which is amazing.

The dominance extends to children. When in junior high one of my daughters brought home a science handout with common chemical terms badly misspelled in a way which suggested a particular speech pattern. “Is your teacher black?” I said without thinking. “Daaaaaaady!” she said in anguish, having made the connection but knowing that she shouldn’t have. Blacks control what you can say to your own children in your own home. And of course if I had gone to the school and demanded that the teacher be fired, it would have been evidence of my depravity and probable KKK membership.

The word “unbelievable” has lost all force. Things that ought to be unbelievable, and once were, have become routine. Still, there it was: Don’t expect a junior-high teacher to have the level of literacy I had in the fourth grade. Instead, make it dangerous to notice their stupidity. This is not new, and it hasn’t changed.

“The bald, statistically verifiable truth is that the teachers’ colleges, probably on ideological grounds, have produced an incredible proportion of incompetent black teachers. Evidence of this appears periodically, as, for example, in the results of a competency test given to applicants for teaching positions in Pinellas County, Florida, cited in Time, June 16, 1980. To pass this grueling examination, an applicant had to be able to read at the tenth-grade level and do arithmetic at the eighth-grade level. Though they all held B.A.’s, 25 percent of the whites and 79 percent of the blacks failed. Similar statistics exist for other places.”

Nothing has changed. Blacks now control the presidency and thus, most importantly, the Attorney Generalship. In this the staggering political power of blacks is most evident. Obama was elected because he was black: an equally unqualified and negligible white politician would have had no chance. He is now fiercely pushing the most profound transformation of America ever attempted, by opening the floodgates to immigration from the south. To effect this end he apparently will simply ignore Congress and the Constitution. The people will not be consulted. Laws will be ignored.

It is hard to imagine why he does it except from racism, from a desire to get even with whites by enrolling their country in the Third World. A short-sighted policy, yes, since Hispanics do not like blacks and will soon be more powerful-but that will come a bit later.

Note that self-inflicted problems of blacks consume inordinate amounts of public and governmental attention, even though only blacks can solve them. I might say, “should solve them,” since they never have and we all know they seem to have no desire to do so. Yet we hear about them endlessly.

Are blacks in Chicago killing each other in large numbers? The solution might be to stop doing it, might it not? While I do not wish these young dead, I can do nothing to stop them, and it is not a problem I can solve.

Are black children growing up illiterate? This gives me no pleasure, and I have various reasons both selfish and moral to wish it were not so. But perhaps the solution is for their parents, or parent, to see that they do their homework, or even to teach them. I cannot do this for them, and again it isn’t my problem to resolve.

Why do I have to hear, endlessly, about the “achievement gap?” Whether of genetic or cultural origin, it seems as immutable as Avogadro’s number, and I can do nothing about it. I raise my children. They need to raise theirs. They rule. It is astonishing.

Fred Reed (born 1945 in Crumpler, WV) is a writer and a former a technology columnist for The Washington Times. A former Marine and a Vietnam War veteran, he is a police writer and occasional war correspondent. He currently writes weekly columns for the website Fred on Everything.

White Women are Getting Fed Up 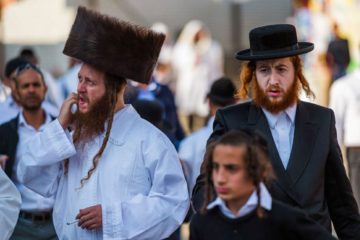 In a healthy society, one strives, as good as one can, for quality and superiority. Such mentality will uplift the whole society, less qualified people included. I might even say, especially the less qualified will be uplifted. In our current Western society, one actively strives for the lowest, the ugly, and the stupid. Society is immersed in this mentality. Slouching is better than walking upright. “Nazis didn’t like slouching, they walked upright, and we all know what happened!” Taken from Nietzsche’s The Antichrist: “Christianity has sided with all that is weak and base, with all failures; it has made an ideal of whatever contradicts the instinct of the strong life to preserve itself. It has corrupted the reason even of those strongest in spirit by teaching men to consider the… Read more »

Well, the absolute ideological POISON called “Liberalism” is pretty much the logical consequence of christianity!…

Christianity, Liberalism, Leftism…
I took ‘current society’ just to use a neutral term.

Your blaming the Jews for Blacks not knowing how to read?
Now I’ve hear it all.

Apparently you didn’t read the article, which begins with:

“Reed utterly fails to note that the imposition of Blacks on our society was and is an almost entirely Jewish operation.”

That is most certainly true.

Great work on this site KAS.

Who are you blaming?

Christ!
Why are you even on this site?

You wont be dissappointed.

I guess he was so focused on the absurd level of influence this failed race of evolutionary detritus has in America…he forgot to mention the filthy Communist Jew Kike ,who “we” let initially grant them that power.

I remember years ago reading articles by this author, about military affairs, when I was in It’s the same guy… USMC vet, etc. I had no idea he was now writing these hard truths about the black issue. In this article he has perfectly expressed the same thing that has been puzzling me for years, and just seems to get worse by the year. How the hell does a troublesome, costly, and low IQ demographic, only 13% of our population, get pandered to so relentlessly by all of our political, leaders, corporations, media, education establishment, and so on. Sure, the tribe started this ball rolling decades ago, and throw fuel on the fire constantly, but white weakness and fear of the “r” word are a huge part of the problem.… Read more »

Fred Reed Writes on Blacks and Misses the Point