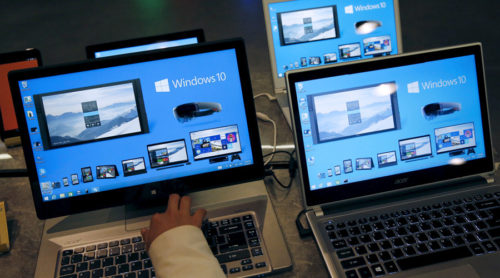 THE STATE DUMA’S vice speaker has asked the Russian government to ban the use of the Windows 10 OS among Russian civil servants over fears the American software may give access to classified information and Russian officials’ personal data.

In his letter to Prime Minister Dmitry Medvedev, MP Nikolai Levichev of the center-left Fair Russia party said the service agreement signed by any Windows 10 users allows Microsoft to access all passwords, password prompts and other information used for data protection. The US corporation also receives other types of data, from users’ contacts, their emails and even location.

Microsoft warns that the received information will be stored and processed in the United States or any other country for an indefinite period of time and transferred to US state agencies.

Levichev has therefore asked Medvedev to consider a complete ban on the Windows 10 operating system in Russia’s bodies of state power, state-owned corporations, and state-sponsored scientific and research institutions. The MP has also sent a letter to the head of the Russian internet watchdog Roskomnadzor, Aleksander Zharov, asking whether Microsoft’s user service agreement contravenes Russian laws.

Senator Aleksander Volkov supported Levichev’s initiative in an interview with the Regnum news agency, adding that Russia needed its own protected software to replace Microsoft products.

Levichev’s letter echoes one sent to Prosecutor General Yuri Chaika by Communist Party MP Vadim Solovyov in August. Solovyov wrote that Russian laws stipulated the gathering and processing of personal information should only be conducted by companies included in the National Register of Personal Data Operators. Microsoft is not on that! The communist MP also feared use of the new OS in Russian state structures could end in leaks of classified information to foreign intelligence services. The Prosecutor General’s Office is yet to reply to the MP’s concerns.

Microsoft’s press service replied saying transfer of personal information is only possible with the user’s consent, and that it gave users access to a comprehensive suite of privacy settings.

In mid-2014, the Russian parliament passed a law obliging all internet companies to store the personal information of Russian citizens inside the country. In order to give foreign and domestic internet companies enough time to create data-storage facilities in Russia, the act won’t come into force until September 2016 at the earliest.