Fighting broke out between riot police and protesters outside Kiev parliament

The Ukrainian National Guard said in a statement that a young conscript had died in hospital from shrapnel wounds suffered in the explosion, which took place outside the parliament building in central Kiev.

At least four of those injured were in serious condition, and the casualties included National Guard troops who had fought in Ukraine’s war against Russia-backed separatists in the east of the country, the statement added.

The clash outside parliament occurred after a vote on a bill to amend Ukraine’s constitution and hand greater autonomy to local governments. The measure, backed by Ukrainian President Petro Poroshenko, is a critical component of a peace deal between Kiev and the separatists that was brokered by several Western countries in February.

Opponents of the bill had gathered outside parliament to protest the bill, saying it grants too much autonomy to rebel-held regions. The confrontation turned deadly, however, when an explosive went off near a formation of riot police. As the smoke lifted over the parliament building and demonstrators began to disperse, bloodstains remained on the pavement around the building.

In a video address later posted on his website, Mr. Poroshenko praised the vote as an important step toward fulfilling the peace agreement. He condemned the demonstration that followed as a “stab in the back,” promising tough punishments for those involved.

The Ukrainian president put the casualty count at the demonstration higher, asserting that 120 National Guardsmen and police had been injured in total.

In a post on Facebook, Ukraine’s Interior Minister Arsen Avakov said a grenade had been thrown at the officers from a crowd of demonstrators wearing T-shirts with the logo of Svoboda, a far-right party that didn’t meet an electoral threshold last year to be represented in parliament.

Svoboda said in a statement that the police had initiated the fighting with demonstrators, and that the government had “provoked Ukrainians to protest” against the constitutional amendments.

The Kiev police said a person suspected of throwing the explosive had been detained. While the president and interior minister described the incident as a grenade attack, Kiev police chief Alexander Tereshchuk told Interfax news agency the blast could have been caused by some other kind of explosive device.

The U.S. and other Western nations have encouraged Ukraine in its attempts to uphold its end of the cease-fire deal by overhauling its constitution, in the hope of ending a conflict that has lasted more than a year and cost more than 6,000 lives. After the vote on Monday, U.S. Vice President Joe Biden and High Representative of the European Union Federica Mogherini praised Ukraine for giving preliminary approval to the bill.

The proposed amendments would give local governments greater autonomy from Kiev and include a clause calling for separate legislation that would devolve powers to rebel-held territories in the east.

The bill, which was given preliminary approval on Thursday with 265 votes, will require a constitutional majority of 300 votes in a second reading before it can come into effect.

That vote is far from certain: three parties in the ruling coalition voted against the bill, including that of former Prime Minister Yulia Tymoshenko. The bill provoked raucous debate inside the chamber, and opposing lawmakers attempted to disrupt the vote by chanting slogans and drowning out speakers with a siren amplified through a megaphone.

Fighting continues in eastern Ukraine despite the deal.

The Racial Will to Live 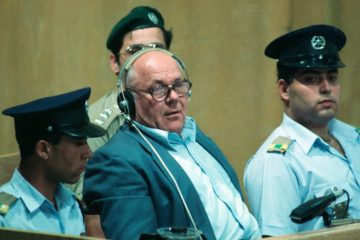 The Death of Dov Eitan