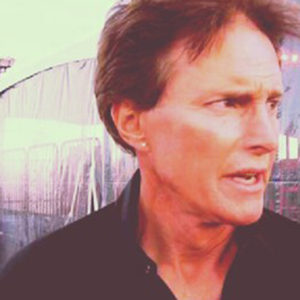 No, “Caitlyn” does NOT look “amazing”; rather, Bruce Jenner looks like a 65-year-old man dressed up as a woman.

IN YEARS gone by, we National-Socialists found many things about Bruce Jenner (pictured) that were admirable: he was a world class athlete who won the decathlon in the 1976 Olympics. He was of good racial stock, and passed his genes on to his six children, all of whom were sired on White women. He led a life that was upright and moral.

But that was then, and this is now: for reasons beyond our ken, Jenner has decided that although he is biologically a male, psychologically he considers himself a female. Accordingly, the 65-year-old Jenner has decided that he wants to live “as a woman.” This means that he will wear women’s clothing and make-up, style his hair as a woman and adopt feminine mannerisms. He wants us to call him “Caitlyn” not “Bruce.” But it does not stop there: he has further declared that he wants “gender reassignment surgery,” that is, that he will pay an astronomical sum of money to have unprincipled surgeons sexually mutilate him and fashion imitation female genitalia.

What is most disturbing about Jenner’s case is not the sad spectacle of a seemingly-normal White man descending into irreversible gender madness, but rather the reaction that his psycho-sexual dysfunction has engendered among a broad swath of the White population. Taking their lead from the Jewish-dominated news media, which enthusiastically encourages every form of sexually degeneracy and perversion, many White people are accepting Jenner’s bizarre decision to “become a woman” as something reasonable and normal. “It is his life,” they say, “if he wants to become a woman, why not?” Others go even further, and celebrate Jenner’s sexual mutilation as a sign of social progress.

Reality check: in healthy societies, freaks such as Bruce Jenner are written about in medical textbooks on abnormal psychology; they are not made the focus of cult-adulation in celebrity tabloids.

But there is no public outcry against the media exploitation of the pathological condition that afflicts Jenner. Even among those many White people who recognize that the attention paid to Jenner is a sign of social and spiritual decay, there is a sense of resignation to it.

Perhaps the non-stop media cheerleading in support of Jenner has had a demoralizing effect on these healthy Whites. Or maybe White acquiescence to this degeneracy is a sign of something worse. As Matt Koehl frequently commented, “The rot is deep.”

The National Socialist thinker and mystic Savitri Devi believed that we are now living in “Kali Yuga,” the Age of Darkness. This is a concept from Hinduism, which conceives of human history as cycling through various stages, beginning with the Golden Age, a time of perfection, and then spiraling downwards toward doom and destruction, before beginning again with a new Golden Age.

A commentator on CNN gleefully opined that the widespread acceptance, and even celebration, of Jenner’s “sex change” is a sure sign that “the Republicans have lost the culture war.”

But it is worse than that: it is a sign of Kali Yuga. We are living in a time in which vice is rampant, a time in which the basic fabric of White society is being torn asunder.

Since before the dawn of written history, the nuclear family has been the basic building block of Aryan society. This family consists of a father, a mother and their children. The primary purpose of traditional marriage is not love, nor companionship, nor even procreation. Rather, marriage exists to provide a stable and healthy environment in which to raise children. The structure of the family is based on sexual dimorphism. Simply put, this means that men look and act like men: they are the protectors and breadwinners. Women look and act like women: they are the nurturers and homemakers. The children within the family grow up with their parents as role models: little boys emulate their fathers and little girls emulate their mothers. Infants grow into children, and become aware of the world beyond the nuclear family. The exemplars for their gender that they first noticed in their parents are reinforced by their observation of members of their extended family — grandfathers and grandmothers, aunts and uncles, and so on. And then, beyond the family, they observe the interplay and omnipresence of gender roles in society as a whole. In consequence, young males and females alike mature into adulthood with a firm sense of their gender identity.

This has been a successful and stable formula for Aryan society. Indeed, we cannot even imagine a healthy society without this structure!

But we are not living in healthy times. Those who would tear down and destroy Aryan society, as prelude to the physical extermination of Aryan race, tell us that gender is not rooted in biology, but rather it is a “social construct.” Further, because it is not rooted in absolute biological reality, gender is “fluid.” The same with families: you do not need a man and a woman as parents: you can have two men or two women. And beyond that, children should not be raised with a firm sense of sexual identity. The traditional gender roles are obsolete, we are told, and serve only to “reinforce patriarchy.” These insane, unnatural beliefs are a recipe for sexual confusion among our youth.

The push to destroy traditional notions of gender and marriage has been ongoing since the publication of the Communist Manifesto in 1848. It has taken it a long time for it to gain traction, because White people have instinctively resisted it as perverse. The times were not ripe for it to be taken seriously.

But now they are. As Savitri Devi would have it, we are now living in Kali Yuga, the Age of Gloom, and the bands which have held Aryan society together for countless thousands of years are being undermined and are coming apart.

This is the significance of Bruce Jenner. In himself, this strange, unhappy man is unimportant. But to the degree that his example can help subvert the age-old structure that has created White civilization, he is a useful tool for our racial enemies.

As National Socialists, however, we are having no part of it. We reject not just the public spectacle of the Jenner/Kardashian freak-show, but the very values that it seeks to foist on a gullible White public: gender confusion, race-mixing and social irresponsibility. Instead, we uphold the virtues bequeathed us by our ancestors: traditional marriage and gender roles; the maintenance of blood purity and the ties of kinship; and the unshakeable and irrevocable principle which places the good of the community before the desires of the individual.

The Myth of Hitler's Survival: It's Time to Put this Rumor to Bed!
Johns Hopkins Psychiatrist: Transgender is ‘Mental Disorder;' Sex Change ‘Biologically Impossible’
Shut Down the TERF Rally Next Week!
UK: Teen Students Told They Can "Choose" any of 25 "Gender Options"
Contra Wikipedia: Setting the Record Straight On the Murder of Andrej Lisanik and the End of the Nat...
Barbarians, Savages, and the Perils of Civilization
University of Minnesota: Police Called on White Students Who Said "Tranny" on Campus Radio Station
Heroism: 6-Year-Old Wyoming Boy Sets the 2020 Standard for White Manhood
Tags:Bruce JennerJames HartingKali YugaSexualityTransgender

Jenner has succumbed to the depraved hedonism that is running rampant among “America’s wealthy elite”.

Placing companionship, love and sex in the margin helps conceptualize marriage a great deal. Even defensive exposure to the ideological interests of media, over the last thirty years, can easily leave one stumbling over this furniture in a darkened room.