A Forgery Of Our Own

IN THE Liberty Bell for September 1990, my attention was particularly caught by Nicholas Carter’s italicized statement about the early history of Christianity: “we simply do not know what happened during the first hundred years or so.” That reminded me of a project that occurred to me a decade ago, a literary exercise that I might have undertaken, had I been fifty years younger.

I thought that it would be not only amusing but highly instructive to concoct a forgery–not a forgery really intended to deceive, although it could be used as a hoax to embarrass and exasperate our enemies. The forgery would be produced as the most concise and expeditious way of stating an historical problem and offering a plausible explanation of it.

It would purport to have been written in, let’s say, A.D. 137 and to be the text of a discourse by the famous Rabbi Aqiba. The text should be written in Greek as a necessary precaution against inadvertent anachronisms. The forger would not have to undergo the repugnant labor of learning the Jews’ vulgar dialect of Greek, as could be done with the aid of the grammars of H. St.-John Thackery for the Septuagint (1) and of A.T. Robertson for the “New Testament,” with recourse to the relevant lexica. It would suffice to write a simple classical Greek, such as that of Xenophon, adding a few of the Jews’ special terms for things peculiar to their cult (e.g., ‘christ’).

(1. Unfortunately never completed, but the published part is adequate to give a general understanding of the dialect’s peculiarities that do not reappear in the “New Testament,” for which Robertson will be a sure guide.)

The result would not be glaringly implausible. Some Jews, notably Philo Judaeus, wrote a quite respectable Greek, and it is likely that Aqiba could have done likewise. And it would not be unreasonable to suppose that he, when addressing a conclave of rabbis, summoned perhaps from all over the Oecumene, would have spoken in Greek, just as in our own century Jews in their international conferences use German or English, not Yiddish or the artificial language called Modern Hebrew. (2)

(2. As a matter of fact, even Simon ben Kosiba used Greek in corresponding with his followers, only inserting a few words in Aramaic for matters he wished to keep secret.)

We can assume that by 137 Aqiba would have recovered from his bitter disappointment at the failure and death of Christ Simon ben Kosiba and his apostles, Jesus ben Galgouda, and others. The epiphany of Simon, whom Aqiba had specifically and enthusiastically saluted as his race’s long-awaited christ, had begun so joyously and auspiciously! Thousands of the stupid Greeks and Romans had been caught off their guard and delightfully tortured and killed, with old Yahweh presumably beaming approval at the fun his Chosen were having with civilized men and women. But alas! righteousness was not to endure. The Roman legions moved in, and old Yahweh skedaddled, leaving his darlings to perish after a desperate resistance.

The Romans were foolishly merciful in dealing with the predatory race–Aqiba, despite his faith in the new christ, prudently absented himself from Bethar, where the Zealots made their last stand, and although the involvement of so prominent a man in the revolt must have been generally known, it seems that no effort was made to arrest him–but nevertheless the failure in 135, after the failures in 69 and 117, must have made clear to intelligent Jews that old Yahweh was not an ally on whom one could count, no matter what he said boastfully when there was no danger.

We are to imagine Aqiba, who was a highly intelligent Jew and had moved in the best society of the stupid goyim, (3) as discussing with the rabbis of his faction a situation that clearly demanded a new strategy for destroying civilization and the hated Aryan race, which gave God’s People so much trouble. Conspiratorial revolts had failed with disaster to most participants. Further violence would be suicidal, now that it was clear that old Yahweh would run when the going became hard, and it might even make the goyim, for all their fatuous indulgence toward aliens, realize at last that only a radical solution, eradication, would free them from the blight old Yahweh had put upon them.

(3. According the Epiphanius (Panarion; late Fourth Century), he was a distant kinsman of the Emperor Hadrian. That is not impossible, but the genealogy of Hadrian and of Vibia Sabina (through whom the relationship could have come) cannot be reconstructed.)

Aqiba then expounds a new strategy. He would say the following in substance, but, of course, with oratorical and ethologic embellishments:

O woeful day! My brethren, you see how our Christ, in whose advent I sincerely believed, went kaput! We must try another method, if we are to succeed.

Since nothing can withstand the Roman legions, the hated race must be attacked spiritually by poisoning their minds with superstitions that will further our purposes. This calls for a grandiose hoax, comparable to the letter to Aristeas at the beginning of our Septuagint, but on a far greater scale.

In the past two centuries there have been quite a number of crazed goetae and agitators who tried to become christs, but, unlike the late and lamented Simon ben Kosiba, never attracted the attention of the goyim, who will therefore known nothing about them to contradict whatever we say in our hoax. They are vaguely remembered in folk-tales, especially among Essenes and other impractical sects, so the one we choose will not be entirely imaginary. Perhaps one of the Jesuses in the past century would do.

We can thus concoct a galimatias of drivel about love, peace, and the like, which will attract sentimental and thoughtless goyim, spice it with wonder-stories about miracles, make it subtly suggest that civilization is evil and that the dregs of their society are superior to men of culture and intelligence, incite those dregs to revolt against reason and even reality, and attach the new cult firmly to our race by making its founder an incarnate god like Dionysus, but a son or our Yahweh instead of their Zeus.

We all know how easy it is for a clever Jew to bribe a venal goy without the stupid animal’s knowing how he is being used. We can hire dogs to make converts among the mongrel proletariat and eventually even among brainless members of the upper class who are looking for novelties to make them noticeable. And we can foster the poisonous superstition secretly, while pretending to fear and denounce it.

The last point is very important: it will protect us if the hoax doesn’t work and the ruling goyim are brighter that we believe, and, even more important, it will make our poison acceptable to both uneducated goyim, who dislike us instinctively, and to intelligent ones, who understand us: they can be made to imagine that our hoax can be used against us. That will be a private joke that should keep us laughing for centuries.

Perhaps something could be made of the similarity between christus and Chrestus, the terrorist agitator who excited the horde of our people in Rome to outbreaks in the reign of Claudius, and whose followers, in the time of Claudius’s megalomaniac successor, tried to burn Rome to the ground and partly succeeded. That would automatically enlist the rabble of our race in spiritual, instead of physical, attack on the accursed Aryans, and make then industrious in spreading the poison rapidly. Furthermore, an identification of the two would disguise the novelty of our hoax and make it seem to be at least as old as the time of Claudius. The dates of our christ should be set accordingly.

We should continue to exploit our great advantage, the propensity to monotheism among animals that exalt theory above observation of reality. The Stoics’ animus mundi is vaporous and remote, and will not satisfy the common people, who want gods they can picture in their imaginations and with whom they can communicate. By claiming that our god, so like the gods of civilized nations in many ways, is the theorists’ only god, and then making him the father of the christ we will fashion to our specifications, we will acquire some sympathetic tolerance from goyim who know better, but like to have “ideals.”

With so much of a preamble, Aqiba would discuss with this confederates the elements to be incorporated into the stories about a christ for goyim and the need to introduce internal contradictions to make the sect attractive to persons of many diverse tendencies, who, when shown what was pleasing to them, would not think to look for its opposite. And it would be necessary, above all, to keep the new religion firmly anchored to the Holy Book that describes Jews as their god’s Chosen Race, to which stupid converts could be made to believe they acquire a spiritual affinity.

I hope some young man will take up the project, which will force him to study and ponder the extant evidence and to infer from it with great care what was the probable development of Christianity before it makes its first historical appearance, around 150 or a little later.

American Dissident Voices: Toward a New Consciousness
You Can't Sink a Cork
Pope Francis to US Bishops: "Do Not Be Afraid to Welcome Immigrants"
The Lost Ten Tribes
Mencken on Abraham Lincoln
Cucktianity: "Collections and Hand-Outs" for Rapefugees
To Revilo Oliver
Is There Intelligent Life on Earth? (part 15)
Tags:A Forgery Of Our OwnChristianityRevilo P. Oliver

The Truth Is Stranger Than Fiction! 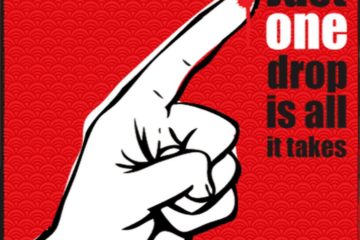 “Jee-zus ascends to
his heavenly home”
without any visible means of
propulsion! I am sure the
late Dr. Wernher von Braun
would have been v-e-r-y
interested! The so-called
“space-race” with the
Soviet Bolshevists to
Luna would have been
over in a heartbeat!

A Forgery Of Our Own