THERE HAS been teeth-gnashing in the American media lately over the presidential hopes of billionaire real-estate developer Donald Trump. The sticking point is that Trump exploits wide-spread dissatisfaction with illegal immigration to get voters’ attention.

Trump is being allowed to exploit justified illegal immigration concerns because there are deep divisions in the US establishment over how to handle Iran.

In this post, I’ll spend a little time reminding readers about what Donald Trump is, then I’ll look at Trump on Iran and conclude with observations from our spook buddies in the Twittersphere.

There is nothing about Trump’s past, nor the way he made his fortune, that suggests he is ‘conservative’ or sensitive to the struggles of most Americans. Despite this, Trump is being championed/vilified through both ‘conservative’ and ‘liberal’ media outlets — and especially through Twitter — as some sort of champion of the silent, ‘conservative’ majority.

Would a conservative use his daughter — or any woman — to sell condos in this way?

Back before Trump’s fall out with Univision, NBC he was a business partner to both.

If Univision manipulates people, what does that make a Univision content provider, like Donald? In fact, Trump’s tacky Miss USA pageant promotes Washington D.C. values, not American ones. Remember the ‘Miss California Controversy’ in 2009? Trump’s show chose celebrity blogger Perez Hilton, real name Mario Armando Lavandeira Jr., as a judge for that year’s pageant. Mr. ‘Hilton’ had a gay marriage agenda and asked the Californian contestant Carrie Prejean her “thoughts on legalizing gay marriage”. Her answer cost her the title and drew “thinly veiled disgust” from ‘Hilton’, who later called her “a dumb bitch”. What was her answer?

If Trump’s previous politics weren’t enough to blow the cover on this latest deception, consider that he is a New York real estate developer. NYC’s real estate business is incredibly corrupt — even the smallest construction projects need ‘fixers’, i.e. professional consultants who know who to pay off in local government to prevent harassment and ‘shake-downs’ of developers. You don’t get rich in that business without playing fast and loose with the law — just like the illegal immigrants Trump criticizes.

Trump’s business has gone bankrupt no less than four times, each time involving his gambling operations in Atlantic City, The Tackiest Place on Earth. When ordinary people like you or I go bankrupt, it makes getting subsequent loans — especially loans for the same type of project — more difficult. But Donald Trump isn’t hampered by market forces. Trump has the connections and the credit lines to insulate himself, which suggests he’s simply the promotional face of someone else’s money. Perhaps that’s why he’s so sensitive to criticisms of ‘his fortune’.

Whose money might Trump front for? Trump’s financial success is based around NYC and its surrounding environs… remember too big to fail? Trump’s backing probably comes from the same financial interests which pay to promote social change agendas in the USA and abroad, and which benefit so much from illegal immigration and the resultant social dysfunction.

I think that even a casual observer will recognize that Donald Trump screams “managed opposition”. So why is he being trotted out to oppose a policy which is central to the USA’s oligarchical power structure?

Trump’s political career is not about appealing to the masses, it’s about threatening a subset of American elites who back negotiating with Iran rather than crushing Iran under a jackboot. The jackboot contingent is threatening the negotiating contingent with unleashing popular discontent to push through their war agenda.

Unfortunately, the USA signed the world up for a nuclear Middle East when we decided to ignore Israel’s stockpile of nuclear weapons. Once that became our policy, it was imperative for Israel’s neighbors to arm themselves in a similar fashion if they could possibly find a way. Obama’s strategy of negotiating — i.e. influencing how Iran chooses to protect itself — is a more enlightened strategy, but there’s nothing about being an American oligarch which predisposes someone to enlightenment.

There are a significant number of American power-brokers who share the blind Realitatsflucht of those mid-century politicians who doomed the ‘Jewish State’ by poo-pooing St. John Philby’s plan for Israel which respected native Arabs’ rights. These hawks probably don’t like the reception which Bibi recently received from the Obama administration; they probably feel time is not on their side. Hence, The Hair in 2016.

This hawkish anti-Iran faction is threatening to ‘rock the boat’ by unleashing popular unrest unless their peers follow suit and support the ‘jackboot’ method of dealing with Iran’s nuclear ambitions. However, ‘the threat of Trump’ is not a credible threat for the hawks to make. Neither the hawks nor the negotiators can afford to let popular anti-illegal immigration sentiment off its leash, which is why a narcissistic NYC property mogul/casino operator is spearheading criticism of law-breaking. When it’s time to shut Donald up, gory details from his unsavory past will be suddenly discovered by Gawker, etc. The hopes of millions of law-abiding American citizens will be consumed in Trump’s fireball of corruption and demoralization.

Much of Trump’s popular assault has been conducted through Twitter, a medium which lends itself to unsupported assertions, personal attacks and social pressure tactics which Philip Zimbardo identified as typical of mind control strategies.

Trump is a master of the sound-byte, as you can see from his attacks on the disgusting John McCain.
As regular readers may already have guessed, our usual ‘intelligence community’ buddies are at the front of the pack giving Trump media exposure. Trump’s critics employ the same demagoguery as his supporters, namely the unqualified assertions and personal attacks. If you were interested in my post on Edward Snowden and William Colby, you’ll recognize Charles Johnson and Business Insider.
Business Insider, the rag which NSA Twitter pundits could always rely on printed this July 11th 2015, Donald Trump Just Gave An Amazingly Surreal Speech in Los Vegas:

Right-leaning campaign strategist Liz Mair and the Potomac Group’s Greg Valliere both told Business Insider last week that Trump appealed to a part of the electorate that appreciates the real-estate mogul’s willingness to say what other candidates would not.

“He has supporters who hate the status quo, who like someone who says what people are thinking but won’t discuss publicly,” Valliere said.

I’d like to stress that media exposure is what’s important, not necessarily media support. If Trump truly were a threat to the establishment, the mainstream media would ignore him or failing that it would universally condemn him. Instead, Trump serves a purpose, so he’s given a microphone. On that note, here’s Benny Johnson, the ‘intelligence community’ asset who once placed a story about how much danger US operative Edward Snowden faces from US intelligence.

You’ll notice that Benny takes the cautious position on Trump that one would expect from a Jeb Bush employee, as Jeb has made a multi-lingual America his personal future. Nevertheless, Benny and IJReview still provide Trump with media exposure because the Bushes and Trump agree on the Iran issue.

If you’re interested in why the intelligence community needs to control all sides of public debate, please see my examination of Benny Johnson’s career: @BennyJohnson is Good at his Job and Benny’s New Job! Judging by the tone of the sources above, I’d wager that the ‘IC’ feels its interests are served by stirring up fear amongst American elites who are realistic enough to negotiate with Iran, therefore the ‘IC’ is willing to cooperate and give Trump some attention. Perhaps the ‘IC’ feels that limiting Bibi’s ambition and allowing Iran to develop some regional strength will take their ‘sandbox‘ away from them. Losing power was never part of Colby’s plan.
I don’t fault the American public for looking for candidates who promote the public’s interest, but we have to be smart about identifying the real thing. Donald Trump is not the real thing just like Ross Perot, who made his fortune on IBM’s back, wasn’t the real thing. Let’s get ugly and demand someone sincere.

Jews Furious About Greeks Being Allowed to Vote on Bailout 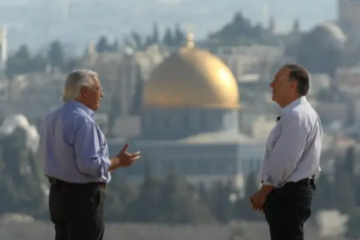 The composition above is merely describing the status quo. Business as usual. This is not the first time that political animosity has exposed a topic that is normally kept out of view, i.e., illegal border crossing. If the Iran controversy is attached to it, let the authoritarians fight it out. The Federals and money powers operate by payola. Their criminals. The Federals have never protected the Southern borders from Texas to California. TEXAS DECLARATION OF CAUSES: February 2, 1861 “The Federal Government . . . has for years almost entirely failed to protect the lives and property of the people of Texas against the Indian savages on our border, and more recently against the murderous forays of banditti from the neighboring territory of Mexico; and when our State government has… Read more »

Great Article, it’s unfortunate that the masses keep falling for an establishment candidate over and over and over again. I’ve told Trump supporters, how Ron Paul for example, was ignored 90% of the time when he ran in 2008 and 2012. If anything, he was an establishment candidate. I vividly remember, in 2012, Trump repeatedly called Ron Paul a joke candidate, even though Ron Paul was the only closed border, anti-federal reserve candidate. When the corporate media headlines you literally everyday (Trump), you are not anti-establishment.