THE PERCEPTION OF gain or loss is related to survival. It’s an assessment of changes in the environment as being either good or bad. Good changes, or gains, mean we are better positioned to handle challenges to our survival. Bad changes, or losses, handicap us in dealing with the hardship that comes our way. These judgments have nothing to do with illusions. The conditions that provoke them are real. They pertain directly to whether we will live or die, and we acquired the ability to make those judgments through the process of natural selection.

Now leftists, especially racial egalitarians, want everybody to quit doing it so that different races can live together in “harmony.” No way. I’m not going to be such a sucker. [1]

It may take the choice of two to argue, but it only takes the choice of one to cause a fight. You do not improve your chances by being a soft target. Turning the other cheek only works when your enemy has a sense of shame, which, in general, he won’t have.

Status is a symbol of power; it is not power itself. But it has value as a test. If you can’t make others respect you, then you might not be able to deter attacks from them. That is, if you don’t have a way of estimating your “status,” then you are blind regarding the extent to which you might be considered an easy target.

Ownership is a fiction, a social construct. Ownership exists only by an agreement, and the agreements persist because there is power to enforce them. In some places and in some times, if you break an ownership agreement by trying to steal something, other people will come running up to kill or imprison you. But in other places and at other times, there is no power to enforce those agreements, so ownership disappears, and control of property goes to those who can take it.

Likewise, at some places and in some times, paper money can be depended on to facilitate trade. But in other times, people don’t trust that the value of their money will be honored by sellers. Sometimes the division of labor can be carried out so that not everyone needs to produce their own food or be friends with someone who can produce more than he needs. But at other times, no such division of labor is possible, and the only occupations conducive to survival are (1) farmer and (2) fighter, and the only human organizations that can endure are farmers guarded by fighters.

Someone might ask, “Longevity is gain, death is looked upon as a loss, therefore a tragedy, but why? What can we gain by living longer? More stuff, more notoriety, more enemies?” I give nature’s answer: more children. More advantages for our children. Better circumstances for our children.

The reason life is good is not a human invention. We are the descendants of a billion years of creatures whose motivations to live prompted actions to secure advantages. Animals with that motivation strong in them tried harder to stay alive: they fought more fiercely, they schemed more intelligently, they sneaked more stealthily, on behalf of themselves and their families or tribes, on behalf of their genes. [2]

The first rule of natural law, as it pertains to living things, is: Thou Shalt Act to Preserve the Molecular Information that Led to Thy Birth. That is “the natural good,” or “the good according to nature.” No one invented the idea. It evolved and persisted because it gave better odds for survival.

And, when you think about it, life is the highest good. Because neither truth, nor justice, nor freedom, nor prosperity has any value to the dead. Only to something alive may anything else be good. Truth is next in the hierarchy, subordinate only to life, since without truth freedom does not endure, justice becomes corrupt, and prosperity disappears. [3] Ideas like fairness and justice are not moral imperatives: they are, rather, moral luxuries that may be indulged in when they do not threaten higher values, such as life and truth.

Yes, we do need to use our intelligence. But the first thing we must use it for is to distinguish between what we can change, and what we cannot change. We can change our choice of actions, but we cannot change the natural laws that our actions must respond to. [4] There are conditions which nature imposes on us, and it isn’t “intelligent” to disregard them.

One of the conditions is: Life can’t avoid competing with other life. Another is: You can’t choose your opponents’ strategies. If you ignore either of those conditions, however noble you think your reasons are, then you are setting yourself up to be a sucker, a loser, and a corpse.

(1) Races may be compared with metal canisters filled with gas. The net effect of their collective behavior is like the temperature of the canisters. You can measure their temperatures in order to find out whether they are inside a safe-handling range. If you forgo testing the temperature, or if you are informed about the temperature but choose to disregard any “too hot to handle” warnings, then you risk being burned. However, temperature does not predict the speed of any particular molecule in the canister. It only tells you what the RMS average speed is. Likewise, statistics on crime rates, HIV infection rates, IQ scores, and on similarly important subjects, which are broken down by race tells us that certain races are, in general, rather nasty, savage, and primitive hominids, even though we realize that there are bound to be a few exceptions. The existence of those few exceptions does not justify or require our going over to those other races and associating ourselves in such a way that we will be burned.

(2) Millions of years ago, evolution was making animals more competitive by making them bigger, stronger, and more ferocious. The fossil record shows that dinosaurs kept gaining size and power. After a while, though, the point of diminishing returns was found, as the mass-to-muscle-power ratio set a limit on how large an animal could be without being unduly burdened by his own weight. At that point, additional increases in size were evolutionarily counter-survival, and further adaptive advantage had to be found by other means.

With the evolution of mammals, nature had settled on intelligence as the new means for evolutionary progress. But now there was a new trade-off: between the amount of time the mother remained pregnant, thereby being burdened and endangered, and the amount of time required for the formation of the baby’s brain. Nature’s compromise was somewhat longer pregnancies, but the baby was born without the ability immediately to care for itself. If the mammal babies were forsaken by their mother, as reptile babies usually are, they’d be easy prey for any carnivore or omnivore.

Nature’s remedy was to evolve a new emotion for mammals, and that emotion was love, perhaps first expressed as the maternal instinct to take care of babies. That allowed mammal brains to grow larger with time. It also overcame the “tragedy in the commons” problem for biological collectives—up to a point, anyway.

A socialism based on the idea that people are primarily members of biological collectives might actually work, whereas Marxism, which is based on the wrong sort of collective, never has worked so far.

(3) Often, when an enemy is not strong enough to threaten directly your hold on life, he will try to deprive you of access to truth as an intermediate step. For example, a group hostile to our race, unable to defeat us immediately in warfare, might adopt a strategy of gaining possession of the mass media. With control of the news networks, the enemy could confuse us regarding how the world actually works, so that we never figure out that our money system is a scam based on usury, designed to plunder us to the enemy’s profit. And with control of broadcast entertainment presentations, the enemy can confuse us about moral priorities, so that we come to regard being polite as being more important than being honest, or so that we become ashamed of doing what circumstances require of us for longterm survival, or so that we begin feeling guilty because our ancestors did what had to be done to make our own existence possible.

(4) Humans can alter their behavior. Compared to most other species, our behavior is relatively genetically unspecified. We have a response range and an intellect that permits us to calculate individual advantages for each of our possible choices. What other animals usually do is act in accordance with nature’s highest moral rule: they act to preserve the molecular information that led to their births. Man’s intelligence thus has a defect: it can lead individuals to sacrifice their genes to their personalities, which sooner or later leads to the extinction of the genes for that sort of intelligence. In the end, it will disappear. A species can remain both intelligent and alive only by winnowing the defect of excessively selfish individualism out of its intellect.

We can alter our behavior, but we can’t alter the laws of nature. That’s the point. We can be in a greater or a lesser degree of conformity to the rules that govern the odds of survival. But the greater the conflict is between the way we choose to live, and the way we were adapted to live, the more energy must be thrown into apologies to nature.

We can, for example, choose to tolerate our genetic defects, but, if we do, we’ll have to come up with more technological remedies for the trouble they cause in every successive generation. And, even if fossil fuels could last forever (which they won’t), the time would still come when we would be so unfit that nothing we could do will enable us to survive. The morality of nature states that races should rid themselves of heritable defects, by whatever means are necessary.

We can, for example, choose to create multi-racial societies, but, if we do, we’ll have to keep paying the costs that arise from the fact that racial differences include differences in the optimal form of government, and in the laws which are best, for each race. You can optimize for one race and put the rest at a disadvantage, over which they must sooner or later struggle for their survival, or you can sacrifice any sort of optimization, satisfy no one, and create an endless dogfight. As long as fossil fuels last, the costs of buying off racial strife can be paid, most of the time, and tensions defused. But fossil fuels won’t be around forever, and each multi-racial society is therefore a genocide-bomb waiting to explode. The morality of nature states that one country should have only one race in it.

The Love of Ages
Kevin Alfred Strom: French Translations
Jakob Friedrich Fries and the Intellectual Origins of Anti-Judaism in Europe
Perfect: Watch This Swedish Reporter Systemically Destroy Transgenderism
The Greatest Danger to Us Today
Intimations of Cosmotheism: Wagner and Shaw — A Synthesis
If You Don't Have a God You May Go Extinct
A White Guide to the Jewish Narrative
Tags:Morality of NatureNature's LawsPhilosophyPhilosophy of LifeRacial survival 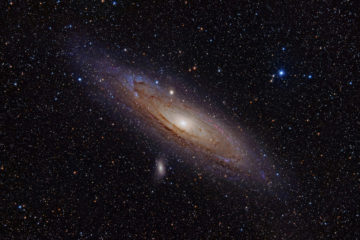 “The first rule of natural law, as it pertains to living things, is: Thou Shalt Act to Preserve the Molecular Information that Led to Thy Birth.”