Apparently the Confederate flag is now joining the ancient swastika as a criminalized symbol, and, judging by this hysterical media report, with an effect on Jews and their sycophants similar to the legendary effect of Wolfsbane on vampires.

At least four flags were found. Authorities have not determined what charges, if any, would be filed, but they have not ruled out the stunt as a possible hate crime.

“We have taken physical evidence and are doing analysis right now,” Turner said.

One of the flags was placed underneath a sign in the window of Ebenezer Baptist — a historic black church where King once preached — that reads, “Black Lives Matter.” The slogan has become a rallying cry in the past year following high-profile cases of police brutality in minority communities.

Another flag was placed on the path to the MLK Visitor Center.

“This is a sickening and troubling and provocative act,” Warnock told NBC News. “Coming on the heels of the Charleston massacre … you have to take something like this seriously.”

Atlanta authorities say they have strong evidence to help find the suspects. The surveillance video is also expected to be released soon.

Church officials said King considered Ebenezer Baptist, which was founded in 1886, his home.

“To place a Confederate flag on our campus is a political statement,” Warnock added. “When we are afraid, when we are concerned, church is where we go. We need to get together now more than ever.” 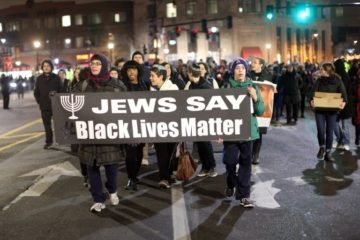 This could be a “false flag” operation with the intent to make the confederate flag a “hate symbol”. This is the way Jews operate by painting swastikas on their synagogues and tombstones and then complaining about “anti-Semitism”.

Now I get it: blacks are given space to “destroy” if they wish, but place a confederate flag on a pathway, and it’s a potential hate crime. This is bad.

“To place a Confederate flag on our campus is a political statement,” Warnock added. “When we are afraid, when we are concerned, church is where we go. We need to get together now more than ever.” Are we to understand that Warnock opposes political statements in the land of the free? During the civil war Jews financed both sides of the conflict. They were unbiased.