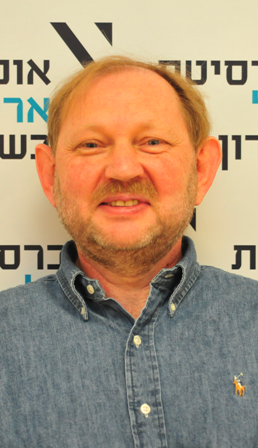 JUST A year ago, Russian journalist Vladimir Yakovlev was one of Moscow’s most influential media figures. (ILLUSTRATION: Zeyev Khanin, an official at Israel’s Immigrant Absorption Ministry)

Today, he lives a quiet life in Tel Aviv and has swapped his Russian passport for an Israeli one.

Yakovlev, the founder of the respected Kommersant publishing house and the Snob magazine, belongs to a new wave of disillusioned Russian Jews deserting their country for the relative stability of Israel.

“The big problem with Russia, and the main reason why I left, is the fact that our value system was destroyed,” he says. “Life in Russia has turned into Russian roulette. Every morning you turn the roulette wheel, you never know what is going to happen to you.”

Spooked by Russia’s actions in Ukraine and by the increasingly stringent punishments for anyone deemed critical of the Kremlin, Russians of Jewish descent have been fleeing in droves over the past 18 months.

According to Israeli authorities, as many as 4,685 Russian citizens relocated to Israel in 2014 — more than double than in any of the previous 16 years.

And the trend seems to be accelerating.

The nongovernmental Jewish Agency for Israel has released figures showing a 40-percent surge in immigration to the country between January and March of this year, compared to the same period in 2014.

Yakovlev, however, doesn’t consider himself a simple immigrant. He is, in his own words, a refugee.

“People usually emigrate due to domestic circumstances,” he says. “People are now leaving because they are scared to stay where they would like to live. They are running from Russia.”

Zeyev Khanin, an official at Israel’s Immigrant Absorption Ministry, says the average Russian immigrant has changed dramatically since the last mass exodus of Jews from Russia ebbed in the late 1990s.

He says newcomers from Russia are significantly younger, more educated, and, as a rule, hail from Moscow or St. Petersburg.

“The average education level is on the rise and the number of people with degrees in humanities has increased massively,” he tells RFE/RL. “Today’s repatriates are mostly the creative intelligentsia.”

Mikhail Kaluzhsky was among the 4,685 Russians who moved to Israel last year.

A journalist and playwright from Moscow, he is typical of the new wave of Russian immigrants described by Khanin.

Kaluzhsky says his decision to leave Russia is “directly linked to politics.”

In January 2014, he traveled to Ukraine to witness the Maidan pro-democracy protests that toppled Russia-friendly President Viktor Yanukovych.

He says the unwavering determination of Maidan protesters left a deep impression on him, together with an uncomfortable realization that Russian antigovernment activists lag far behind their Ukrainian counterparts.

“I understood that our protests were worthless,” he says. “After the Bolotnaya protests [in Moscow in 2012] in our country, demonstrators went to the restaurant. Activists on Maidan did not go anywhere, they stayed until victory.”

Then, Kaluzhsky lost his job with the Sakharov human rights organization as a result of Russia’s new “foreign agent” law.

The controversial law, signed by Russian President Vladimir Putin in 2012, forces NGOs that receive foreign funding and are deemed to carry out political activities to register as “foreign agents.”

“The center’s financial situation deteriorated as soon as talk about foreign agents started in Russia,” says Kaluzhsky. “Western foundations said they could no longer fund initiatives that may be shut down tomorrow.”

In fall 2014, the Sakharov Center was forced to scrap its theater projects, to which Kaluzhsky had actively contributed.

Russia’s annexation of Crimea from Ukraine was the last straw.

“After Crimea, our family decided to distance itself from all of this, most of all from the government,” he says.​

The Kaluzhskys now live in the outskirts of Tel Aviv. Their son attends a local Jewish pre-school and already speaks good Hebrew.

They have sold all their belongings in Russia and do not plan to return.

Vladimir Yakovlev, too, sees his future in Israel.

He and his wife have settled in downtown Tel Aviv, in a bright flat with a balcony full of flowers.

Most of their friends are other Russian intellectuals, and many of these friendships date back from their life in Moscow.

Yakovlev says Israel offers the best of both worlds — a sunny, friendly climate and the same circle of liberal, educated Muscovites that surrounded him in Russia.

“My group of friends here is almost the same as I had in Moscow,” he says. “We live in the same house as friends from Moscow, and I keep meeting people in the streets whom I regularly spent time with in Moscow.”

“No one,” he adds, “should be forced to spend their life dealing with this Russian nonsense.”

The Burden of Jewing, Part 1 — “Messianism”
"In Our Hands"
Ukrainian President Poroshenko Addresses the Knesset
By Their Fruits Ye Shall Know Them
Tiptoeing Around Our Problems
Jews and the White Slave Trade
A Discrepancy
Film Director Ethan Coen: Hollywood Run By Jews
Tags:IsraelJewish ImmigrantsJewsRussiaVladimir Putin

That Zeyev Khannin Jew pictured at the top really has a rat’s face.

Now I will tell you why this kike intelligentsia is leaving. Their careers were based on a campaign of slandering Russia on behalf of american NGOs. This was done with the approval of President Shalomov, who is a kike himself, a peon of america himself. The idea behind this slander is to get young Russians to desire American colonialism. Desire a maidan in their country. Now that these authors reached retirement age, they’re simply moving to Israel as they’ve planned long ago. There is no “Putinist terror” in Russia. They are disillusioned indeed, but that’s just a pathetic little lie that he put out, to cover the real reason for his relocation. A person can only push this bullshit for so long. There comes a time when even these authors… Read more »

The jew cries out as he slanders you

Every Jew that leaves makes Russia a better place.