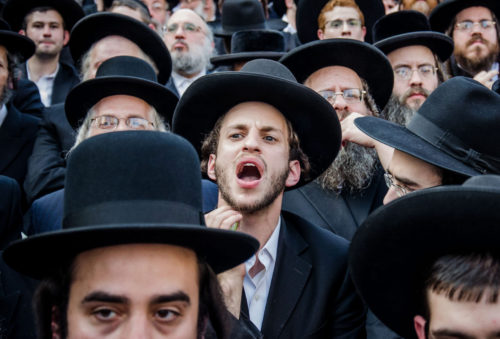 More confirmation that Jews are a mixed race, part European and part Middle Eastern; what the article does not state is the effect of 30 generations of selective breeding on the unique and intense “us versus them” Jewish mentality.

ALL OF THE Ashkenazi Jews alive today can trace their roots to a group of about 330 people who lived 600 to 800 years ago.

So says a new study in the journal Nature Communications. An international team of scientists sequenced the complete genomes of 128 healthy Ashkenazi Jews and compared each of those sequences with the others, as well as with with the DNA of 26 Flemish people from Belgium. Their analysis allowed them to trace the genetic roots of this population to a founding group in the Middle Ages.

“Ashkenaz” in Hebrew refers to Germany, and Ashkenazi Jews are those who originated in Eastern Europe. (Sephardic Jews, by contrast, are from the areas around the Mediterranean Sea, including Portugal, Spain, the Middle East and Northern Africa.) About 80% of modern Jews have Ashkenazi ancestry, according to the Hebrew University of Jerusalem. Albert Einstein was an Ashkenazi Jew, as were Gertrude Stein and Carl Sagan. Steven Spielberg and Scarlett Johansson are also Ashkenazi Jews, along with three current members of the U.S. Supreme Court (Ruth Bader Ginsburg, Stephen Breyer and Elena Kagan).

Despite their close ties with Europe, no more than half of their DNA comes from ancient Europeans, the researchers found. Only 46% to 50% of the DNA in the 128 samples originated with the group of people who were also the ancestors of the Flemish people in the study. Those ancient people split off from the ancestors of today’s Middle Easterners more than 20,000 years ago, with a founding group of about 3,500 to 3,900 people, according to the study.

Today there are more than 10 million Ashkenazi Jews around the world, including 2.8 million in Israel, according to the Hebrew University of Jerusalem.

The authors of the new study come from nearly two dozen research groups in New York City, Belgium and Israel. Many of the co-authors are not Jewish, but they are interested in studying this group because it is genetically isolated (since Jews have historically married within their faith, their gene pool is closed). That makes it easier to identify genes linked to specific diseases, like Parkinson’s and cancer, links that could well apply to non-Jews as well.

The study was funded by the National Institutes of Health and the National Science Foundation, along with several private foundations. 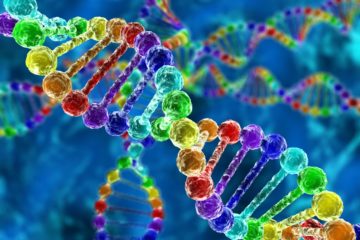 Who gives a toss? A kike is still a kike.

Robert: who gives a toss ? A racism is well connected to stupidity.

I think you will find the ones calling racist are the true racists , they also call for the death of all Christians and abuse Christian children because they are taught that it is not rape because they are subhuman, we all know who the real racists are and Robert isn’t one .