THEY WEREN’T hunting rabbits or deer, but birds, turtles and frogs, with slingshots. Where is their resettlement agency? Doesn’t it teach them that this isn’t done in America? Aren’t they being fed enough? They do get food stamps. (ILLUSTRATION: Burmese Karen refugees arrested for killing animals with slingshots: From left are Hsa Wah, Kehney Moo and Patty Poo)

And, what must the environmentalists of Massachusetts be thinking? Where is PETA, by the way?

Longtime readers know that Springfield, MA (in the land of Ted Kennedy, the ‘brains’ behind the Refugee Act of 1980) has been a ‘pocket of resistance’ to more refugee resettlement as the Mayor has begged the resettlement contractors to slow the flow to the overloaded town.

Previously we learned that the resettlement agencies working in Springfield included  Jewish Family Service (ED. Note: my emphasis) of Western Massachusetts and the renamed Lutheran Social Service of New England (see here where the CEO of Ascentria Care, the new name, says refugee resettlement is BIG BUSINESS). Clearly they are doing a pretty awful job of assimilating the refugees they resettle.

Here is the news at MassLive.com:

SPRINGFIELD – Three men were arrested and charged with illegally hunting in Forest Park Wednesday afternoon after police allegedly found them in the park shooting animals with slingshots.

The three men, Patty Poo, 54, of 211 Oakland St., Kehney Moo, 38, of 83 Acushnet Ave., and Hsa Wah, 60 of 85 Acushnet Ave., were each charged with cruelty to animals, hunting without a license, violation of Forest Park hunting ordinances, and breach of the peace while armed with a sling shot.

According to Springfield Police spokesman Sgt. John Delaney, police were called to a section of Forest Park at about 2:15 p.m. after receiving calls about people seen hunting birds in the park.

Officers responded to the area and found Wah, Moo and Poo with a bag containing dead turtles, frogs and birds, Delaney said.

The three were armed with slingshots and were apparently using small rocks and auto lug nuts for ammunition, he said.

Be sure to see this story at MassLive about how much commentary this story has generated. And, note that the case is on hold because a proper translator must be found.

Remember ‘welcoming’ communities? You must pay for interpreters when your refugees get in trouble with the law, have problems with medical care, and have issues in the school system.

Maybe the resettlement contractor responsible for the trio should be billed for their court costs instead of the taxpayer.

About the Burmese refugees….

We are told that these three are Karen (Christian) Burmese. They make up most of probably the largest ethnic group we have resettled since 2005.  (Although Iraqi refugees are catching up).

How many Burmese refugees are we taking?

The mostly Christian Burmese are one of the largest (if not the largest) ethnic group of refugees we have resettled since 2005 (I checked the data from January 2005 until May 1, 2015).

This surprised me: In that number were 12,615 Burmese Muslims.

Lew, Bill, Tupac, and Mitchell
Israel: Forced Deportation of Migrants
Why Did They Do It?
China: We're Not Going to be Accepting Refugees
Happy 5th of July
Jews: The Organizing and Funding Force Behind Anti-ICE "Actions"
Hungary's Second Fence
Two Kinds of Aggression
Tags:Non-White ImmigrationRefugees

The Ways of Existence 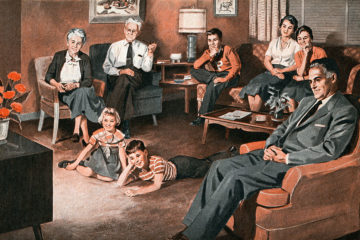