The Need for a New Religion 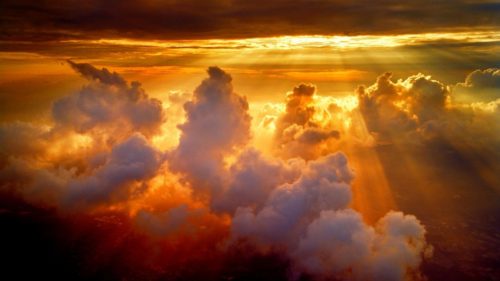 WE LIVE IN a world in which many people have a dark sense of foreboding. Particularly in Western European countries where we have experienced better times within living memory, there is a feeling that many facets of our lives are deteriorating and have been relentlessly deteriorating for several decades at least.

In material terms we appear to be better off than ever before and yet the material benefits themselves do not seem to adequately compensate for less welcome changes and the sense that somehow our civilisation is in decay. Also the greater awareness of environmental and demographic factors means that we are conscious of the fact that we in the West are ‘living beyond our means’ and beyond the means of our planet to sustain indefinitely. We are told that mankind is already consuming natural resources at a rate faster than our planet can renew them and therefore there exists a sense of guilt in one’s enjoyment of our apparently greater material wealth.

The rise of rationalism and science as the fonts of human wisdom and knowledge and the marginalisation of traditional Western religious beliefs, witnessed by the decline of particularly Christian religious adherence, is a sign of a decline in the spiritual health and well-being of our people. Our place in the world, our place in time and any sense of purpose in life have become blurred as religious belief has declined, to be replaced by a soulless philosophy based upon individuality, liberalism, materialism and personal self-gratification.

We sense, as I have already alluded to, a feeling that even our apparent growing material wealth cannot possibly continue. We are constantly reminded nowadays that we live in a world of finite resources and one of uncontrollable population growth. Already we are informed that for the whole of humanity to enjoy a standard of living equivalent to that enjoyed in advanced Western countries, we will need several planet earths to provide the natural resources required. Obviously therefore, such a state of worldwide parity with the Western nations is impossible unless someone devises a new almost magic method of conjuring wealth and energy out of nothing or discovers some, as yet undiscovered, unknown and limitless source of raw materials and the fossil fuels such parity would require.

Increasingly, we stumble from one crisis to another, only to find that corrupt and inept governments fail us, both in terms of managing the present and in terms of providing inspiration and solutions for what will come and the problems that we see looming. All too often our political leaders are shown to be men and women without vision, lacking any coherent mission and completely devoid of moral scruples. All too often, even when they are not corrupt at the outset, they become corrupted by the spiritual wasteland that our world has become, choosing eventually to enjoy the power and wealth that political office and influence provides with no real care for the direction we are taking.

Traditionally the role of the religions of the world has been to provide a ‘glue’ holding communities together, to provide a means by which rulers can control their subjects, to set moral boundaries to regulate the lives of people and to give them a sense of belonging to something or some cause that is greater than them and which gives their lives direction and meaning. Increasingly however, the scriptures have come to be seen as mere folk tales, of at best symbolic value, and with scant historic validity. Creation stories have been shown to be at variance with modern scientific opinion regarding the origins of the Universe. Furthermore, religious strictures have been revealed as arbitrary constraints, of little but symbolic significance in the modern age and belief in Christianity in particular, is at an all time low among the Western nations.

We live lives of apparently growing material wealth but in a spiritual, moral and ethical wasteland, life for us has no apparent purpose, values are all apparently subjective, transient and illusory. Friedrich Nietzsche in his The Gay Science declared that “God is dead”, but what is to become of us if the vacuum left by the demise of the Christian God is not filled by something else?

Today, most intelligent people reject traditional religions as aberrant pre-modern belief systems. Simply put, traditional religions appear to be assemblages of mythic stories propounding belief in anthropomorphic Gods, whose existence, either now or in the past is at best improbable and is in any event seen as irrelevant now in our modern age. Some religions, such as Buddhism assert as the ultimate goal in life the achievement of a state of inner peace that can only be achieved through a renunciation of self and one’s natural urges.

In short these religions fail to provide a credible explanation of: who we are; how we got where we are today; how we relate to the rest of creation; and what purpose there is in life; in a way that connects with the restless, Faustian spirit of Western man and our instinctive ethnocentricity.

Evolutionary psychologists such as Professor Bruce G. Charlton would argue that traditional religions fail because they lack a complete cosmology. Charlton has written that “[a] cosmology is a mythical account of the universe as it presents itself to the human mind; it needs to be poetic, symbolic, inspiring a sense of awe and mystery. Furthermore, a complete cosmology should include three levels of macro-, meso- and microcosm, in order to understand the nature of the universe, human society, and the individual’s relation to them”.

Traditional cosmologies according to Charlton, describe a “static ideal state towards which the world ought to gravitate”. He obviously has in mind here as examples, the state of ‘Nirvana’ or the attainment of the ‘Kingdom of God on Earth’. “However, modern life is characterised by rapid fluidity of all kinds of structures, including innovation and destruction, and growth in complexity of communications without a pre-established end-point. We do not know where we are going, yet we are accelerating towards it.”

“Because people do not have a basic symbolic understanding of the modern world and modern humanity’s place in it, they experience conflict between their cosmology and what they observe and experience. This mismatch between traditional cosmology and contemporary actuality is alienating. Consequently the modern world is frequently perceived as chaotic, meaningless, declining or collapsing”.

Reflecting the essentially European character of his own psyche, Charlton concludes, “A modern cosmology therefore needs to be focused on underlying process instead of structure, on dynamism rather than stasis. If modern individuals become able to develop mythic understanding of the evolutionary nature of things-in-general then their experience of change will match their deepest expectations. Consequently, people may be more likely to feel ‘at home’ in the world and broadly optimistic about the future.”

Through Cosmotheism, which I regard as scientific paganism, I believe that it is possible to establish a complete cosmology that meets all of the prerequisites set out above, which presents a compelling new world view that is wholly consistent with the spirit of Western man, which is consistent with current science and which has the capacity to evolve and adapt and remain credible as our scientific knowledge advances. I will expand upon this in future posts.

Homeless Jack on How It All Began and Where It Is Going
Western Civilization is White Civilization
Zionism I: Theory
All the Way
The "Is" and the "Ought"
The Delusional Wail of the Christian Culture Warrior
Afterthoughts on Afterlife
The Vast Journey of the Fourth Generation
Tags:ChristianityCosmotheismPurpose of LifeReligionSocial DecayWestern CivilizationWestern Man

Turning Off the Water -- and Turning On Your Mind 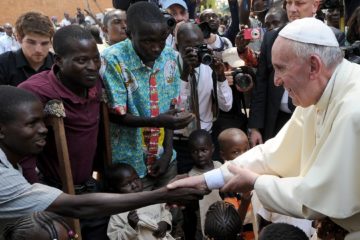 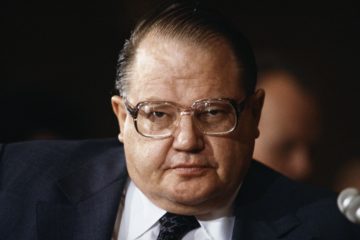 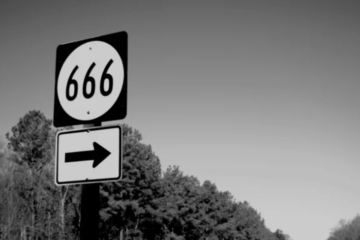 The Roots of Cosmotheism are ancient
and do run very deep within our race:
http://whitebiocentrism.com/viewtopic.php?f=10&t=900
Cosmotheism is a Panentheism of the late Dr. Pierce.
The Need for a New Religion is really just a need to
reconnect with a religion that was lost long ago and
just needed updating to the scientific facts of the
world of reality and with our with modern knowledge
of this Whole. Modern Cosmotheism is what is needed
today to align both our mind and souls with Reality.

The Need for a New Religion