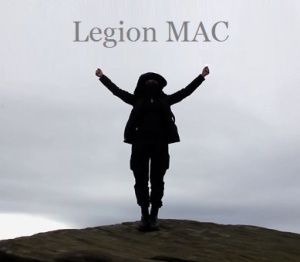 A British perspective on moving forward toward White community

FUNDAMENTALLY, the broader nationalist movement has now reached a position where we need to readjust our sights and adopt a new strategy. Many talk of change and of revolution, but they must face the fact that there are only a relative handful of White people in this country at the moment who care enough about the survival of their race to take decisive action; and so to think about a revolution in the short-term is stupid.

In order to revolt against an oppressive system you need certain psychological and sociological prerequisites that are only just starting to surface.

First of, you need a sizable section of the population who want change. You don’t need everyone – that’s impossible – but you need above 20%, at least and these people need to be bounded by a common identity — a common idea — and they must be prepared to give everything they have to securing the change they desire, for us, the future survival and self-determination of our people!

Due to the cultural subversion of Marxists, organised minorities and their fellow travelers, our sense of nationhood has been massively undermined so that we no longer have a strong sense of national feeling.  Broken into individual consumer units, stripped of any sense of national or racial pride, the vast majority of our people will not rally to their own defense because they don’t even recognize their own national, ethnic or racial self-interests: even many so-called ‘racists.’

Furthermore, for many, life is too good at the moment. Although there are large numbers of White people who are sick of seeing our country being taken over, most of these people won’t do anything about it due to economic pressures, social pressures, or in some cases, ‘burnout’: some very good people are sick-to-death of the nationalist movement’s perpetual failures and they’ve given up.

None the less, comfort is the real terrorist. When we are being perpetually entertained by television, given endless credit to live beyond your means, and told in many subtle ways by the anti-White System that we can have a comfortable, easy life, if we don’t ‘rock the boat,’ if we don’t stand up for our race, many succumb to a life as a ‘domesticated White animal’ unfit for vigorous political action.

The successes of UKIP, do indicate the potential for a racial awakening in our people’s collective unconscious, but what can we do, at a grass roots level to effect large scale change? How can we steer this underlying sentiment effectively and in the right direction — the White direction?

We need to stand back and take a long-term approach.  We also need to be very honest and admit the nationalist movement as it currently exists and as it is currently structured has failed! It’s all very well ‘giving it large’ in private meetings and making bold but hollow declarations that ‘one day we will win!’, when we go home to our multicultural city, town, and, nowadays, village, knowing deep down that as things stand, we have not a hope in hell!

Discounting a few honorable exceptions, we are losing because the nationalist movement has not produced people capable of effecting change, and so what we need to do, is become that type of person. That’s tautological, right?

Starting small, to build our power, we need to reject all the comforts offered to us by the current anti-White regime. This means leading a Spartan lifestyle: no alcohol, no drugs, no bad food, no nicotine, no TV, no degenerate company, no Zio-movies – be a man, be a woman and reject anything that is harmful to the self!

Then we need to study everything that is relevant to our situation, train in martial arts, seek character building extremes, learn to lead people – in effect, we need to be capable of achieving our liberation through becoming the type of person the masses will feel compelled to follow, because we will be so much better than the ‘leaders’ they have right now.  The work done by Legion Martial Arts Club is edging a section of the nationalist community in the right direction, but we need to expand the scope of its operations so that Legion groups become ubiquitous.

National Socialist Straight Edge is another movement that is promoting the idea of White self-improvement as an antecedent to political change, and if a critical mass of people within the movement can at least attempt to embark on this journey they’ll have much more power. Why? Stripped of the many distractions thrown up by our enemies , we will have clearer minds and be more able to focus all our energies on what needs to be done to secure the 14 Words.

Then, to build the identity needed to fight for our ideas, we need to move into all-White enclaves and build thriving, militant communities with our racial comrades, with the idea that we become the one thing that will save us in the long-term: a New Tribe, a new tribe of White people who have only one political question, ‘is it good for my race?’

Starting small, changing ourselves, and then building initially small White communities built on a tribal-racial ideology, but communities that will grow, we can work in a collective fashion to strive towards becoming ‘Aryans’ — which means striving towards being the best we can be. And we can only win this struggle if we become the best we can be!

By working in this collective fashion, we will, over time, create the financial, spiritual, intellectual, and media resources needed to offer the beaten down White masses a ‘New Order’ of racially conscious White leaders and communities that are fit to lead our people away from the decadence and corruption in which we currently flounder. So the question shouldn’t be will the White race survive, it should be are we willing to become the caliber of people who will make our survival inevitable?

Homosexual Militancy, Sexual Licence, and the Undermining of Traditional Values

Sheriff Speaks Out About "Stand Down" Order in Baltimore 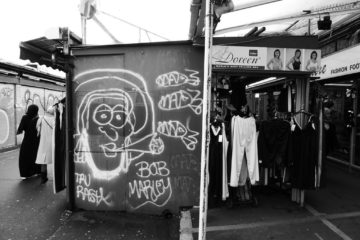 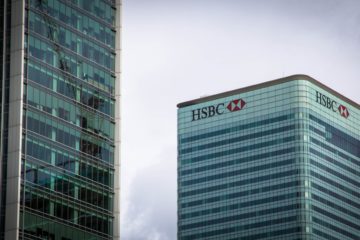 Nationalism doesn’t motivate people in the South. It was national authority that destroyed statehood in the 1860s. A long drawn out strategy of nationalism is too weighty. It’s leviathan which is contrary to the laws of nature. Motivation is the catalyst! So what motivates people. I say local control. It’s tactical–faster–natural.