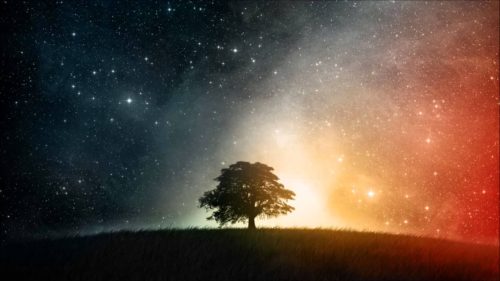 LAST MONTH we received the first part of the answer we have been seeking. It did not seem to tell us much, but in reality it contained the essence of everything else we will learn. Let us think about it for a moment before we go on.

What we are seeking to discover is man’s purpose, both individually and collectively. Throughout a billion years of evolution the answer to our question has slowly taken shape and has been written by God on our souls, just as a different answer to an analogous question has been formed in the deepest part of the being of every living creature — and the non-living as well. (That is, the answers are different in detail, but they are all the same in a more general sense.)

In the words of one of our sisters in spirit [Savitri Devi — Ed.], the sum of all these answers is the total expression of “that mysterious and unfailing wisdom according to which Nature lives and creates: the impersonal wisdom of the primeval forest and the ocean depth and of the spheres in the dark fields of space.”

To each creature and to each race of creatures the answer assigns a role and determines its relationship to the Whole. We can have only imperfect knowledge to the answers which apply to other creatures, to other races, for, although our science can tell us much, we cannot see into their souls.

What is the role of the Negro? It is evident that for the last few hundred thousand years, at least, the Negro’s message has, unlike ours, told him to stop and rest. Does it also tell him that, like so many other creatures in the past, his role is finished? Perhaps we will know later.

And what of the Jew? Who can see into those dark and murky depths? Judging only from what we can observe, we might easily guess that his role is analogous, on the human level, to that of the bacterium on the subhuman level: to serve as a ferment of decay and decomposition, infecting and bringing about the disintegration of civilizations and races not proof against him. His role is to stand in the Path, cleverly persuading some to turn around and go back, slyly tripping others and causing them to stumble into the depths to one side or the other.

But the message for us is that we must neither turn back nor rest, but must continue upward, overcoming every obstacle in our way.

When we ask these new questions, the fiery characters before us shift and change, and now we can read:

“Upward, toward the Creator.”

“Upward, because you yourself are not only an instrument of the Creator but a living part of his Being, which is the Whole. While you were unconscious of this truth, you were a very imperfect instrument of his Will. But now the truth has been revealed to you, and as your understanding of that truth grows, so will your degree of utility as an instrument in the service of that truth.”

“And so will grow within you the portion of the Whole; so will burn more brightly within you the Divine Spark. And that Spark will serve to guide you further along the path you must follow.”

Then, for a moment, the mists clear, and we are able to catch a breathtaking glimpse of what lies ahead of us. It is as if we are standing on a narrow rocky ridge. Behind us it falls off steeply into the dark jungle from which we have been slowly and laboriously climbing for so many eons — a jungle whose tendrils still curl across the ridge for some distance ahead of us, forming snares which will trip us if we are insufficiently vigilant.

But the ridge eventually rises above the last of the jungle and into the crystalline air above. And as our eyes continue to follow the ridge before us, ever upward, mounting to dizzying heights, we can only guess at the dangers which lie there. We already know that there were safer stretches of the ridge behind us, where the climbing was easier than it is now.

But, despite the dangers, the ridge ahead of us remains unbroken — and unending. Finally, it passes beyond the limit of our vision in the starry sky above. Who knows what new worlds it reaches — and then leaves behind it?

All we know now is that, unlike others who must remain in the jungle below, we must continue along this never-ending, always upward Path toward Godhood. But, even as the mists swirl about us once again, we can faintly see the other signs ahead, and we shall soon be able to decipher them. They will tell us more that we need to know in order that we can continue climbing with a sure sense of direction that will keep us from stumbling off the Path.

Who We Are #3 -- Cro-Magnon Man: The Apex of Human Evolution?
Countering the Poison
Climbing the Mountain
Darwin on the Rise and Fall of Human Races, Part 2 of 2
Our Revolutionary Right
All Flesh is Grass
Our Proximate Future
A Program for Survival
Tags:CosmotheismDr. William L. PierceEvolutionNational Alliance BULLETINNaturePurpose of Life

Jewish Professor: Pornography Used by Jews as a Weapon

The Coming of the Jews to America 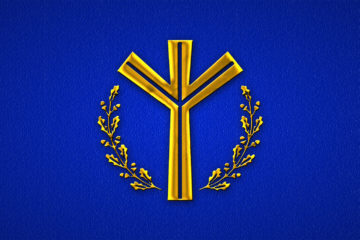 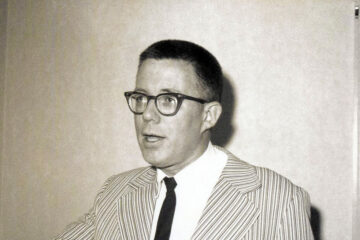