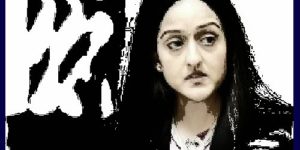 IN A sense, I agree.

I doubt that was the angle US Dept. of Justice official Vanita Gupta (pictured) had in mind when she blamed the riots in Baltimore on slavery and Jim Crow laws.

Gupta is the top civil rights prosecutor for the United States Department of Justice (DOJ) and a former Deputy Legal Director of the American Civil Liberties Union (ACLU).

Her parents immigrated to the United States from India to take advantage of the advanced lifestyle, compliments of privileged white people.

Gupta made her assessment of the Baltimore riots in a speech at the Colorado Lawyers Committee annual lunch.

She is apparently unaware that the first legal slave holder in American history — Anthony Johnson — was black and that thousands of free black households in the antebellum South owned slave labor. Those included William Ellison, the largest slave holder in South Carolina in 1860.

Oddly, millions of black Americans did not flee the oppression fostered upon them by white Americans. Rather, millions of non-white — including Gupta’s parents — came to the United States. Apparently white privilege and white racism in the United States is preferred to racially homogeneous nations such as India and most west African countries.

What excuse do you give for Congoids rioting in countries which had no “institutionalized” slavery? You know those countries that have become welfare magnets for the poor and poorly understood Congoid?

Bongo beats start playing in the prison yard as a celebration for the entry of a new white inmate. He soon will be making phone calls to his family, not to say hello, but to wire funds for guys named Rufus and Pedro. The toughest white dude is no match for the non-white gangs that lurk in the prisons toilet or TV rooms; they will not murder the goose that can pay for their heroin habit, bitch slapping the dude a few dozen times is enough to get him on the phone to his family.

It’s interesting that she’s Indian, because from my experience, Indians are certainly one of the most racially motivated groups in this country. They abhor blacks. Numerous Indian fathers have murdered their own children because they were engaged to blacks, although it barely makes the mainstream national news. Indians particularly hate blacks, Mexicans…. and whites largely due to the fact that they see us as their main competition. I think they actually despise us partly for not being organized as a people, as they are. I could almost give them a pass for that one. The average IQ of India as a country is 84… the same IQ as Nigeria, and one IQ point lower than blacks in America. They’re cunning, organized, focused, determined non-violent, socially/politically “conservative” overachievers who are not… Read more »