The Laws of the Solar System Empire, by Imperial Decree

Lighthearted fantasy contains much worth thinking about

THE SOLAR SYSTEM EMPIRE (SSE or Empire) is an absolute imperial monarchy whose territories include all the space and all of the mass within 1000 astronomical units (1.496e14 meters) of the solar system barycenter, excluding only Earth, which is the property of its inhabitants, and the Sun, which is the common heritage of mankind. All of this space and mass is owned by the Empress herself and is leased to citizens of the SSE and to corporations wholly owned by citizens of the SSE, usually without charge or taxation, at Her Imperial Majesty’s pleasure.

Necessary qualifications for naturalized citizenship in the Solar System Empire include:

1. Being white by race. At least 93.75% of specified racially variable genetic markers must indicate white race membership, according to the results of SSE-administered genetic tests.

Persons who are 87.5% to 93.75% white, but who are otherwise exceptionally favorable, may appeal to the Empress for a wavier.

Under no circumstances will anyone who is less than 87.5% white be eligible for citizenship in the Solar System Empire.

2. Having an IQ not less than 115, as measured by an SSE-approved intelligence test.

4. Being entirely without communicable disease or heritable defect (medical tests)

Empire standards apply. Terrestrial criminal records are considered, but they are not necessarily decisive.

Interracial mating is deemed a grievous immorality. No person who has a mixed-race natural child, however eminently otherwise qualified, shall be granted or shall retain SSE citizenship.

7. The Empress does not veto your naturalization.

On certain conditions, an individual applicant may gain preferential consideration for citizenship, provided that he or she is eligible by the criteria described above. Examples include:

4. Having an unusually high degree of artistic talent.

5. Having an unusually high degree of aptitude in a skill for which the Empire has need.

6. Having an unusually high degree of self-discipline and personal integrity.

7. The Empress likes you.

Earth’s space. The territory of Earth is deemed by the Empire to include the space nearest Earth out to a geocentric distance of 52.8 million meters (1.25 times the geosynchronous orbit radius).

Incursions by any object sent from Earth into the space of the Solar System Empire, without the Empress’ own permission, will be considered an act of war, with the single exception that Earth may transfer supplies, communications, and personnel to and from its Embassy at L5 without requirement of prior notice or authorization.

Forfeiture of Diplomatic Immunity occurs generally as a reprisal for espionage or for weaponization, though there shall be no immunity from the Her Imperial Majesty’s displeasure.

Use of the Embassy or transits therefrom to thereto, in order to conduct espionage or acts of war against any part of the Solar System Empire, shall be sufficient to terminate these immunities and to close the Embassy itself.

Further, an attempt to convey to, to manufacture in, or to conceal within the Earth Embassy, weapons able to harm spacecraft or assets of the Solar System Empire will be considered an act of war.

From time to time, the Empress may allow terrestrial scientists to visit a part of the Solar System Empire with an Imperial Escort. These Joint Scientific Missions (JSM) will equally share their discoveries, their data, and their publications with the SSE and with Earth. JSM resulting from Imperial solicitation, in which terrestrial scientists are recruited for an Imperial project, will be paid employment: the terrestrials will be paid a salary in gold Imperial coinage. Any taxes or costs of currency conversion upon return to Earth will be the obligation of the former employee, not that of the SSE.

The following actions shall be capital crimes, punishable by death, everywhere in the Solar System Empire:

Examples: poisoning a water supply, introducing a lethal disease to a populated area, trying to evacuate a pressurized habitat, putting a bomb on a spaceship, etc.

3. Perjury in the Imperial High Court.

4. Taxation without, or which exceeds, the permission of the Empress.

Such permission has never been granted, as of this date.

Charging interest on a loan.

7. Being an accessory to any of the above.

Examples: Concealing someone wanted for murder or for treason. Failing to report someone who charges interest on a loan. Taxing with the Empress’ own permission to build a road but using some of the tax money for a different purpose. While acting as legal representation for someone accusing, being accused, suing, or being sued in the Imperial High Court, intentionally telling, conveying, proposing, or tolerating a lie during legal testimony.

NYC: 400 Discrimination Lawsuits Filed by Just Five Litigants
What We Owe Our Parasites
California Senate Moves to End All Campus Criticism of Jews and Israel
Winning
Intimations of Cosmotheism: Wagner and Shaw — A Synthesis
Men of Valor
Iran Sentences Billionaire to Death for Corruption
A Deeper Understanding of Who We Are and What We Must Do
Tags:LawPhilosophyScience Fiction

Jews and Moneylending: A Contemporary Case File, Part 3 of 3 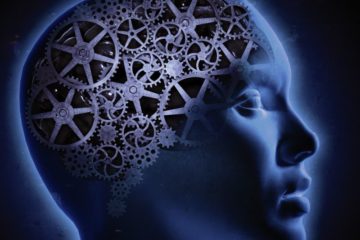 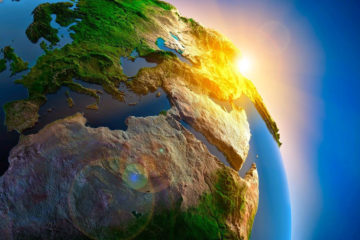 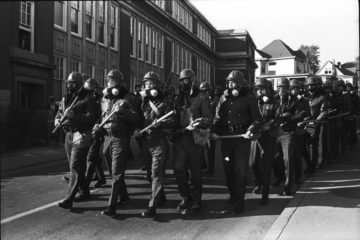 The Declaration of Basic Law for the Solar System Empire was later amended. First, the section regarding the regulation of the Earth Embassy was repealed because multicultural countries were sending non-white staff who had been told to solicit political and biological corruption among Empire diplomats. The terrestrials were deported back to Earth, and the embassy at L5 was destroyed. Second, after being repeatedly challenged over her racial criteria for SSE citizenship, the Empress added a paragraph in explanation: Reason for the racial criteria. The Empress is white and intends that the part of humanity that shall populate the Milky Way Galaxy, and every other galaxy to which she can send it, shall be not less than 90% racially white. Although humanity will have a different evolution going forward on every… Read more »

Very nice text!! However, the idea of a White Racial Space Empire will be a reality ONLY if we discover new Physical Laws, and successfully create a new technology, which will enable us to do FASTER-THAN-LIGHT TRAVEL!! Only then, the White Interstellar Empire could become a reality, with inimaginable potential space for White Creativity and Progress!… There is a group in NASA, which specifically works on theoretical research on “exotic” technology, which could indeed open the way to Intersteller Travel.

You will notice that the Jewish supremacists have tried to diabolise the idea of an all-White Interstellar Empire, in the STAR WARS movie series! The style of the Galactic Empire in STAR WARS is very “Nazi-like” in its traditions, uniforms, elegantly shaped Star Destroyers, etc… NO coincidence, obviously!

No, Brenda Jones’ starships won’t be faster-than-light ones. They won’t even fly at relativistic speeds (or close to the speed of light). Brenda’s starships are slow boats, traveling at about 0.001c or 300 kilometers per second, moving through the galaxy at the rate of one light year per thousand years. The starships don’t carry living people. They carry highly redundant digitized copies of people. Like electronic, but better. Brenda has an innate ability to memorize the structure of an object and replicate it using any other matter as feed stock. She can copy pizzas, devices, or people in the same way you might copy a file from one computer to another. This matter replication is, in fact, the most often used divine power. It’s how Christ turned water into wine,… Read more »

The Laws of the Solar System Empire, by Imperial Decree