Jewish Think Tank: There’s Never Been a Better Time to Be a Jew

Jewish group states Israel “leads Washington by the nose” because “our power is unprecedented”; also states “to be fully assimilated” is to “disappear from history.”

THERE’S NEVER BEEN a better time to be a Jew, according to Gidi Grinstein (pictured), founder and president of the Reut Institute. “Look at what happened with [Benjamin] Netanyahu’s speech in Congress and the ability of an Israeli prime minister to lead Washington by the nose, to the chagrin of the United States president,” he says. “It would have been inconceivable a decade ago that an Israeli prime minister would defy the will of the American president. Today, it’s possible because our power is unprecedented.”

Grinstein founded Reut in 2004 as an independent research institute “designed to identify the gaps in current policy and strategy in Israel and the Jewish world, and work to build and implement new visions,” according to its website.

Grinstein developed his vision for the institute as a nongovernmental cross between the National Economic Council and the National Security Council as a graduate student at Harvard’s John F. Kennedy School of Government, and after serving as secretary for the team negotiating with the Palestinians in the Ehud Barak government at the turn of the century.

One of the projects of the nonprofit, whose privately funded budget in 2013 was 7.4 million shekels ($1.9 million), is to propel Israel into one of the top 15 nations in the world for standard of living.

There is something deceptive about the image of Grinstein, who was close to the top of the political echelon before he was 30 and studied in an elite U.S. university. He is eloquent, very cordial, and it seems that his desire to improve the face of Israeli society is not hollow rhetoric, but rather powerful combustible material. His shaven head, a powerful handshake and a dark suit complete his image as a decent, masculine, authoritative man. He is a marathon runner in his spare time, and he also has a black belt in karate.

When Grinstein talks about Israel’s future and the Zionist vision, he gets carried away. His political analyses are interesting — and after turning off the recorder, some become profound. But when he takes pride in the praise he receives from rabbis, and insists that the mission of the Jewish people is “a historic fact beyond a doubt — look at the message of the prophets of Israel,” he sounds imbued with messianic fervor. His words are somewhat mystical, and it seems that no fact or counter opinion will breach this wall of self-conviction.

His book, Flexigidity: The Secret of Jewish Adaptability and the Challenge and Opportunity Facing Israel, was first published in English in 2013 and has just been translated into Hebrew.

“Flexigidity describes in one word the mechanisms that ensure the existence, the might, the flourishing and the leadership of the Jewish people throughout the generations,” says Grinstein. “It flows from the unique way in which the Jewish people integrates old and new, innovation and conservatism, flexibility and rigidity — hence, flexigidity. The big paradox of the present time is the tension between unprecedented power — a combination of economic capability, diplomacy, etc., of Jews in Israel and the Diaspora — and great vulnerability, which stems from Jews being concentrated in two geographic areas: Israel and the United States.”

Grinstein notes that Jewish vulnerability also exists because many have distanced themselves from organized communities, a mechanism that secured Jewish existence for generations.

He claims that every organization, person and institution has flexigidity, but many societies fail in managing the process of adaptation and collapse. “In the United States, for example, rigidity stems from the Constitution,” he says. “Jews have the Torah and a mechanism of interpreting the Torah that obliges them to do certain things. But Jews managed to survive tremendous crises time and again. Thing about the Babylonian exile, the Holocaust, the destruction of the Temple.”

The failed Bar Kochba revolt of 133-135 C.E. “led to the near emptying of Judea from its Jews, with hundreds of thousands killed or sold as slaves,” writes Grinstein in his book. “Others continued to live in the Galilee under harsh conditions, dispersed across the Roman Empire, or fled to Babylon.”

Yet, notes Grinstein, the Jews by that time had adjusted to life without a Temple. “The Jewish religion had become flexigid, carried in the hearts and minds of Jews, as well as in the sacks on their backs,” he writes. “This transformation helped Jews escape the fate of all other small peoples who were exiled by great powers of antiquity, eventually to be fully assimilated and to disappear from history.”

Netanyahu and Grinstein have at least one thing in common: the tendency to rely on thousands of years of Jewish history to interpret current events. However, no less than Ayatollah Ali Khamenei and the Iranian nuclear threat, Grinstein is concerned by the way Jews run their own affairs. He says that to a certain degree, the claim of the book is that Theodor Herzl’s vision of being normal like all other nations is a disaster.

“Firstly, it’s an unattainable vision. The Jewish people is not like all nations,” Grinstein states. “It is a special nation. And the uniqueness of the Jewish state flows from its heritage. Therefore, the more modern and Western Israel is, the more alienation there is among large parts of the nation. Zionism is not only a revolution but an evolution. It developed from the history of the Jewish people and needs to serve its goal on a variety of topics. There is almost no aspect in the State of Israel that is detached from the Jewish people’s historic connection. The method of elections; Israel’s social structure; the Rabbinate; the control of holy places; the treatment of Palestinians … these are all not only questions of Israel and Zionism, but also questions whose answers need to flow from the wide perspective of Jewish history and Jewish society.”

The broad perspective is disappearing from public discourse, asserts Grinstein, and his book seeks to restore that.

“The book is written from a nonreligious Jewish perspective,” he says. “I claim that we came to create a new society here — not undetached from heritage but in coordination with it. Israel has a lot to learn from Jewish heritage when coping with 21st-century challenges: inclusive growth; adapting the national security concept to changes in the strategic environment; serving the Jewish people; and ending control of the Palestinians.

Grinstein grew up in Holon — just south of Tel Aviv — the oldest of three children to parents who were engineers. “I grew up completely secular,” he recalls. “I didn’t even have a bar mitzvah. I was rebelling.” He and his wife Betty, who grew up ultra-Orthodox, moved their family to Manhattan two months ago, “to develop a platform for Reut in the United States.” …

His interest in Judaism developed gradually. He says that when he was a naval officer in 1994, he attended a camp for young Jews in California. “I left Israeli and returned Jewish,” he recalls. “The coin dropped there that I am part of a bigger story. I met proud Jews who didn’t fear anti-Semitism, who are sure of their place and status, who don’t think about moving to Israel. I realized there is an entire world of Jewish people who are not part of the classic Zionist discourse, which rejects the Diaspora.”

A week after returning to Israel, he came across Yossi Beilin’s pamphlet advocating bringing every Jewish child to Israel for a visit.

“I offered to translate the vision into a plan, and I set up a small group that planned what turned into the Taglit-Birthright project,” he recounts. “At that time, the idea of bringing Jewish youth for a visit to Israel without immigration being the goal was deemed radical. They called us post-Zionist. Today, one of my greatest feelings of pride is that Sheldon Adelson is funding Yossi Beilin’s vision.”

He then went to work for the Economic Cooperation Foundation (ECF), where he met Gilead Sher, whom then-prime minister Ehud Barak had appointed to head the negotiating team on a permanent status agreement between Israel and the Palestine Liberation Organization. Sher asked Grinstein to join as the team’s secretary and coordinator.

“There was a lot of work with the Egyptians and the Jordanians, the White House and, of course, the Palestinians,” recalls Grinstein. “Until the second intifada.” With his return from studies at Harvard, he returned to ECF, translating its vision into practicality, before founding Reut.

Despite the multitude of anecdotes from Jewish history, Flexigidity is not historical research but rather an “essay on the way the Jewish people has managed,” according to Grinstein. “Judaism survived because it creates among many of its adherents the feeling that it is not immortal. There is always a part of the framework of communities comprising the Jewish world that is in crisis. My claim is that it is necessary to the system’s development, such as French Jewry now.” …

Jewish Influence in the Lives of Peoples
The Myth of "Giving Iran $150 Billion" in the Nuclear Deal
Art: Fraudulent and Real
Iceland Reveals US Plot To Frame Julian Assange
Spiced Crambe
At Russia's Insistence, Israel, a Haven for Pedos and Sodomites, Bans them From Adopting Russian Chi...
Illiberal Novelist
The Racial Will to Live
Tags:IsraelJewish IdentityJewish powerJewsJews in AmericaUnited States

Italy Is “Close To Collapse” From Immigration 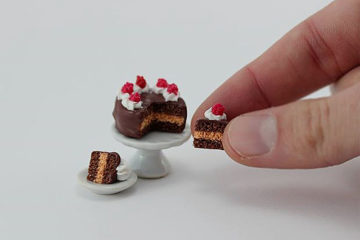 Jewish Think Tank: There’s Never Been a Better Time to Be a Jew