Saudis: Israel Can Use Our Airspace to Attack Iran 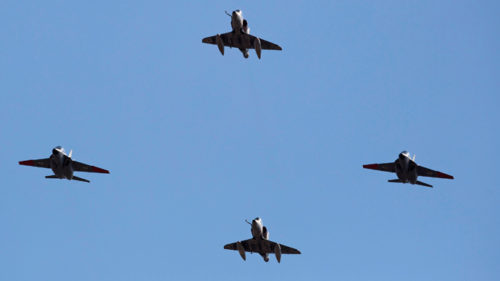 SAUDI Arabia has reportedly agreed to let Israel use its airspace to attack Iran if necessary, in exchange for “some kind of progress” on the Palestinian issue, Israel’s Channel 2 TV station quoted an unnamed European official as saying.

“The Saudis have declared their readiness for the Israeli Air Force to overfly Saudi air space en route to attack Iran if an attack is necessary,” the report stated. In return for cooperation, Saudi Arabia wants to see some “progress” on the Palestinian issue.

The move will reportedly allow Israel to bomb targets in Iran by offering a shortcut, which will save fuel and time.

The Saudi position was confirmed during multiple diplomatic talks, according to the TV report. “The Saudi authorities are completely coordinated with Israel on all matters related to Iran,” the European official from Brussels was quoted as saying.

The report also revealed that the two states share intelligence when it comes Iran’s nuclear program.

There are no diplomatic ties between the two states, but there have been various reports in the past that Riyadh and Jerusalem have been cooperating when it comes to Iran and its uranium enrichment program.

For example, in November, Israel’s Mossad and Saudi officials were said to be working on contingency plans that could have included an attack on Iran if its nuclear program was not curbed enough, according to a report. It was also revealed that the Saudis were willing to assist an Israeli attack by cooperating with the use of drones, rescue helicopters, and tanker planes.

“It is not the first time this issue has been raised, of creating an air corridor from the Saudi Arabia side to Israel to arrive directly to Iran,” Tal Pavel from the International Institute for Counter Terrorism told RT. He noted, however, that “the possibility of an event like this happening is very low.”

If Israel accepts the demand of “restarting Israeli-Palestinian peace negotiations,” it would “do a lot to ease the tensions in the Middle East,” Pavel added.

The Israeli report comes amid a rift between Israel and the US on the issue of Iran nuclear talks. The talks include P5+1 powers – China, France, Russia, the UK, and the US, plus Germany.

Last week, the White House and State Department stated that Israel has inaccurately provided information and twisted the official US position in nuclear talks with Iran, and accused Jerusalem of “selectively” leaking details of sensitive talks.

The P5+1 talks, which are aimed at resolving the long-running dispute over Iran’s nuclear program, will continue until the end of June, after parties failed to reach a deal by the previous November 24 deadline.

At the beginning of February, Iran said it would resume the expansion of its uranium enrichment capacity if Washington introduced more sanctions against the country.

Staying Sane in a Crazy World 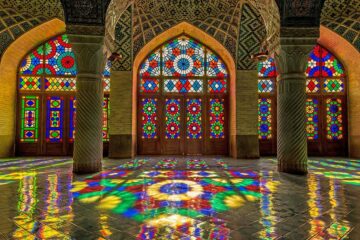 Yesterday I received a telephone call from another organization in the den of iniquity, one of those extralegal things , who claim to serve those American interests disavowed by my elected representatives, such as justice, law , national security and the like. It was conceived and chaired by Jay Sukalov ,a “Russian”, who has wandered to the USA to feast on the carrion of the moribund republic. After his plea for the “poor, Christians” in Palestine , who are presently being persecuted by another invention of AIPAC called ISIS or something, another gentleman with the spurious name of Jerry West advanced their cause with a plea for money. I would have never known. I refused. And further recommended that he should call the American Christian churches, for it was their… Read more »

Intersting note to the SAudi Air Force . The war aeroplanes in the photograph I recognize as the Douglas A-4, an American donation.

The others I cannot. They are probably Russian, Mig or SUk . AMerican bombers escorted by Russian fighters. WHy not?! Mr Gorbachov now has leased from Nancy Pelosi’s apartment possession in San Francisco. It is a small world at the top.

Saudis: Israel Can Use Our Airspace to Attack Iran