I Get Called A White Supremacist… Again 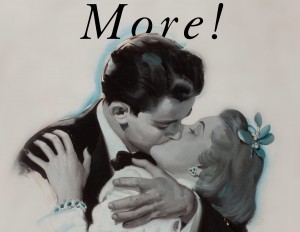 Ho Hum, Yawn — and What I Believe

I WAS CALLED A WHITE supremacist again recently (and not in a good way) by one of the usual low I.Q. lefties whose mouth is bigger than his brain and who apparently doesn’t understand that words have meanings.

Usually I don’t bother with bigots like this, but maybe this is a good opportunity to discuss what I believe; since it may also be of some minor interest to others who may also have similar beliefs and who have been called names by the bigots.

I checked many definitions of the term and the above is fairly representative. None of the definitions I’ve seen, including the one above, fit what I believe.

Thus, by definition, I can’t be a White supremacist.

Truth be told, I know too much about evolution to believe that one type of organism, including one type of human, is across the board “superior” to other organisms. This just isn’t the way life adapts and evolves. Superior? At what? In what environment? No organisms are superior or inferior across the board, they are just different.

But this begs the question about what I do believe about human beings and human races.

Unfortunately, for those who don’t like reading a lot of words, I have to start way upstream from human beings and work down to them in order to explain how I’ve arrived at my views on human beings. Nevertheless, I’ll try to keep this as mercifully short as I can. Naturally, this will entail leaving out a lot of details. If you want the details, you can find my essays all over the Internet or you can read my books. [See links at the end of this article for ordering information. — Ed.]

GENERALLY: I believe in the ways of existence. [You can stop right here if you want. What follows just explains what this means to me.]

THIS MEANS (in part): I believe in cosmic evolution (continual change throughout existence). I also believe that existence started from absolute nothing and began with a single point — a First Cause. I believe that change is the only constant in the universe including on Earth. This includes changes in organisms, including humans. I further believe that every organism in existence or which ever was in existence or which will ever come into existence is also its own single point that may or may not cause a branching off in new directions. Thus, you and I and every other organism is a single point. If we reproduce, we have started branching off. If we don’t reproduce, we are dead ends.

ABOUT LIFE ON EARTH: I believe that DNA (and the genes that are part of DNA) is the major determinant of the way life “IS,” on Earth and that all life on Earth evolved from the forces started by the First Cause that started everything and which eventually led to the evolution of the first molecule of DNA. This first molecule of DNA was a “single point,” between so-called non-living matter and living matter. This first molecule of DNA — this spiraling, code carrying, miniature cornucopia and life force — then started expanding, like the universe itself. From out of that first molecule of DNA started pouring forth an endless supply and variety of life constantly being modified so that DNA would survive and fill all niches where life is possible. The process of the expansion of the DNA continues as new forms of life mutate, branch off and evolve out of earlier forms.

This march of the DNA is a natural process and is never ending as DNA automatically and endlessly “tries” to fill all of existence with itself and constantly tinkers with life in order to survive under all possible conditions. As it branched off, this first molecule of DNA retained its basic core code that reads “life.” All other parts of the code were remarkably changeable so that living organisms carrying the DNA code would be able to come into existence and not only survive, but be comfortable and able to make a living in every possible environment.

If you’ve ever scratched your head when you’ve seen science articles about humans being this or that percentage the same as apes, or rats, or flies, or even bananas, you needn’t wonder about it. The reason we share so much with all other living organisms is because we all came from that first molecule of DNA that crossed the threshold from so-called non-living matter to living matter. It is not the similarities that are most important to us, but the differences. And, in the world of DNA, very minor changes can have major effects.

DNA is DNA no matter what organism it is in. The only difference is in the shuffle of the billions of combinations of the four chemicals that make up DNA.

AS FAR AS HUMANS GO: I believe that humans are just one of millions of life forms that came from that first molecule of DNA. Just as there was a single point — the First Cause — that has been expanding and evolving ever since it began, so too was there a single point of every type of organism including humans. This first true human — a single point — then became, largely through natural selection, the first cause of all humans.

WHITE PEOPLE: A sub-species of homo sapiens; a branching off from other human types. I believe that there was a single point White person who was one of the descendants of people who probably arrived in Europe from other places. This single point White person; or, to be more precise, the mutated genetic code he or she carried, then expanded via natural selection and eventually became the norm for Europe as the individuals produced from this particular genetic code proved to be the most fit for the European environment. I believe that Whites not only evolved the outward characteristics that we can easily see — skin color, hair color and texture, eye color, bone structure, head shapes,etc. — but that we also evolved internally, including in the way our brains work.

Now, to be clear, when I speak of a “single point” as with a single point White person, it’s not really as clear cut as it sounds. I believe that a person was born with a genetic mutation that made him or her whiter than others at that time. And as science now tells us, whiter skin allows for the production of more Vitamin D in less sunny climes and thus helps prevent rickets. This person thus had a survival advantage over others. This let him or her live longer to produce more children. Some of those children carried the white skin gene mutation and passed it on to even more children. Over the centuries, due to natural selection, the gene(s) for white skin won the battle with the darker skin genes in Europe and replaced them.

OUR PRESENT SITUATION: I believe that today, as never before, White people are an endangered sub-species and that we face extinction largely due to the modern lack of isolation, and the attendant gene transfer called miscegenation, and also because of abortions, birth control, and by purposely having fewer children than we can have who share our genetic code with our mutations that make us, us.

OUR DESTINY: I believe that destiny is not predetermined and that our highest destiny can only be achieved by avoiding the things that hold down our numbers and keep us from teeming. In this regard, I believe that we need a certain critical mass of our kind of human for us to progress. I further believe that we must follow a certain path in life (described in my many essays). Suffice it to say, here, that the path requires right thinking and the right actions that follow that right thinking and that the most important part is to have as many children in our image as possible.

CONTROLLING OUR DESTINY: I believe that the changes we see that constitute evolution are nature’s default settings. I believe that we can change those settings to our advantage and that we can control our evolution so that we not only do not go extinct, but so that we expand just as we once did when we started as a single point in Europe when we branched off from the rest of mankind.

ISOLATION NEEDED: I believe that because White people are a later evolutionary development, that our White genes are not as fixed as those of other peoples, and that this is why it takes two White parents to make a new White child. In other words, most of our unique genes are recessive. In the past, and with our European isolation and social taboos about miscegenation and abortion and without modern birth control measures, we were able to reproduce as nature intended us to. Those days are gone, and we must adapt to a new reality and we must now make conscious decisions to continue our evolution.

The difference between humans and other organisms is that we can study and understand the automatic ways of nature and we can act to change the course of evolutionary history if we have a proper understanding of what it’s all about and if we so desire.

As I indicated above, I believe that we can change the default settings of nature so that we evolve in the best direction for us, and we can leave blind hit-and-miss evolution to organisms that have less consciousness. And, no, this does not involve false eugenic ideas about breeding the few and the best. I believe that is counterproductive. In fact, I believe that to change the default settings of nature, we have to breed willy-nilly with our own kind without being overly picky about our own people who we produce children with.

Russia Exhumes Bones of Murdered Tsar Nicholas and Wife
My Political Education
True Religion, Meaning, and Purpose are One With, and Indissolubly Linked to, Our White DNA Code
The Children of Ra: Artistic, Historical, and Genetic Evidence for Ancient White Egypt
Live Homo Erectus Throwback Discovered in Brazil
If You Want to Know What Neolithic Europeans Looked Like 9,000 Years Ago, Visit Sardinia
Our White Genetic Interests
Humans: Not as Genetically Identical as We Thought
Tags:DNAGeneticsH. Millard 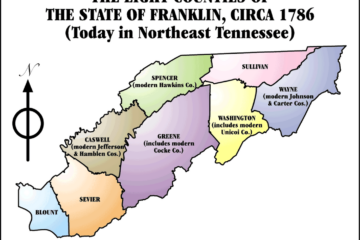 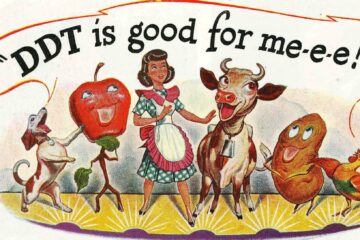 what’s NOT to feel supreme about? Whites had jet airplanes and blacks in Africa still had no written language. To be ashamed of our brilliance would be akin to blacks being ashamed of their athletic prowess.

I Get Called A White Supremacist… Again