Google to De-rank Sites Not Deemed to Be “Truthful” 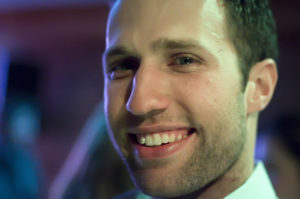 FOLLOWING the lead of Matt Stempeck (pictured), a Jewish developer of “truth determination” software, Google is planning to dramatically lower the search rankings of Web sites that express opinions not deemed “truthful” by quasi-official “fact checkers.”

Up until now, Google rankings were determined by relevance — and relevance was determined by the “crowdsourced” opinions of Webmasters, taken as a whole, who chose to link — or not to link — to a particular site. This has led to the “embarrassing” and “unacceptable” situations of high Google search rankings for National Vanguard, anthraxattacks.net, and Jew Watch, among others.

The solution: rank sites not by relevance, measured impartially by a computer algorithm, but instead by the opinions of self-appointed “experts,” many of them Jews.

(Google, by the way, does not respect your privacy. Many Web users are switching to http://startpage.com/ for both practical and ethical reasons.)

… Google’s search engine currently uses the number of incoming links to a web page as a proxy for quality, determining where it appears in search results. So pages that many other sites link to are ranked higher. This system has brought us the search engine as we know it today, but the downside is that websites full of misinformation can rise up the rankings, if enough people link to them.

A Google research team is adapting that model to measure the trustworthiness of a page, rather than its reputation across the web. Instead of counting incoming links, the system – which is not yet live – counts the number of incorrect facts within a page. “A source that has few false facts is considered to be trustworthy,” says the team. The score they compute for each page is its Knowledge-Based Trust score…

LazyTruth developer Matt Stempeck, now the director of civic media at Microsoft New York, wants to develop software that exports the knowledge found in fact-checking services such as Snopes, PolitiFact and FactCheck.org so that everyone has easy access to them. He says tools like LazyTruth are useful online, but challenging the erroneous beliefs underpinning that information is harder. “How do you correct people’s misconceptions? People get very defensive,” Stempeck says. “If they’re searching for the answer on Google they might be in a much more receptive state.”

White software engineers, guys who carried the load all these years while affirmative action hires coasted, while jews stole the credit, while you were training your incompetent, lying, indian replacement before being laid off by your kike-run company — THIS is your time, your chance, to kill google and many other jew run / jew controlled / ANTI-WHITE organizations.

Just be darn sure you team up with genuine pro-white guys, and don’t get jewed!

Kill Google, but you would white-pill & hire its best white guys afterword of course – lol.

… This has led to the “embarrassing” and “unacceptable” situations of high Google search rankings for… Jew Watch, among others. — Why would GoogleJews find this garbage at Jew Watch “unacceptable?” http://www.jewwatch.com/jew-hatehoaxes-american-nazis.html The following is what Wikipedia has to say about Jew Watch today, 9/11/2017: — Established in 1998,[11] the website is owned and maintained by Frank Weltner, a member of the defunct National Alliance. When it transpired that the anti-Semitic website Jew Watch ranked highest in the search engine Google’s results for the search term “Jew”, a Remove Jew Watch campaign was established, to demand that Google remove the offending website from its listings. Fortunately for the principle of free speech, Google did not capitulate to this particular demand… Forced to act on its own initiative, Remove Jew Watch… Read more »

Google to De-rank Sites Not Deemed to Be “Truthful”