READING, writing, and arithmetic in the schoolroom may seem far removed from the fire and blood of the modern battlefield, but one can nevertheless understand much of the reason for the decline in Americans’ chances on the latter by looking at the causes of their declining performance in the former; the two grow from the same roots, as do also other of our current problems, including our faltering economy. (ILLUSTRATION: Creating and maintaining a civilization requires discipline as well as intelligence. The decline of American education is resulting in grave consequences for our nation.)

No other nation has a more expensive or elaborate system of public education than the United States. Nowhere else is there more opportunity for learning, at all levels.

At the top level America has some of the finest universities in the world, where the frontiers of knowledge have been pushed as far forward as in any other nation, and from these universities are coming as bright and well-trained scientists and engineers as will be found anywhere. Because of them America was able to launch the microelectronics revolution and to take a belated lead in the exploration of the solar system.

But while American industry still produces the world’s most advanced computers, and American astronauts still fly into space in the world’s most sophisticated spacecraft, that vital margin of quality which has been ours ever since the destruction of Germany in the Second World War has now shrunk almost to zero, and within the next decade leadership in technical excellence almost certainly will pass into other hands.

A bit below the top level, America has already slipped so far that she is no longer even second-rate. One indicator of the slippage may be seen in the average scores on the Scholastic Aptitude Test (SAT) administered each year to college-bound high school students across the nation: they have dropped for 18 out of the last 19 years, and the cumulative fall is frightening.

Part of the drop in average SAT scores can clearly be attributed to the frenzied effort to enroll more Blacks in American colleges and universities, at any cost, in order to prove that they are “equal.” Since 1965 government programs have resulted in more than a threefold increase in Black college enrollment. But this only explains the much larger number of students scoring near the bottom of the SAT scale than before; it does not account for the drastic falloff in the number of students scoring near the top.

The fact is that, while a very few bright and well-motivated young Whites are still taking full advantage of the opportunity to learn and are performing as well as they ever did, providing a trickle of new mathematicians, physicists, computer scientists, and engineers at the Ph.D. level to do basic research and to keep America’s increasingly technology-dependent industry running — barely — the great bulk of the White school-age generation is learning substantially less today than young Whites did 20 years ago.

Again, part of the reason is the criminally insane policy of forced racial integration of America’s schools. This policy, by destroying the racial homogeneity of young Whites’ learning environment, has produced a catastrophic rise in alienation.

The best and brightest White students, who know what they want and are determined to have it, have continued to succeed despite racial mixing in the schools. But the average White student, who sets his goals in accord with those of the peers around him, rather than according to an internal standard, has been substantially affected by school integration and the concomitant lowering of performance standards necessary to accommodate Blacks.

There is more to it, however, than the inability of Blacks to handle intellectually demanding courses in the schools, as any employer can testify. Good work habits; punctuality; initiative; neatness and pride in craftsmanship; willingness to tackle difficult, unpleasant, or complex tasks and see them through to the end, no matter what it takes: all these qualities, not just scholastic aptitude, are at a new low among White high school and college graduates, and this is one of the major reasons for declining U.S. industrial productivity and the sagging economy.

Consider this: In a national survey, 75 percent of last year’s high school graduating class reported spending less than five hours per week on homework. Twenty-six percent of them spent four hours or more per day watching television. These figures should help explain why the U.S. Army has to give remedial reading courses to so many of its recruits, White as well as Black.

And the heavy diet of television, which now takes up time occupied 30 years ago by athletics, after-school employment, or homework — activity of some sort, in other words — may have something to do with the pronounced increase in passivity of young Whites.

If one wants to give a deceptively simple name to the most important single cause of the decline in scholastic achievement among White Americans, then one may call it permissiveness: the pervasive attitude that discipline, order, and structure are “repressive”; that pain, hardship, and struggle are things which no one should be obliged to endure; that the greatest possible happiness of as many citizens as possible is the proper goal of government, just as the greatest possible happiness of their children is the proper goal of parents.

To understand better what permissiveness has done to America, consider a few differences between the American and the Soviet educational systems. In the first place, it should be noted that the Soviet system, more or less uniform throughout the U.S.S.R. — even to having the same curriculum and the same set of textbooks in every school in the country (with the exception of special schools for gifted, university-bound children) — sends children to school six days a week for 10 years, instead of five days a week for 12 years, as in the United States.

During his ten years of compulsory education the Soviet student takes five years of physics, while only 9 percent of U.S. high school graduates have as much as one year. The Soviet student also has ten years of shop work, four years of chemistry, five and a half years of biology, five years of geography, three years of mechanical drawing, one year of astronomy — and ten years of mathematics, including four years of plane geometry and two years each of solid geometry and calculus. And, remember, this is not the curriculum for some small elite. This is what every industry-bound or Army-bound young Russian takes in school.

In the United States only 30 percent of the school districts require more than a single year of science or mathematics for graduation, and that minimal requirement is met more often than not by something called “Business Math,” which is hardly more than a glorified arithmetic course. What the American student takes in high school instead of science and mathematics courses is all too often a trendy collection of unfocused, undemanding, cotton-candy confections whose ostensible purpose is to help him “clarify his values” or “develop effective communications” or “expand his imagination.”

The consequence is that he’s not prepared to do much of anything in the real world when he graduates (if he graduates), and so he goes on to college, 54 percent of the time, for more of the same.

The average Soviet high school graduate is ready to enter the industrial workforce or the armed services and cope with the demands which the modern technology on which both are heavily dependent will place on him. He can read a blueprint, overhaul a tractor transmission, use an oscilloscope, and operate a lathe. He can also understand the elements of gunnery, has a pretty good idea of how a gyrocompass works, and can calculate how many liters of fuel his tank needs to get from Bialystok to Warsaw.

His average White American counterpart, while he may have the same IQ, isn’t prepared to cope with anything more technical than filling his car’s fuel tank at a self-service station.

Dr. Izaak Wirsup, a mathematics professor at the University of Chicago who has spent several years studying the Soviet educational system, says: “The disparity between the level of training in science and mathematics of an average Soviet skilled worker or military recruit and that of a non-college-bound American high school graduate, an average worker in one of our major industries, or an average member of our all-volunteer Army is so great that comparisons are meaningless.”

Why has this been allowed to happen? Why is the American high school student allowed to substitute a course in modern dance for calculus? Why is the average college student in this country led to believe that he really knows something about nuclear physics or computers after taking a purely descriptive “science survey” course?

Completely aside from the racial aspect — the need to adapt curricula in this country to the abilities of the Negro — the answer is that calculus isn’t “fun,” except for a very bright few. Understanding how a computer works requires a degree of intellectual effort far, far beyond that required for a passing grade in “Third World Political Systems” or something of a similar ilk. Geometry proofs demand discipline and concentration. Success in a shop course presupposes a certain respect for manual labor. The ability to read with understanding requires enough willpower to turn off the television set.

The terrible truth is that permissiveness has robbed a very large number of young White Americans of the qualities of character required to cope with tasks that are difficult, demanding, or unpleasant: of willpower, self-discipline, and a healthy attitude toward work.

That’s why Japan will soon be taking away America’s lead in the computer industry. That’s why many other American industries — especially defense-related industries — cannot hire but a fraction of the engineers they desperately need in order to apply new technology to production. That’s why the Soviet Union is now ahead of the United States in several very interesting areas of military research and development. And that’s why America is in real trouble.

From Attack! No. 84, 1981, transcribed by Anthony Collins and edited by Vanessa Neubauer, from the book The Best of Attack! and National Vanguard, edited by Kevin Alfred Strom

We Have 100 Years
2 + 2 = "Racism"
The Most Well-Educated Man I Ever Knew
The Democratic Republic is Moribund
National Association for the Advancement of Kosher People
New Russian Gulag Museum Recreates Soviet Terror
Restoring the Republic
The "Is" and the "Ought"
Tags:AmericaAmerica's DeclineAmerican economyAmericansBlacksEducationRacial achievement gapRacial differencesRacial equalityScienceSoviet UnionTechnologyUnited StatesWhite Americans 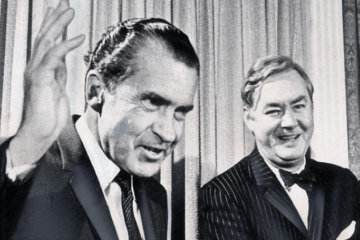 This article is still very true today! Today, the Russian Military hardware(from assault rifles to Nuclear Missiles)are VASTLY superior in both intelligence of design, efficiency and reliability, while costing much less than any US weapon system. Both the SARMAT and TOPOL-M Russian Intercontinental Ballistic Missiles are very superior to the US geriatric Minuteman ICBMs. The Russian BOREY-class Ballistic Missile Submarine, with its associated, R-30 BULAVA SLBM, is also superior to the current Ballistic Missile Submarines of the U.S…. Same goes for just any other current Russian Weapon System.