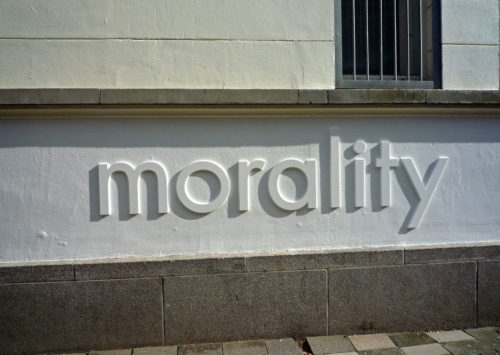 GOD IS not an exception to the principle of power being requisite for making changes or enforcing rules. Where would God be, if He didn’t have the lightning and the tornado at his fingertips or if He could not toss the sinners into Hell? He’d be a puny dispenser of moral advice, which mortals could either heed or disregard, however their whims took them.

The argument that concludes that political power is “sin” at least implies that the reason for its sinfulness is that coercion is the exclusive prerogative of God and that men steal “rights” from God when they use force. However, there’s a loophole in it for bullies. Once that argument becomes embedded in theology, it’s simple for anyone, whether king or highwayman, whether president or voter, to represent himself as one of God’s “licensed contractors,” using force in His Holy Name. Even Mafia bosses can make that claim, and some most likely have.

But the philosophical difficulty does not occur in claims of having the right to be violent. It occurs in the conflict between those claims and the alleged “goodness” — fairness, justice, mercifulness — of the deity. If one must personify God, it would be better to give Him attributes in greater accord with the behavior of the natural world. Then we wouldn’t have so many problems with obvious analogies being in conflict with divine pronouncements: e.g., “The wolf may kill the deer for food, so why may I not kill for gain?” “Because,” replies the theologian, applying a patch, “men are not animals, men are specially above animals; between men and the animals is a vast gulf, like unto that between angels and men.”

This theological patch glares with artificiality.

Furthermore, it does not agree with scientific studies of nature, which indicate that men are animals, differing from other animals most significantly in the degree of intelligence. From science we learn that there is, or at least was, a continuum of evolution from the lower forms of life to the higher ones, with rising intelligence (or, more exactly, consciousness) coming in tiny heritable increments. Where there are gaps, they correspond to the extinction of man’s near competitors, other hominids, as they struggled against each other for control of the resources which all the hominid species needed.

That struggle, by the way, isn’t over. It may never be over. Any hominid group that accepts that the struggle for mastery is finished has merely put itself at a great disadvantage in those struggles — which continue, wanted or not, recognized or not.

It would be better to attribute to deity those qualities that, because they match the actual behavior of the natural world, increase the odds of survival for the faithful: God loves effective people. God aids those who are fierce. God looks with favor on the side having the strongest army. God is usually inclined to let the race go to the swift.

Coercion isn’t sin, provided that one uses it only in the measure to which the results prove him entitled. The only absolute sins are those of defectiveness: e.g., weakness and stupidity. Someone might reply with the rhetorical question: Why would anyone need a god that only affirmed, as moral ideals, what nature causes to happen anyway? I would reply by asking whether there is any use in having a god of a contrary sort, affirming as moral ideals those things that make men less able to deal with the natural world? Will the meek really inherit the Earth? Only if someone strong first seizes it and then presents it to them as a gift — and I doubt that anything of the kind is likely to happen.

Nature has several strategies by which species survive. One of them is an increase in the effectiveness of individuals. Another is extreme fecundity, though the individuals that result may be nearly all mediocre in quality. The former is mainly used by the higher forms of life. The latter is used mainly by the inferior.

Either strategy can be overdone with catastrophic consequences; too-rapid breeding can lead to an overshoot of a resource necessary for survival (as bacteria overshoot the supply of food in a Petri dish) and then die off en masse. Too much emphasis on quality (education, or the comforts of life) can lead to there being too few warriors to fight off invading hordes of lesser creatures, resulting in a die-off from military genocide.

The idea that awaits development is a combination of the two strategies: reducing the reproduction of the least of one’s own sort, and fostering the rapid reproduction of the best thereof. In time, the breed to which eugenic standards are applied will become better, and better — and there’s no reason to suppose that such “guided evolution” can’t continue forever. The race would be as numerous as the bountifulness of their lands permit, and their quality would be continuously improving.

The expense? The least of each generation would have to be barred from reproduction, presumably through sterilization. Further, the lowest would have to be harnessed (enslaved) so that the breeding of the highest could be enhanced. I doubt, however, that the burdens of those so oppressed would be as great as those of the “wage-slaves” we have today. The chief difference is that the nature of the hierarchy would not be obscured with lies. A humble man might find reason to be proud of his place in his race; if he is not the brain or the eyes, he is at least the stomach, the backbone, or the feet, without which his people would be very miserable, indeed.

Toward a Healthy Society 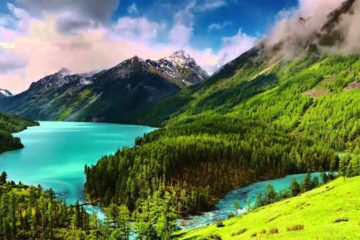 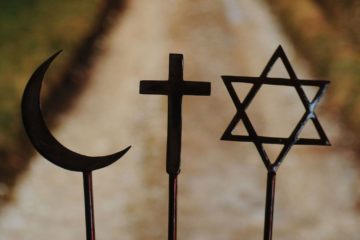