Israeli Journalist States “Protocols Are Being Rewritten by Rich Jews” 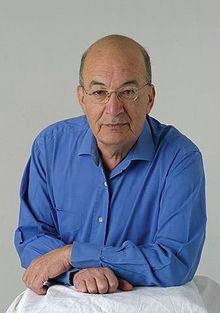 IN THE COURSE of an article urging American Jews not to punish Democrats who refuse, out of party loyalty, to attend Netanyahu’s speech before Congress, Israeli writer Yossi Sarid makes a major admission of Jewish power over U.S. lawmakers: Source (ILLUSTRATION: Yossi Sarid)

Sarid’s admission (below) reveals how wealthy, American Jews wield power over the American government. By infiltrating our government and paying off willing officials, they have wrested control from us, yielding massive corruption. Could it be that the supposedly discredited Protocols of the Learned Elders of Zion have some validity after all? Sarid stated:

“In these very moments, the protocols are being rewritten. Rich Jews are writing them in their own handwriting. They, in their wealth, are confirming with their own signatures what anti-Semites used to slander them with in days gone by: We, the elders of Zion, pull the strings of Congress, and the congressmen are nothing but marionettes who do our will. If they don’t understand our words, they’ll understand our threats. And if in the past, we ran the show from behind the scenes, now we’re doing it openly, from center stage. And if you forget our donations, the wellspring will run dry.”

The Protocols of the Learned Elders of Zion is a document, possibly written in the 1890s, that appears to outline the goals and subsequent steps to achieve world domination by the Jewish people, or more specifically, the Zionists. Some anti-Jewish writers claim that the Protocols was a document of the first World Zionist Conference in 1897; the Protocols were reportedly first published in 1903, in a newspaper, then in 1905, in a book by Sergei Nilus. Regardless of whether or not the contents of the document were really discussed in a secret meeting, they do show us deep insight into Jewish collective behavior.

Israeli Journalist States “Protocols Are Being Rewritten by Rich Jews”