Listen to the interview

IN NO COUNTRY is its constitution so respected and revered — and disregarded — as in the United States. Many Americans, encouraged by public figures such as Sarah Palin, Rush Limbaugh and Ron Paul believe that a major solution to our nation’s ills is to restore the “constitutional republic” and return this country to its constitutional principles. This radio interview with Mark Weber of the Institute for Historical Review will show you what both political factions don’t want you to know about our nation’s founding document and supposed supreme law. He will tackle such questions as these: What do those who call for a “constitutional republic” really want? How realistic is this goal? Just what would a return to constitutional principles mean? How important is a constitution in defining a society?

The US Constitution is widely revered but little understood, says historian Mark Weber in this hour-long interview. Few Americans realize that many familiar federal government programs are, strictly speaking, not constitutional, or that the government laid out in the original Constitution was remarkably undemocratic. What’s decisive in any society is not a country’s constitution, says Weber, but rather the character, basic values and customs of its people.

via the Institute for Historical Review

Read the source article at Beyond 50 Radio 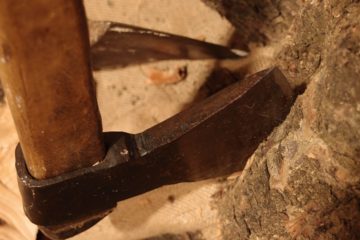 Hmmm, worthy of a listen? I think not. Sounds like a Southern Poverty Law Center piece. Democracy is only second in importance to liberty. The whole point of the Constitution was to enshrine the individual as the sovereign, the government as secondary, as a necessary evil to provide for the protection of those liberties. A democracy is no more than two wolves and a sheep voting on what’s for dinner. Without the Bill of Rights, there is no enshrined protection for minorities. Historically, we Americans don’t want a government to determine the excellence or virtue of its people. What we need is a rule of law, that is enforced equally on everyone.

JT, you should listen to Weber’s interview. He clearly points out the perversion of the Constitution under the “general welfare” clause that has allowed the tyrants in Washington to expand their power and take away our liberty …and make war on innocent people.

It’s great that he was able to get this message out on a general interest radio program too.

I’ll take a listen to your Ron Paul podcasts; thanks for making them available.

Hmmm, I will take a listen, I must have skimmed the article and got the wrong idea. *embarrassed* I thought it was a lefty piece about how the document is outdated, and by undemocratic, i thought he was suggesting it was fascistic (absurd, but you see all the comments on message boards and among cable news analysts).