Tyrants fell when patriots — from Jefferson to eastern Europe’s anti-Communists — raised the consciousness of their nations’ best men and women: We can do the same.

OVER 400 YEARS ago, the French philosopher Étienne de la Boétie (pictured) told us “Resolve to serve no more, and you are at once freed. I do not ask that you place hands upon the tyrant to topple him over, but simply that you support him no longer; then you will behold him, like a great Colossus whose pedestal has been pulled away, fall of his own weight and break into pieces.” There are many lessons for us as a people — and as racially conscious White activists — in la Boétie’s words.

On last week’s program I spoke with David Duke about the political changes that resulted from a change in consciousness in eastern Europe. One day, the Communist bosses controlled the press, controlled the secret police, controlled the military, and exiled, imprisoned, tortured, or killed any who dared to oppose them.

But when the people who provided the support for that system — the people who were productive and paid the taxes, who manned the press rooms and the scientific laboratories and the universities and the machines that kept the economy going — when these White people realized that their leaders were corrupt, when they realized that the system they were supporting was an alien system imposed on them through lies and trickery and force, when they realized that there was a better way, the Communist bosses found themselves overthrown almost the very next day.

Sometimes there was violence when these Communist regimes were overthrown — but often there was not. The change in consciousness made the revolution, and the power that propped up the illegitimate rulers evaporated almost instantly. Their misrule was simply no longer tenable. No one believed in them anymore. No one believed anything they said. And a new and healthier, more natural, order emerged — one better suited to the nature and needs of the people.

We can make a similar revolution in the hearts and minds of White Americans, too. We can make a similar revolution in consciousness. That’s what the men and women of National Vanguard have resolved to do. We’ve already seen that revolutionary awakening happen in ourselves, in many of our friends and family members, and in people we’ve met through our outreach activities. So we know it’s real. We’ve seen it happen.

“Vanguard” is a particularly apt name — for in all his strivings for his people, Dr. William Pierce was part of an elite, a vanguard in the true meaning of the word. Webster’s dictionary tells us that a vanguard is the forefront, the front point of any action or movement.

It can be lonely in the front, because in any age the great masses of the people are conservative in the bad sense of the word. Love them as we may — love them as we should — the majority of our folk, whatever their political persuasions, are still just barely catching up to the advanced ideas of the 18th and 19th centuries like biological evolution and the scientific method, while they are simultaneously mired in many of the more primitive ideas of ages past — like ancient superstitions (sometimes brought up-to-date by neocon con men), egalitarianism, and the false religion of equality. Our goal is to reach the freethinking and intelligent minority that is capable of making history. If we succeed in forming a vanguard of the best and brightest, in time the rest of the race will inevitably follow.

But this isn’t a popularity contest. This isn’t “democracy” in action, where the most persuasive marketing men make a killing by selling a carefully-coiffed candidate or selling something else equally useless. If it were, we would be better off selling snack foods or pain killers or weight-loss pills or sleazy sex magazines, because those things are currently a lot more popular than racial destiny or all-encompassing social change. If all we were interested in was becoming more popular among average White folks, then we would remove all references to Jewish power or White living space or eugenics or evolution from our outreach. By becoming just another “stop illegal immigration” group or “we want equal rights” group, we’d get more members. We’d avoid criticizing the average Joe’s sacred cows. We’d absolve him of making any difficult choices or facing up to any daunting responsibilities. But we’d fail in our mission. We’d have no basis for excluding Jews from our ranks, for example, and no way of preventing them from rising and conspiring and changing our organization from the inside, and corrupting us just as they have corrupted the once pro-White political parties and government in this country. We’d have no sound fundamental basis for excluding Christian Zionists from our ranks and others with similar agendas that would spell the death of our Cause. We’d have no way to prevent the continuous mutation of our aims and goals, as the fickle mob is prodded by the media masters to be excited about this or that. We’d become just like the Republicans or Democrats, in other words. We’d be corrupted. That must never happen. For us there is a different and harder path — making our own media and reaching and convincing the people who really matter.

It’s true that we’ve made errors in the past. I’ve said many times on this program that we should never play into the Jewish stereotypes of the crazed genocidal hater with an unhealthy fascination with weapons and violence, and a cultish affection for the trappings of past regimes as seen through the distorting lens of Hollywood. That’s just guaranteed to attract the wrong sort of person and repel the right sort of person.

We are the healthy people, the sane people, the reasonable and capable and responsible people. We are motivated by the highest and purest love imaginable. Our Cause is the most noble in all of human history. And we are going to bring forth the most intelligent, accomplished, and beautiful generations of White children ever seen — as we build a new civilization, greater than any that has come before. Everything we do, every word we utter, should radiate those images and ideals to all who see and hear us.

Presenting ourselves in this new and more truthful manner does not mean that our principles are “softened” or “compromised.” Far from it. The opposite is true.

My mentor Dr. William Pierce had radical views in the sense that radical means “getting to the root of things.” He wanted his vanguard, his elite, to be thoroughly fundamental in its understanding of the world. Although he almost always phrased things in a way that didn’t drive away good people with conventional views (he wanted suburban liberals and fundamental Baptists and elderly conservatives and rebellious youth to stay around long enough to learn the lessons he was trying to teach), he would never pretend to believe what he didn’t believe. He insisted that our world view is a biological world view and that who we are is defined by genes and evolution, not by language or geography or ancient scrolls.

By presenting the biological world view that great thinkers like William Pierce have articulated, and presenting it in a new way, unfettered by past errors or incompetence or unconscious acceptance of anti-White stereotypes, we can make the best White men, the best White women, and the best White youth understand what is really happening and who they really are.

And that is the key to everything.

Then we can build our vanguard into a new leadership stratum, and a new era of freedom, art, science, and high civilization will ensue.

Let me return to the thought that began this program, by Étienne de la Boétie:

“Resolve to serve no more, and you are at once freed. I do not ask that you place hands upon the tyrant to topple him over, but simply that you support him no longer; then you will behold him, like a great Colossus whose pedestal has been pulled away, fall of his own weight and break into pieces.”

This is what we must do. And to succeed we must reach the elite — and by that I mean the capable and intelligent and freethinking from every walk of life — who set the trends and make things happen.

Just as the rediscovery of Classical learning and culture by a small elite during the Renaissance eventually remade the Western world and brought into being our universe-shaking science and technology, so too shall our new elite — as it rediscovers truths about race hidden from us by the Jewish supremacists, and as it discovers new truths, principles, and strategies of its own — remake the world into a fit place for future White generations.

Just a few days ago I took one of my children to visit Monticello, Thomas Jefferson’s home, located just a few miles from Charlottesville. Jefferson was a brilliant man and, like most of the founding fathers, he was also a racial separatist..

Jefferson wanted racial separation on a continental scale, and he was the author of a Virginia statute that made racial mixture a serious felony.

Like la Boétie, Jefferson also spoke about the tendency of people to suffer under bad leadership, when he said in the Declaration of Independence: “… all experience hath shown, that mankind are more disposed to suffer, while evils are sufferable, than to right themselves by abolishing the Forms to which they are accustomed.”

Jefferson and his fellow patriots built a vanguard of White people who would no longer suffer tyranny, whose questing souls found anything less than real freedom and true self-determination to be intolerable. They did abolish the old forms, and create anew. With will and persistence, we can do the same.

Based on the American Dissident Voices broadcast of May 15, 2005 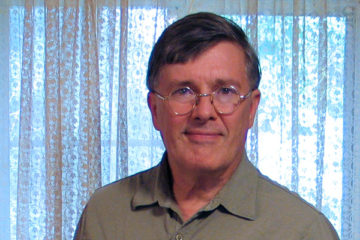