Edgar Steele (pictured), a courageous pro-freedom attorney, is fighting for his very life against a corrupt government that wants to silence him.

I SAW ED on Friday afternoon. I spent nearly the full hour with him until he needed to use the last few minutes to call [his daughter] Kelsey. It cheered him to learn that fund raising had done as much as it has but he is a realist and knows that $200,000 is needed to hire a big shot.

The jail visitor area was nearly deserted as compared to previous visits now that they have their new policy in place: an approved list with only five authorized potential visitors at any given time. Where before the sign-in area was a tumult of visitors waiting their turn, this time there were maybe fifteen total visitors to the jail. It seemed very quiet to me. If Wes Hoyt [Cyndi’s attorney] is correct, this new policy is entirely due to the jail holding Edgar and limiting visits to him.

Previously there would have been fifty to sixty visitors waiting to see inmates. I got right in though. The lady at the front desk, Crystal, said they liked it a lot better this way. The people I saw turned away because they did not know about the pre-approved list did not appear so enthusiastic about the new policy.

Anyway, back to the visit with Ed. When I told him that about $20,000 had been raised he told me that his Public Defender now has two recordings that they have heard. There is apparently a third one but they haven’t heard it.

These are copies of the originals. He suggested that the $20,000 be used to pay an expert or two to analyze the tapes they have and see what flaws can be detected.

I told him about Cyndi’s upcoming visit to Chicago to speak at a fund raising event and that cheered him. He was almost as surprised to learn that his pal Jeff was organizing a fund raising effort in California. He did not realize the size of his support. As Wes Hoyt said, it is important that he realize he has a lot of support from people who are working on his behalf on the outside. He said that this was one of his good days.

He would like people to send him books, escapist fiction only. He is limited to five books per mailing and I cannot remember if it is five books total in possession at a time. I think that was right. Anyway, the books must be purchased and mailed from a book dealer, paperbacks only. The jail will return hardbacks to the sender. I an sending him five books today from Amazon, lurid adventure fiction, ala Ludlum, Cussler and Clancy. He says they pass them around in the jail among the prisoners.

He is now on the fourth floor. I asked him if they were moving him closer to the exit but he said he did not think so.

The writer, who visited Edgar Steele on the eighth of this month, is a neighbor and friend of the Steele family. 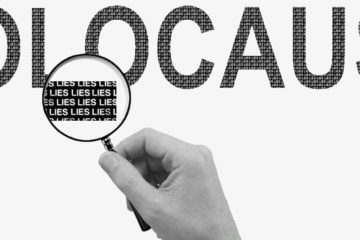