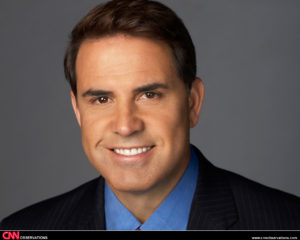 Who Runs Hollywood? C’mon I have never been so upset by a poll in my life. Only 22% of Americans now believe “the movie and television industries are pretty much run by Jews,” down from nearly 50% in 1964. The Anti-Defamation League, which released the poll results last month, sees in these numbers a victory against stereotyping. Actually, it just shows how dumb America has gotten. Jews totally run Hollywood.

But I don’t care if Americans think we’re running the news media, Hollywood, Wall Street or the government. I just care that we get to keep running them.

…[I]t’s worth pointing out that when this “Latino” newsreader of European extraction said that Jews prevailed at his news corporation and most others,

Whatever one might think of Jewish influence in the media, the fact that Joel Stein is allowed to gloat about the fact — and Rick Sanchez hounded for alluding to it — amounts to one of America’s biggest double standards in a crowded field.

This scandal has also reminded me of Stephen Steinlight’s arguments…. For years, Steinlight has been saying that new immigrants, particularly those from the Hispanic Third World, lack the sentimental visions of Jews as powerless and pitiable held by most American gentiles, and would be far less accepting of Jews in positions of power.

Trump Almost Got It Right: Some People Were Arrested for Celebrating 9/11 — But They Were Israeli
What Makes Madeleine Run
Aristocracy, Degeneracy, and Swarms of Jews
“Wokeness” is a Jew Construct
Close the Border!
Royce Mann, Boy Who Recited 'White Privilege' Poem, Revealed to be Jewish
Hungary: Jewish Group to Get State Funding
American Dissident Voices: What is Right and What is Wrong
Tags:JewsMedia controlRichard SpencerRick Sanchez

Stein says “As a proud Jew, I want America to know about our accomplishment. Yes, we control Hollywood. Without us, you’d be flipping between “The 700 Club” and “Davey and Goliath” on TV all day.” Not quite. There would be 100% white pro-sports leagues and Olympic events, and TV shows and movies, all gay and wholesome (before the meaning of those Anglo-Saxon words were perverted by the jewsmedia), where negroids are treated realistically or excluded and never dare lay their shit-skin on Whites – as in the real world we’d restore. There’d also be this: https://www.youtube.com/watch?v=a6cHaiToduU https://www.youtube.com/watch?v=xQrL49JKCXo https://www.youtube.com/watch?v=6l3L_QAmpdE But Richard is right, many non-whites have refreshing belief-systems that view jews as frauds – in pivotal positions in media, government, academia and law while being too greedy, lazy or incompetent for… Read more »