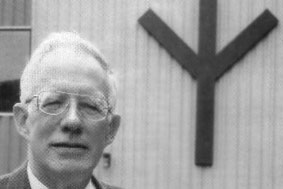 THE PROPER STRUCTURE of any organization depends on the goals of that organization and the conditions under which it is obliged to strive toward those goals. The long-range goals of the National Alliance are of unprecedented magnitude, and the conditions under which we must work, while not unprecedented in difficulty, are certainly formidable enough.

We want to build a whole new world, and we want to build it on a radically different ideological basis from that of the present world. In order to do so we must contend with the most determined and even fanatical opposition from the carriers of the Judeo-liberal-democratic sickness and from all those with a vested interest in the present System. Unfortunately, our opponents are able to marshal overwhelming forces against us and have almost unlimited resources at their disposal. Their chief strength, of course, is their monopoly control of the mass media. Not to be forgotten, however, are their dreadful power of the purse and their ability to deploy all the police powers of the state against us.

We are at present not only a minority but an unpopular minority. If our fellow Americans had not been hypnotized by the mass media, most of them would find themselves in agreement with the ideals for which we stand. But the Enemy has managed to raise a barrier of fear and misunderstanding between us and the public, a barrier which we must break down.

Although a national awakening is already beginning, until we have been able to completely overcome the insidious effects of the Enemy’s brainwashing of our fellow Americans – and that is a task which must be measured in years – we must count on the continued indifference or hostility of many of those we are trying to reach, and we will remain a minority, albeit a growing one.

These considerations condition the general organizational principles which guide us in the building the Alliance. Those general principles are:

1) FUNCTIONALITY. The Alliance must grow in a functional way. Its form and structure must be determined, first, by its primary task, which is the propaganda of our message of hope for a spiritual rebirth and a new life for our race; and, second, by its secondary task, which is to provide, eventually, the complete organizational framework for a new society and a new government.

In other words, we are and will remain, first and foremost, a propaganda-making organization. We understand the term propaganda in its broadest sense, including both propaganda of the word and propaganda of the deed – in short, all feasible means for capturing the hearts and minds of our fellows. But we are also the see of a new society, a new racial and national community. As time passes and we gain members, that seed will grow into a complete and functional community within the larger community which it will one day replace, a state within the state which it will one day supersede.

2) MASS ORIENTATION. The Alliance must have a mass basis of support and of participation in its program, and it must keep is propaganda oriented toward a mass audience. It must avoid dependence for its support upon the representatives of any single special interest, and it must not restrict its appeal to any segment of the population defined in terms of occupation, income, age, geography, educational level, or present ideological orientation.

3) PERSONALITY. From the generalized mass which responds to its appeal, the Alliance sifts out those most capable of strengthening its cadres. The structure of the organization must always be such that the man or woman with greater understanding and self-discipline is able to fill a proportionately greater role in its program and make a larger contribution to its efforts than those less well endowed.

4) UNITY. The Alliance must be monolithic in purpose, in doctrine, and in strategy. Although it draws its recruits from left and right, from both radical and conservative elements of the population, and although it utilizes them in many different ways and to many different degrees, it must keep them always directed toward the common purpose.

5) FLEXIBILITY. In tactics the Alliance must remain completely flexible. Any means are permissible in achieving its ends, so long as the means do not contradict the ends.

Though our purpose remains unchanging, we may change tactics from day to day or use different tactics in different places at the same time. Our doctrine is based on the eternal and God-ordained laws of Nature, but our tactics are based on the demands and the resources of the moment.

The ways in which these five principles of organization are applied to the structure and growth of the Alliance cannot be fully discussed here, but a few illustrative examples can be given. The principle of functionality lies behind the relative emphasis given to the production and public distribution of ATTACK! (Dr. Pierce’s publication of the time, and the predecessor of National Vanguard), as opposed to other activities which might receive this emphasis instead.

An ultra-left group, such as the Symbionese Liberation Army, can kidnap someone or blow up a government building, and the news media will glamorize that group and disseminate its message to the public. That doesn’t work for us, however. If we want the public to recognize and understand us, we must reach them through our own channels of communication. Since our aim is to replace existing institutions with our own, we must develop the basis for a smoothly functioning propaganda machine which can grow and diversify and become stronger until it if effectively competing with the controlled media for the attention of the public.

The principle of mass orientation has not played as large a role in the growth of the Alliance as it will in the future. When the economy is functioning smoothly enough so that the average citizen can maintain his accustomed standard of living, it’s hard to attract his attention to even the most urgent racial, social, or political issues. The world may be crumbling into ruin around him, but so long as he can sit in front of his TV set with his beer, he doesn’t care. Only a racially conscious minority will respond to the appeal of the Alliance under such conditions. But when the economy falters, the masses become more receptive to criticism of the System and more willing to consider alternatives. There has already been an increase in emphasis on economic issues in our propaganda in the last few months, and the future will see a further shift in this direction as well as the introduction of new propaganda techniques more suited for reaching a mass audience than our previous efforts.

Our mass orientation affects the choice of our means of propaganda as well as its content. Thus, we have shifted from mailing as the primary means for the dissemination of our propaganda materials, to street distributions. Mailings generally go to a minority which has already given some evidence of a particular ideological orientation, whereas street distributions reach everyone.

The principle of personality stems from a recognition that human history is a record of the thoughts, achievements, and deeds of exceptional individuals. Applied to the structuring of a society or an organization, it tells us that the most progressive structure is the one which has built into it a mechanism of natural selection for bringing those individuals of greatest ability and will into positions of leadership.

Thus, the Alliance provides a maximum opportunity for individual initiative on the part of its members. Those who seize this opportunity are able to play a leading role in the development of the Alliance. Those who do not will never be artificially boosted into leading positions. Authority within the Alliance is always earned, never bestowed as a favor.

The policy of the Alliance, which consists of members widely distributed geographically, is maintained through the leading role played by the National Office. Although individual members and Action Units often produce their own leaflets dealing with local issues and otherwise engage in propaganda on their own initiative, ATTACK! provides the ideological guidelines for everyone.

Genes, Free Will, and Sharks