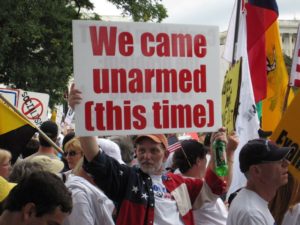 Is there any possibility of a meeting of the minds of the non-Zionist Left with the Constitutional Right? Nader gives us some reasons to think about it.

HERE ARE ten Questions for Tea Partiers that they want or do not want to answer. I say it this way because people who call themselves Tea Partiers do not have the same view of politics, government, Big Business or the Constitution. Their opinions range from pure Libertarian to actively furthering the privileges of plutocracy. Their income and occupational background vary as well, though most seem to be middle-income and up.

My guess is that most Tea Partiers come from the conservative wing of the Republican Party who are fed up with both the corporate Republicans like Bush and Cheney, as well as the Democrats like Barack Obama and Nancy Pelosi.

With the above in mind, the following questions can serve to go beyond abstractions and generalizations of indignation and get to some more specific responses.

1. Can you be against Big Government and not press for reductions in the vast military budgets, fraught with bureaucratic and large contractors’ waste, fraud and abuse? Military spending now takes up half of the federal government’s operating budgets. The libertarian Cato Institute believes that to cut deficits, we have to also cut the defense budget.

2. Can you believe in the free market and not condemn hundreds of billions of dollars of corporate welfare-bailouts, subsidies, handouts, and giveaways?

3. Can you want to preserve the legitimate sovereignty of our country and not reject the trade agreements known as NAFTA and GATT (The World Trade Organization in Geneva, Switzerland) that scholars have described as the greatest surrender of local, state and national sovereignty in our history?

4. Can you be for law and order and not support a bigger and faster crackdown on the corporate crime wave, that needs more prosecutors and larger enforcement budgets to stop the stealing of taxpayers and consumer dollars so widely reported in the Wall Street Journal and Business Week? Law enforcement officials estimate that for every dollar for prosecution, seventeen to twenty dollars are returned.

5. Can you be against invasions of privacy by government and business without rejecting the provisions of the Patriot Act that leave you defenseless to constant unlawful snooping, appropriation of personal information and even search of your home without notification until 72 hours later?

6. Can you be against regulation of serious medical malpractice (over 100,000 lives lost a year, according to a study by Harvard physicians), unsafe drugs that have serious side effects or cause the very injury/illness they were sold to prevent, motor vehicles with defective brakes, tires and throttles, contaminated food from China, Mexico and domestic processors?

7. Can you keep calling for Freedom and yet tolerate control of your credit and other economic rights by hidden and arbitrary credit ratings and credit scores? What Freedom do you have when you have to sign industry-wide fine print one-sided “contracts” with your banks, insurance companies, car dealers, and credit card companies? Many of these contracts even block your Constitutional access to the courthouse.

8. Can you be for a new, clean system of politics and elections and still accept the Republican and Democratic Two Party dictatorship that is propped up by complex state laws, frivolous litigation and harassment to exclude from the ballot third parties and independent candidates who want reform, accountability, and stronger voices for the voters?

9. If you want a return to our Constitution—its principles of limited and separation of power and its emphasis on “We the People” in its preamble—can you still support Washington’s wars that have not been declared by Congress (Article I Section 8) or giving corporations equal rights with humans plus special privileges and immunities. The word “corporation” or “company” never appears in the Constitution. How can you support eminent domain powers given by governments to corporations over homeowners, or massive week-end bailouts by the Federal Reserve and Treasury Department of businesses, even reckless foreign banks, without receiving the authority and the appropriations from the Congress, as the Constitution requires?

10. You want less taxation and lower deficits. How can you succeed unless you stop big corporations from escaping their fair share of taxes by manipulating foreign jurisdictions against our tax laws, for example, or by letting trillions of dollars of speculation on Wall Street go without any sales tax, while you pay six, seven or eight percent sales tax on the necessities you buy in stores?

Read the full article at Counterpunch

Principles of Organization
Why Conservatives STILL Can’t Win
White People: Stop Being Stupid
Why Conservatives Can't Win
Jewish Control of Left and Right: The Case of National Review
2020 Presidential Election Recap -- Trump has No One to Blame but Himself
Talking Points for Demolishing Dinesh D'Souza
Conservatism or Radicalism? A Call for a Spiritual Elite
Tags:ConservatismLeft-Right confluenceRalph NaderTea Party movement

Conservatives and Liberals: Both Hate Whites 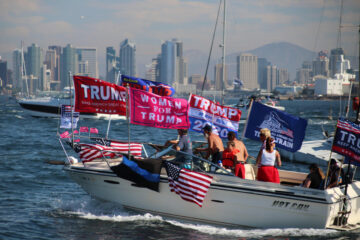 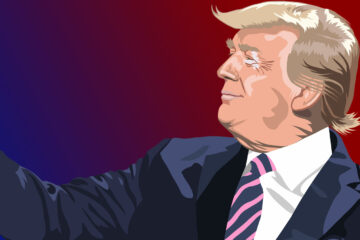 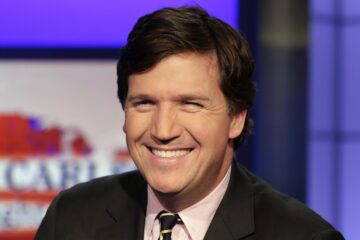 Conservatism 101: What You Need to Know