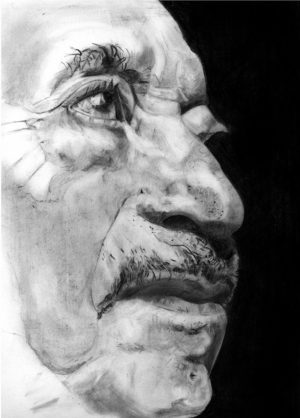 DAILY MAIL writer Guy Walters wrote a particularly hard-hitting article on the fraudulent nature of the claims of Simon Wiesenthal (pictured) and also on the fraudulent persona of Simon Wiesenthal. After we excerpted his piece at greater length than he or the Mail thought appropriate, he offered to syndicate it to National Vanguard for $800 (see below). We do believe his words deserve greater currency, but we will pass on the syndication for now. In his piece, he says:

“For millions around the world, Simon Wiesenthal is seen as a hero…. Those who read his memoirs could only marvel at his wartime heroism and incredible escapes from death at the hands of the Nazis. It seemed as if Wiesenthal’s mission was almost divinely given, the gods sparing his life for some higher purpose….”

Walters goes on to briefly review a new book on Wiesenthal’s life, and adds that his own research reveals an even more shocking truth:

“Dr Segev shows that so much of Wiesenthal’s account of his life was the product of exaggeration and self-mythologising. …[T]he truth is that the great Nazi hunter is far, far worse than Dr Segev makes out. In my view, Simon Wiesenthal was a liar and a fraud. In fact, I’d go so far as to say he was one of the biggest conmen of the 20th century.”

Everyone should read Mr. Walters’ piece, and we add that it very largely confirms what Mark Weber of the Institute for Historical Review has been saying about Wiesenthal for many years:

“It is difficult to say just what drives this remarkable man. Is it a craving for fame and praise? Or is he trying to live down a shameful episode from his past? Wiesenthal clearly enjoys the praise he receives. ‘He is a man of considerable ego, proud of [his] testimonials and honorary degrees,’ the Los Angeles Times has reported. Bruno Kreisky has given a simpler explanation. He said that Wiesenthal is ‘driven by hatred’ (von Hass diktiert).

“In light of his well-documented record of deception, lies and incompetence, the extravagent praise heaped upon this contemptible man is a sorry reflection of the venal corruptibility and unprincipled self-deception of our age.”

Read the full Walters article at The Daily Mail

The Exemplary Jews
Hitler’s Invasion of the Soviet Union
Indiana Jewish Organizations Join Criticism of Religious Freedom Restoration Act
The Influence of American Jews in the Media
The Jewish Plot Against America
Jews in Czarist Russia
Somewhere Behind the Rainbow
In Florida, It Is Now Illegal to Say "Jews Control Hollywood"
Tags:HistoryHolocaustJewsSimon WiesenthalWorld War 2

As the answer to both questions is ‘no’, then you now have two options:

1. Pay me and the Daily Mail $800 immediately as a syndication fee.
2. Remove the article from your website.

If neither of these actions take place in the next 24 hours, then legal action will ensue, and believe me, it will.

Hello Mr. Guy Walters. I just want to let you know that I highly respect your desire to protect your intellectual property, and am absolutely impressed with the cordial and charitable way in which you have phrased this monetary extortion. Keep fighting the good fight.

Is Mr. Walters really concerned about the 800.00 dollars or is this his attempt to take the MORAL HIGH GROUND? You calling out Mr.Wiesenthal for the Zionist fraud that he was.Then pulling the article from the Vanguard has made you no friends with the Zionist movement as well as those who wish to expose them for the CONMEN they are. You simply stated the facts. And for that i commend you.But the very least you could have done was to give the real reason for you not wanting the Vangaurd to run your article.I find your deception not on that of the level of the person of which you write.But deception of a lesser degree.

Nope to all of that. I’m just sick of my work being stolen. Couldn’t give a toss whether it was a Zionist site, or an anti-Zionist site, or a site advocating free speech for giraffes – just bored of copyright violation.

I wasn’t familar with Guy Walters before the Vanguard ran his story. There’s a saying “There’s no such thing as bad press.” I’m sure he was compensated for this article when it ran in the Daily Mail. And any reader of the Vanguard could have read his article at the Daily Mail for free and without protest from Mr. Walters.I have some doubt that Mr.Walters has any recourse for compensation from the Vanguard.After all they did mention that the article was published in the Daily Mail by said writer. And it is i sir that is now bored with your insincerety.

National Vanguard has no dispute with Guy Walters. After all, he dared to question one of the sacred icons of the kleptocracy and the imposed secular religion of West, and he deserves accolades for his courage as well as his talent. I would add, though, that we only excerpted his story in accordance with the concept of Fair Use, and we directed everyone — with prominent links — to the full essay, as we still do. Mr. Walters thought, apparently, that we’d excerpted too much but offered to syndicate us the entire piece for a fairly low price. So, again, we appreciate his offer and, even though we will have to be satisfied with a shorter excerpt and summary, we hope that our readers continue to discover and follow his… Read more »