Excerpt from the Spokesman-Review: THE WIFE of a North Idaho lawyer accused of plotting her murder said federal agents knew a pipe bomb was attached to her car before it was discovered at a Coeur d’Alene auto shop, but they withheld the information in what she said amounts to a conspiracy against her husband.

“My husband is innocent, and the only reason the (Federal Bureau of Investigation) put him in jail is to silence him,” Cyndi Steele (pictured) said in a news conference Monday in Coeur d’Alene.

Accompanied by her lawyer, Wesley Hoyt of Colorado, Steele blasted the federal government for what she said was a rush to convict her husband, Edgar Steele, using false claims made by a man trying to hide his theft of silver from the Steeles.

She said the federal government targeted her husband because of his history of defending the “politically incorrect” and ignored the criminal acts of Larry Fairfax, who federal agents say is a would-be-hit-man-turned-informant.

“The FBI refuses to do its job. They refused to properly prosecute Larry Fairfax,” Steele said. “They have failed to arrest and charge the unnamed accomplices of Larry Fairfax, and I’d like to know why.”…

Steele said Monday that Fairfax had performed maintenance work for her family since the late 1990s but had recently filed for bankruptcy. He approached the FBI about the supposed murder plot only after Edgar Steele realized Fairfax had stolen $45,000 in silver from his home, Steele said.

Eager to jail her husband, who gained international notoriety when he represented the Aryan Nations in the civil case that bankrupted the racist group, federal agents went along with the fraudulent scheme, she said.

She recently helped nurse him back to health after two aneurysms. She also emphasized that her husband recently helped pay her mother’s mortgage. “Ed has no motive to kill me, or us.”

“I just know that we’re proceeding with our case as we believe is appropriate,” Whelan said.

Federal authorities have not publicly commented on a possible motive for the murder plot. Steele said she’s been told several reasons, none of which is true, she said.

Edgar Steele is incarcerated at the Spokane County Jail. His trial is set for November.

Fairfax is to plead guilty to two federal firearms charges in October. Cyndi Steele said he deserves to be charged with attempted murder for the pipe bomb discovered under her car on June 15.

Fairfax was arrested after auto shop employees found the device; the FBI said he spoke about it when he approached them about the murder plot. But Steele said she believes federal agents had known of the pipe bomb since a couple days before her husband’s arrest. She said she heard the word “bomb” mentioned multiple times on the recordings between Fairfax and her husband, but federal agents said they hadn’t heard it…. Steele said she won’t feel safe until Fairfax’s accomplices, including a man who federal agents say traveled with him to Oregon to check on the pipe bomb, are arrested.

Hoyt played a voice mail he received Monday from an anonymous caller naming an alleged accomplice of Fairfax’s. The caller claimed Fairfax and the man had told FBI agents about the pipe bomb long before it was discovered at the auto shop.

Hoyt, who served as prosecuting attorney in Idaho County from 1994 to 1997, said the government has the ability to manipulate voice recordings and said murder for hire is a charge often brought by federal prosecutors to target specific people.

He pointed to the case of David Roland Hinkson, a wealthy North Idaho businessman convicted in 2005 of plotting to kill officials involved in a tax case against him. Described as a “hard-core patriot” by his anti-government associates, Hinkson is to be released from prison in 30 years.

Read the full article at the Spokesman-Review

Cyndi Steele to Speak Across America
Holy Holocaust!
When the Fix is In
Why is the FBI Protecting the Idaho Pipe Bomber?
Victory Number One in Edgar Steele Case: Cyndi Can Visit Her Husband
Edgar Steele Case: Prosecution Grasping at Straws
Judge Excludes Experts; Jury Convicts Steele
Cyndi Steele: Allow Me to Speak to My Husband!
Tags:Cyndi SteeleEdgar J. SteeleFalse prosecution 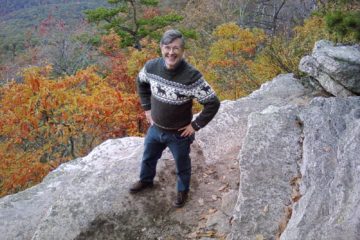 Defending the politically incorrect seems to be the norm nowadays with people challenging our govt. to return to the U.S. Constitution.

What surprises me (maybe not surprise) is that the FBI knew about the bomb and did nothing! Why is that?

Americans are seeing the federal tyranny getting stronger & doing anything it can to keept/gain more power over Americans.

I strongly recommend everyone to just read a book out about a small town that encountered the same federal tyranny & ending up taking a stand. It’s great cause it could be our home town soon & us defending our freedoms. It’s a must read for all of us.
http://www.booksbyoliver.com